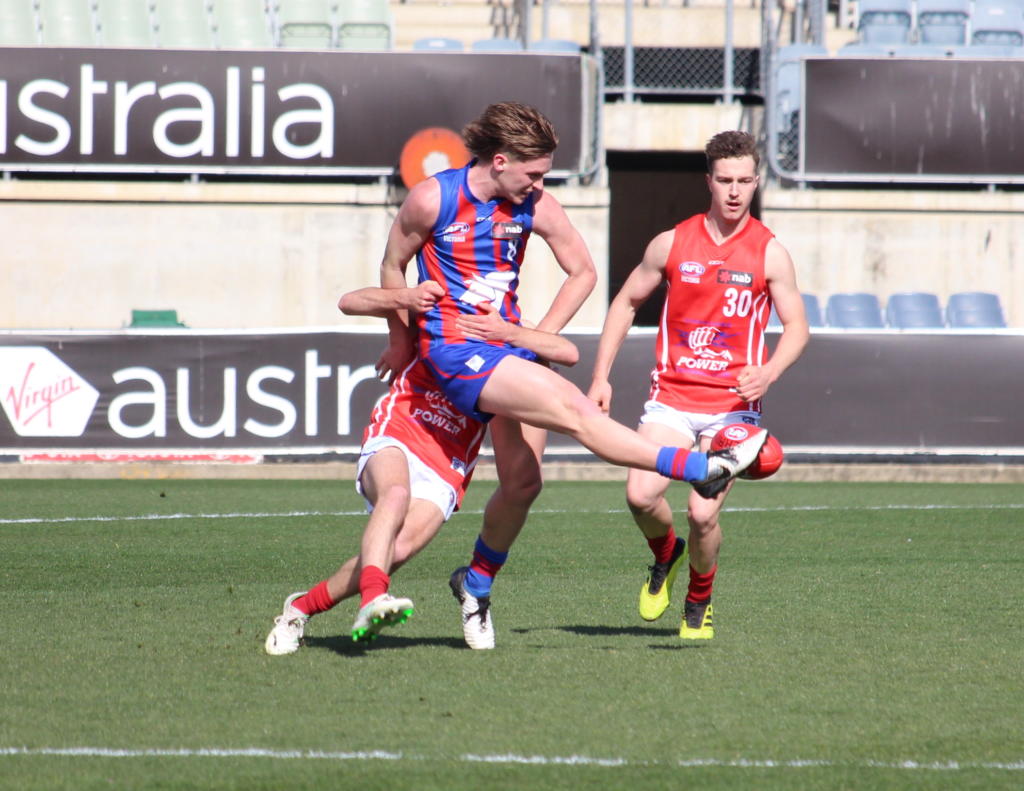 WITH only senior leagues running this weekend at the elite level for men’s and women’s, we run through the AFL Round 1 debutants who after toiling away in the state leagues, waiting a few years at club land or impressing so much in an off-season to earn a spot, will run out for their respective teams and live out their dreams. We will add Sunday’s games once the team lists are confirmed.

The mature-age nuggety midfielder-forward has one of the most fascinating journeys to the big time after going through the pathways and being a poster boy for never giving up. Regarded as one of the hardest workers going around, the former Eastern Ranges’ premiership captain and then Frankston and Williamstown star at state level, Cavarra has been made to really earn his chance at the top level. It almost came last year but an injury setback ruled that out, instead playing 12 VFL games where he booted 19 goals. It followed on from some promising seasons where he reinvented himself as a forward having always been a reliable ball-winning midfielder. Possessing some elite athletic traits, Cavarra will show the AFL world that if you are good enough, you are tall enough when he runs out tonight at Marvel Stadium.

In another feel-good story for tonight’s game amongst all the despair in the world, Gavin Brown‘s second son Tyler will join his brother Callum out on Marvel Stadium for his debut. The former Eastern Ranges’ midfielder has that Pendlebury-like time and space and while still raw, he has that touch of class about him that will no doubt show over time. Brown is in his third season with the club and has put on six kilograms since his Under-18 year, where he weighed up 71kg. Still on the lighter side, Brown is a comfortable 188cm and his scope identified as a teenager is starting to come to the fore. More importantly, he showed during the Marsh Series that he is capable of winning the ball which was the question mark on him at junior level, because he rarely wastes a disposal. A long-term prospect but one who has earnt his spot.

The bolter from the 2018 National AFL Draft is ready to debut for Fremantle and those in draft circles will remember his rise from performing at school footy to really having an impact for the Dandenong Stingrays in the run home to the TAC Cup premiership. He is an elite athlete across the board with a ridiculous vertical jump. He was always going to need time to develop given he had not spent a lot of time in an elite program and was still raw, but now 12 months down he has done enough for the Dockers to give him a chance. Rewind to 2018, and remember Sturt lit up in big games, booting 11 goals in six games and was a dead-eye when it came to set shots. If he gets to control the airways, look out.

An All-Australian key position defender and a more than capable forward for the Dragons at times, McAsey was identified as a player who could fill the Crows’ void of key position players. Having lost Jake Lever and Alex Keath in back-to-back years, McAsey will play in that back 50 and looks to have been given the responsibility of holding down centre half-back. In his debut game, he could face another top 10 pick in Nick Blakey who showed in glimpses what he was capable of on his debut year last year, and it sets up a tantalising match-up. His reading of the play and overhead marking is a strength, able to clunk grabs that few his age can.

An absolute bull at the contest, it comes as a shock to no-one that the New South Wales prospect is lining up for last year’s grand finalists in Round 1. Showing he would arguably get a gig in any AFL side from the get-go, he is an absolute star when it comes to ball-winning and clearance work. Green has been touted as the next Patrick Cripps, and while that is high praise, it is easy to see why. Last year he amassed 33.0 disposals and 10.3 clearances across four games in the NAB League for the GIANTS Academy, then produced it again through the Under-18 National Championships with a carnival average of 23.8 disposals and 8.0 clearances, as well as averaging more than four tackles across both competitions. A fantasy lock for those who enjoy playing SuperCoach or AFL Fantasy.

The SUNS’ rebuild looks set to add a trio of talented players with last year’s top two picks and an Academy talent making their debuts in Round 1. Oakleigh Chargers’ premiership players Anderson and Rowell will no doubt be key inclusions through the midfield, with Anderson also likely to impact up forward. Budarick was a free get by the SUNS and an absolute steal at that, with the small utility able to play anywhere on the ground. In the clash against Port Adelaide, Budarick could take on former Western Jets’ talent Zak Butters who was another with an impressive debut season last year.

In 2019, Rowell averaged a whopping 31.7 disposals, 4.1 marks, 8.6 tackles, 8.3 clearances, 4.4 inside 50s, 1.7 rebounds and won the Chargers’ best and fairest, his second consecutive best on ground medal in the NAB League Grand Final, and made the All-Australian team. Anderson oozes X-factor and impact as the taller player who can roam through the midfield or provide a leading target inside 50. He averaged two goals a game from seven matches last year with the Chargers, also racking up 28.3 disposals, 3.0 marks, 3.6 tackles, 4.7 clearances, 4.0 inside 50s and 1.4 rebounds in a remarkable season where he too made All-Australian. Budarick was the best player in the Division 2 Academy Series captaining the Gold Coast SUNS on his way to 25.2 disposals, 6.2 marks, 8.2 tackles, 5.8 inside 50s and 2.2 rebounds in the NAB League. He is a tackling machine who earned a spot in the back pocket of the All-Australian team last year, and that is where he has been named in his debut game. Watch for his skill and tenacity.

A high-flying talent who missed all of 2019 with a quad injury, Georgiades is one of the surprise Round 1 bolters. He impressed over the pre-season for the Power, and from his bottom-age year back in 2018, showed off his talent with some aerial tricks. On his way to 10.3 disposals, 3.5 marks and almost a goal per game at the Under-18 Championships, Georgiades also stood out in the Colts competition with 13. disposals, 5.8 marks and 1.3 goals per game. What he offers is an unmatched aerial ability that will no doubt see him compete for the highlight reel each and every week. While he might not have had the match fitness last season, his ability to come straight into the program and already influence the coaches enough with his performance to get a gig is saying something.

The 200cm-plus key position forward finally makes his debut after missing the majority of his top-age year through an anterior cruciate ligament (ACL) injury and then just as he looked to debut last year, injured his ankle and missed out on his chance. That chance has now come after a confident Marsh Series where his ability to fly high, burst away from opponents and do things that players his size should simply not be able to do. The hype is high on the former Sandringham Dragons’ forward, but it is also real, having clocked a sub-three second 20m sprint at testing and booting eight goals against eventual grand finalists, Oakleigh in the first round of the season. No doubt Saints fans will be watching him more than any other player with his ability to break open a game.

The Dees have announced two debutants for their Round 1 side, with Luke Jackson named on the extended bench but set to just miss out on selection. The two into the side are first round pick, Pickett and a member of Melbourne’s Next Generation Academy from the 2018 AFL National Draft, Bedford. Both have class, skill, speed and pressure and are sub-180cm but will add a forward pressure to the Demons side and ensure the ball is retained inside forward 50. In his top-age year in 2018, Bedford was a tackling machine at NAB League level, laying 5.2 tackles from 136. possessions whilst averaging almost a goal a game. Playing more of a pressure role up the field for Vic Country, Bedford had 6.8 tackles from 12.3 disposals at the Under-18 National Championships. Pickett was a highlight-reel forward with great pressure on the ball-carrier and despite standing at 170cm, earned a place in the League side for Woodville-West Torrens. While he only played the two games, he laid six tackles and ran at 50 per cent contested showing he was not afraid of bigger bodies. For South Australia, he booted a couple of goals from 13.7 disposals and 2.7 tackles at the championships.