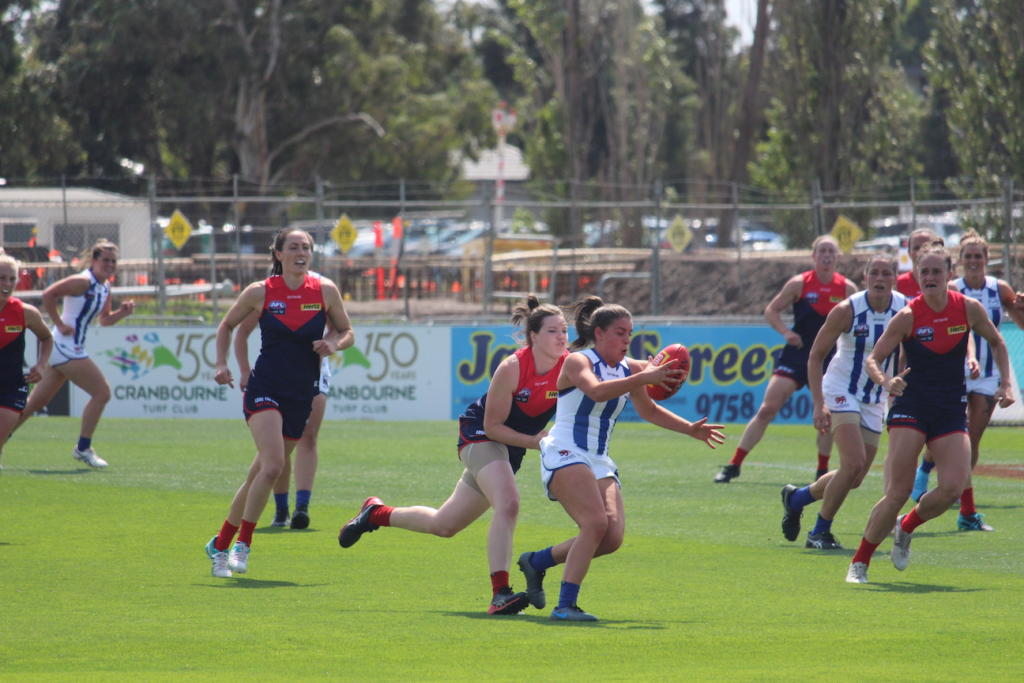 EIGHT AFL Women’s sides remain in the hunt for a maiden premiership after a landmark decision by the AFL to cancel the remaining two rounds of the season and proceed straight to finals. With four options put forward to the AFL Women’s players during the week following the global concern over the COVID-19 pandemic, it turned out none of those choices were picked to close out the 2020 season. By the end of the night, reigning premiers Adelaide and 2018 premiers Western Bulldogs were among six sides eliminated from the premiership race, including three expansion sides – St Kilda, West Coast and Richmond – and 2019 expansion club Geelong.

Instead, the top four from Conference A – North Melbourne, GWS, Brisbane and Gold Coast – and Conference B – Fremantle, Carlton, Melbourne and Collingwood – would all participate in the 2020 finals series. It meant five clubs would compete in AFL Women’s finals for the first time – North Melbourne, GWS, Gold Coast, Melbourne and Collingwood – and for the SUNS, it would be the first time a Gold Coast elite level side has reached a post-season series.

Even as late as last night, it appeared the finals schedule would be just the top two teams in both conferences, however it appeared the AFL Women’s players were not taking anything for granted until confirmed by headquarters. A miscommunication error between the AFL and media was blamed for the mess up. It was a mixed response for the clubs who sat outside the top two with both Melbourne and Collingwood left unsure and heartbroken respectively by the news. Both sides had finished ahead of Conference A runner-up GWS GIANTS, which for a short time looked destined to be a repeat of last season. Dees’ midfielder Lily Mithen was not willing to rule out her season until it was 100 per cent confirmed, while for Magpies’ captain Steph Chiocci it seemed the flag dream was over.

With the fans’ disappointment filling up the social media timelines, all of a sudden there was a change of tone. Word began to spread that perhaps it was not all done and dusted, and when Collingwood’s AFL Women’s account announced the club had made the finals, the jigsaw pieces started to slot into place. It would be a top eight finals series with the top side in each conference taking on the fourth side in the opposite conference, with the second and third teams doing battle in the other elimination finals.

Just when we thought it was safe to call it a day, all has been revealed and we are in the finals!!

Today the finals schedule for Week 1 was announced with Conference A winners, North Melbourne taking on Collingwood first up at Ikon Park on Saturday, followed by the GWS GIANTS hosting Melbourne at GIANTS Stadium and later on that day, Fremantle takes on Gold Coast SUNS at Fremantle Oval. The standalone game is Carlton up against Brisbane at Ikon Park on Sunday from 1.10pm.