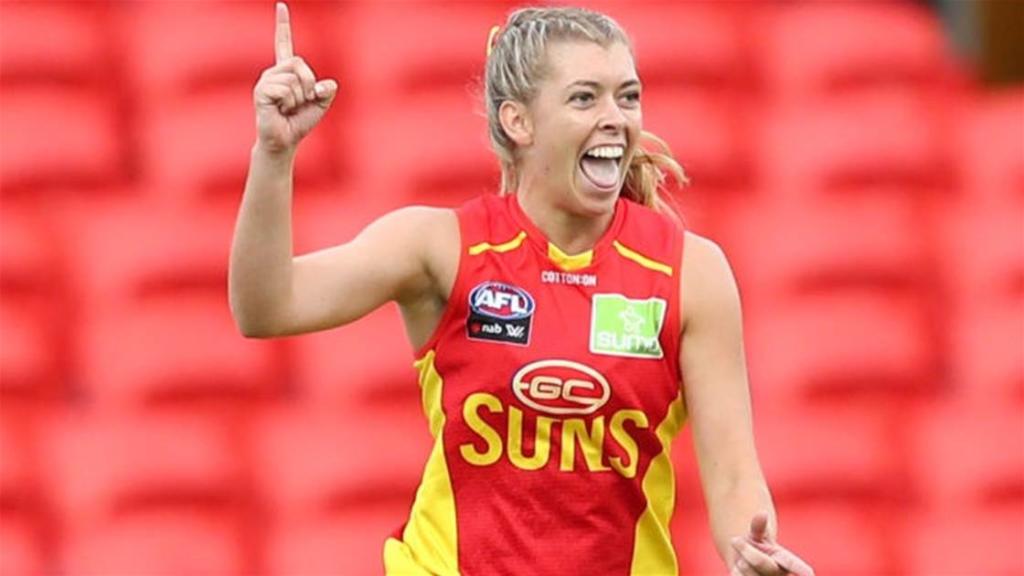 The Gold Coast Suns have the best chance out of the four expansion clubs to make finals, currently placed just one game behind cross-town rivals Brisbane who sit securely in the top three. The Suns have won two games, lost three and drawn one, yet still boast a percentage of 101 per cent. The only club below them on the ladder that they have lost to was Geelong who are only two points behind the Suns, however, they have still not defeated a team above them on the ladder. Should they have beaten Brisbane instead of devastatingly drawing, they would find themselves equal third and with every chance of playing finals. The Suns face the sixth-placed Crows (Conference A) at home this weekend, and then the third-placed Demons (Conference B) in Casey to finish off. With Brisbane a high chance of beating Richmond this week, Gold Coast’s best chance at playing finals would be to win both games healthily to get in on percentage, so long as the Lions drop their last game to North Melbourne.

The Suns have enjoyed some brilliant individual performers in their inaugural season with Jamie Stanton (17.7 disposals per game), Lauren Ahrens (14.3 disposals per game) and Hannah Dunn (13.8 disposals and close to six tackles per game) the standouts. After a four-goal effort against the Eagles on Sunday, Kalinda Howarth finds herself the team’s leading goal-kicker having kicked nine for the season. Boasting some impressive young talent, Jacqui Yorston stands out as the best young player having spent last season on Brisbane’s list for just the four games which included a Rising Star nomination. Yorston has played every game averaging 12.5 disposals and over seven tackles to go with two goals. Second year 188cm ruck Lauren Bella also deserves a mention averaging just under 19 hit outs per game.

The Suns’ biggest strength is their ferocious tackling with seven players averaging more than four tackles per game. As a team, they average 14 more tackles per game than their opposition. Where Gold Coast will look to improve is their disposal count and delivery inside 50. On average, the Suns record almost 37 less disposals per game than their opposition, so coach David Lake will be hoping there are more ball-winners across the ground if they want to pose a threat in the post-season. In terms of efficiency, Gold Coast only mark one out of every seven entries inside 50 and will be looking to get more unimpeded shots at goal in the last two rounds if they want to score more.

In Conference B, St Kilda have an outside chance of making finals, however, everything will have to work in their favour. They currently sit two games out of finals behind Melbourne and Collingwood who have both won two of their last three games and are playing confident football. The biggest issue for St Kilda is their percentage in which they will have to make up a minimum of 63 per cent. Still technically possible. The Saints have won two games and lost four. One loss was a one-point heart breaker against undefeated Fremantle in which a win would have seen them just one game out finals contention, much better odds. The Saints face fourth-placed Collingwood (conference B) and seventh-placed West Coast (also Conference B) in Perth to finish the season off. With both must-win games, the Saints’ best chance at playing finals is to win big, and hope Melbourne and Collingwood lose big to secure themselves third spot.

Much like the Suns, the Saints have enjoyed outstanding performances from their youth, with first year players Georgia Patrikios (15.7 disposals per game) and Olivia Vesely (15.2 disposals per game) leading the way for the entire Saints team. 2019 VFLW team of the year player Rosie Dillon (13.5 disposals and almost six tackles per game) has also been important for the Saints with a more mature inside-presence. Donned the “G-Train”, Caitlin Greiser is the leading goal-scorer for the Saints kicking 10 for the season, including a 55m bomb against Melbourne in Round 3. Outside of Patrikios and Vesely, Nicola Xenos (9.3 disposals and more than four tackles per game) and Molly McDonald (9.5 disposals per game), have been the more impressive younger players for St Kilda.

St Kilda’s biggest issue this season has simply been their consistency. They suffered losses in two of their first three games of the season after giving up significant margins in total disposals, clearance and inside 50’s. Since then, they have averaged almost 28 more disposals, nine more clearances and six more inside 50’s per game than their opposition. One point of difference in that time has been the injection of Poppy Kelly in the ruck, who is averaging 14 hit outs in her three appearances this season. To continue the trend, the Saints will be looking for Kelly to continue her aerial prowess to feed Patrikios and Vesely out of the middle.

Whether the Saints or Suns make the finals or not, the end of the AFLW season begs to be an exciting one.