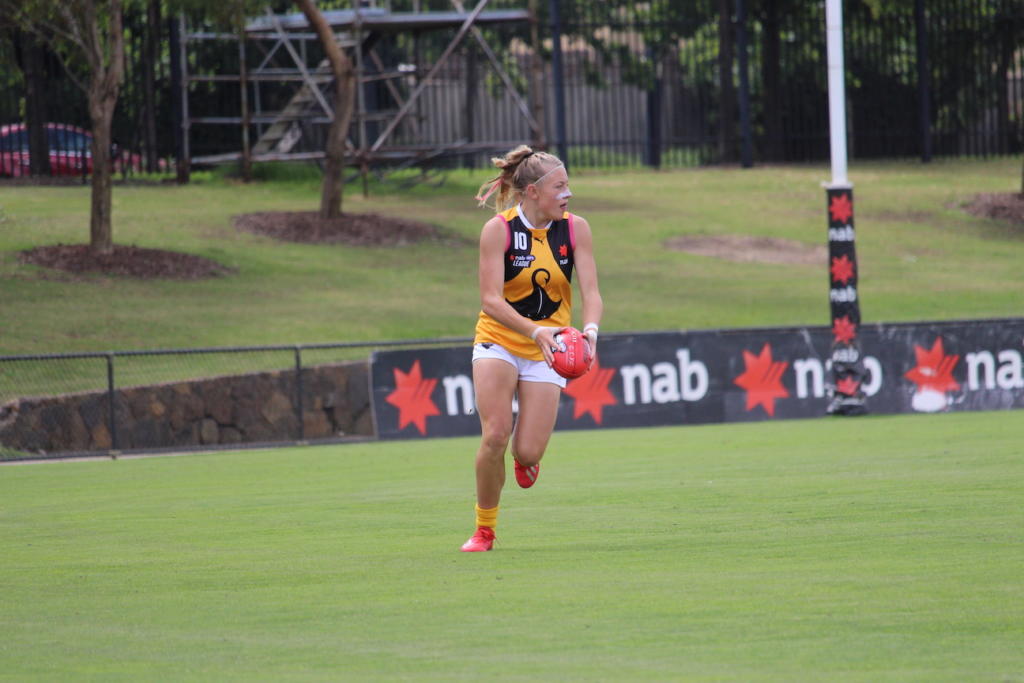 A COUPLE of undefeated games open the weekend in a top three clash between Northern Knights and Dandenong Stingrays at RMIT Bundoora, before the Greater Western Victoria (GWV) Rebels tackle the Western Jets in Ballarat. The Sunday trio of games has a couple of sides searching for their first wins of the season with Calder Cannons and Bendigo Pioneers going head-to-head and Eastern Ranges hosting Tasmania Devils, while Gippsland Power returns from a week off to face the breakeven side of Sandringham Dragons.

A top three clash between the second placed Dandenong Stingrays and third ranked Northern Knights opens the round with the Stingrays having had impressive wins over Eastern Ranges (50 points) and Calder Cannons (18). The Knights also knocked off the Cannons the week before (six points) before enjoying a more comfortable win over Geelong Falcons (25). Both sides have made a number of changes, with Saige Bayne returning to the side after a long layoff, while Georgia Grimmer and Jemma Radford are also back into the side up opposite ends of the ground. The Knights have also made a number of changes to the side in anticipation for the clash with at least four confirmed changes and an additional three added to the extended bench. Already the head-to-head that could decide the result is between in-form forward, Alyssa Bannan (seven goals) and reliable defender, Zoe Hill inside the Knights’ forward half. An equally eye-catching matchup will be Knights’ co-captain Jess Fitzgerald going head-to-head against Dandenong star, Tyanna Smith with the pair sharing similar skill and footy IQ making it a must-watch clash. Abbey Jordan has been thrown around a bit this season but now the Stingrays captain is in attack to potentially lock the ball in at every opportunity, while Maeve Chaplin‘s ability at half-back should provide some good run. In the midfield, Ellie McKenzie and Ash Snow will provide power onball, while Amber Clarke and Emily Shepherd have added speed to run the ball down the field. The Knights will be favourites but the Stingrays have shown an ability to run the ball and not back down from a challenge.

In a second game between undefeated sides, fourth placed Western Jets travel to Mars Stadium to meet the sixth placed GWV Rebels from 11.30am. Both these sides have some great young talent coming through and the Jets have had a win against Bendigo Pioneers and a draw with Murray Bushrangers over the first two rounds, whilst the Rebels’ come-from-behind victory against Sandringham Dragons in Round 1 was their only game so far this season following a bye in Round 2. Renee Saulitis proved the get-out-of-jail free card in Round 1 with a couple of last quarter goals to sink the Dragons, and she has been named back in her damaging position inside 50. Fellow AFL Women’s National Academy member, Isabella Simmons is also in the forward half, while Maggie Caris will look to take advantage of the height difference over the Jets’ smaller ruck division. Amelia Velardo has the athleticism to get the job done at ground level even if she does not win the tap and provides a “fourth midfielder” around the stoppages. Alongside her is top-age AFL Women’s National Academy member, Isabelle Pritchard who is coming off an impressive 25-disposal game last week, as is Charlotte Baskaran who plays off half-back but can push up the ground to impact the midfield. In the middle of the ground is fellow bottom-ager Montana Ham who has been the Jets’ best across the two games this season. Caitlin Sargent has been a target inside 50 for the Jets, while she will likely have Rebels’ Crystal Summers for company after the defender was a star in Round 1 for the Ballarat-based side. The Rebels’ half-back line is quite strong with Nyakoat Dojiok providing speed and dare out of defence, while Lilli Condon impacts the game through the midfield and up forward. At home the Rebels have an advantage, but both sides have an entertaining brand of end-to-end football.

With three games on Sunday, the first is a clash between Gippsland Power and Sandringham Dragons at Morwell Recreation Reserve after the game was moved from Churchill. The Power will be well rested after a spirited fight against Geelong Falcons in the opening round and a bye in Round 2. The Dragons on the other hand let slip a real chance in Round 1 with inaccurate kicking to go down to the GWV Rebels, before bouncing back with an impressive win over Bendigo Pioneers last week. Back at home, the Power showed their have a number of strengths through the ruck and in defence, and if they are able to quell the Dragons’ scoring or force them into making mistakes, then they are a real chance of victory. Sandringham impressed last week and have plenty of ball-winning midfielders who step up when required and if they convert their chances inside 50, then they will go a long way to taking home the points in the contest. Matilda Van Berkel was best-on for the Power in their Round 1 win over Geelong Falcons and will look to take advantage against the Dragons. The key for the Power will be to try and win the clearances against an experienced Dragons midfield, as captain Winnie Laing, Alice Burke and Bella Eddey round out a strong starting core. Megan Fitzsimon is the Power’s sole AFL Women’s Academy member, but Grace McRae is another player not afraid of winning contested ball, while Lily-Rose Williamson is a bottom-ager to watch over the coming years. Shanara Notman is a strong overhead mark and will look to chop off any Dragons forward thrusts, while Leyla Berry had a successful return in Round 1 after taking the 2019 season off. Sarah Hartwig has been named on the wing for the second successive week, while Eliza McNamara provides forward pressure inside 50, and key target Abbi Moloney booted three goals in the Dragons win last week and could be one to watch.

Calder Cannons hits the road to face Bendigo Pioneers from 1pm at Epsom Huntly Reserve on Sunday. Last year’s grand finalists are yet to get a win on the board, but have had a tough draw to open the season, falling to reining premiers Northern Knights, and a vastly improved side, Dandenong Stingrays in the first fortnight. The Pioneers are also yet to taste victory with losses to Western Jets and Sandringham Dragons in the opening couple of rounds. Given the loss of co-captain Brooke Hards for the clash, Bendigo will be up against it taking on a determined Calder side that could well have won its two games had it had a bit more luck. The Pioneers do welcome back Elizabeth Snell into the fold with the midfielder/forward adding some class and skill to the midfield group, while Annabel Strahan has pushed up into the midfield after being a reliable source in the back 50 last week. Tara Slender and Jemma Finning provide good intercept and rebounding capabilities, while Madeline Marks has had an impact through the ruck this season. The Cannons have a strong combination named at the key defensive posts with Kasey Lennox and Tamsin Crook, while Crook is also able to rotate with AFL Women’s National Academy member, Tahlia Gillard who will start forward as both can play at either end. Georgie Prespakis, Laura Cocomello and Jessica Zakkour have all been in good form this season, while Emelia Yassir is a clever forward who can push into that midfield rotation. Calder should breakthrough for its first win, but the Pioneers do have the home ground advantage which counts for something.

At the same time as the Bendigo game, two sides searching for their first win battle it out at the newly renovated Kilsyth Recreation Reserve. The Eastern Ranges will enjoy playing where they train and welcoming the less-familiar Tasmania Devils will give them a huge confidence boost. The Devils were overwhelmed by a rampaging Oakleigh side that could well contend for this year’s NAB League Girls flag in Round 2, marking a tough initiation to their first full-time season. The Ranges had a bye in Round 2 after a 50-point defeat at the hands of another undefeated side in Dandenong Stingrays. Given the experience the Ranges have at the NAB League level – making the finals last season and pushing the Northern Knights in the preliminary finals – they should have the wood over the competition newcomers, though the Devils’ defensive pressure was impressive despite the heavy Round 1 defeat. Olivia Meagher and Tarni Brown provide hardness and class in equal measure on the inside, while Jorja Livingstone showed impressive athleticism bursting out of stoppages in the Round 1 loss. Key target, Jess Grace has been named at full-forward, while three players will make their debut in the game for the Ranges. Amy Prokopiec could not have done much more at full-back last week, saving a number of goal-scoring opportunities for the Chargers, and she along with Camilla Taylor provided some composure in the match. Jemma Webster provided some speed out of defence in Round 2, while Kara Hennessy rotated through the ruck and could be a target inside 50 for the Apple Isle based side.