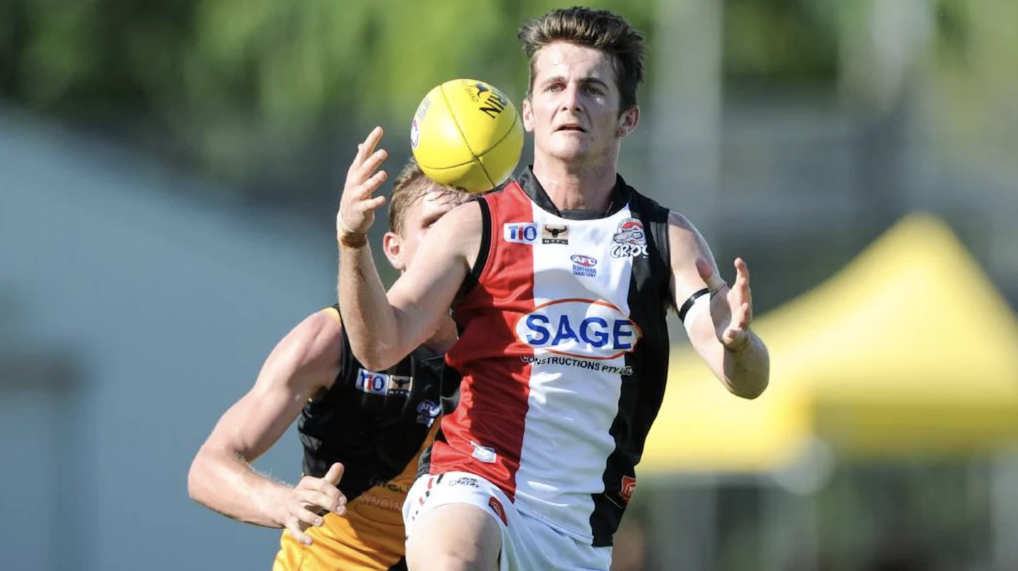 A PLACE in the 2020 Northern Territory Football League (NTFL) Men’s Premier League grand final is up for grabs on Saturday night, as Nightcliff and Southern Districts set to play off for the chance to challenge St Mary’s in next week’s decider. With both sides set to head in close to full strength and boasting stars on each line, fans should be in for a treat as we near the crescendo of what has been an entertaining post-season to date. Check out the teams, head-to-head stats, and each team’s form in our comprehensive preview.

Nightcliff and Southern Districts are primed to do battle for a spot in the 2020 NTFL grand final on Saturday night, with fairytale team St Mary’s awaiting the winner in the big dance. Having played in last season’s decider, these two sides will be hungry to get back to the biggest of stages and come away with some silverware.

Reigning premiers and again minor premiers this season, Nightcliff enjoyed a stellar home-and-away campaign to notch a near-unblemished 17-1 record. The Tigers were the clear competition benchmark and are thus clear favourite to take out back-to-back flags, but will have to get past the in-form Crocs for a fourth time to even earn the chance. Given they are one of only two sides to have beaten every other competitor this season, the Tigers should be full of confidence heading into this knockout final bout. But a semi final loss to St Mary’s – their second loss to the Saints – may have put a slight dent in that seemingly bulletproof assuredness, serving as Nightcliff’s first defeat in 11 outings.

Southern Districts’ season has featured considerably more hiccups at 10-7-1 come regular season’s end, but the Crocs seem to be peaking at just the right time with backing from some very handy AFL-experienced players. Currently on a five-game winning streak, Districts has been able to back up well for consecutive elimination final scenarios and will have to do so another two times if they are to take out the flag. But the test that Nightcliff provides has proven too tough for the Crocs thus far in 2020; getting within nine points all the way back in Round 1, but going down by a combined 95 points in Rounds 10 and 15. Despite the home-and-away ledger sitting at an ominous 3-0 in favour of the Tigers, the Crocs are in arguably the better form and should push the flag fancies all the way.

Nightcliff come into the clash with a slight blow to its forward 50 structure, as Victorian goal-getter Lachlan Sharp is set to miss due to a suspension picked up last week. But the Tigers still boast plenty of firepower with leading goalkicker Trent Melville named alongside livewire Liam Holt-Fitz and ex-Port forward John Butcher, while James Tsitas is another who can find the big sticks from midfield. Up the other end, best and fairest winner Kaine Riley heads the defence with the likes of Danny Butcher and Cam Ilett making up two more spots in a quality back six. It is hard to deny the Tigers’ dynamism too, with their rotation at either end and into the midfield highlighting their unmatchable depth.

But a department the Crocs should be able to draw level in is the range of scoring options, with competition leading goalkicker Will Farrer spearheading a dangerous attack which has breached 100 points in each of its last five outings. Ed Barlow has been named on an extended bench coming off his seven-goal haul, while Jeff Garlett and league MVP fancy Josiah Farrer are also capable of troubling the scorers. The midfield quality of Richard Tambling, Michael Barlow, and Charlie McAdam on the outside will also be important, while Thomas Holman‘s role across the backline becomes imperative given Nightcliff’s wealth of avenues to goal.

The time to strike is now for Districts, but neutrals should not forget the quality of Nightcliff’s season outside of two losses to the team already lined up in the grand final. The Tigers need only look back at the Crocs’ run to the decider last season after overcoming a finals loss, and will rightly come in as favourite despite Districts’ hot form and considerable class. Whether the Crocs can back up from back-to-back big efforts will be the big test, but winning form is always good form. It should be a cracker for neutrals, and St Mary’s will inevitably be looking on intently at the side it is set to face.