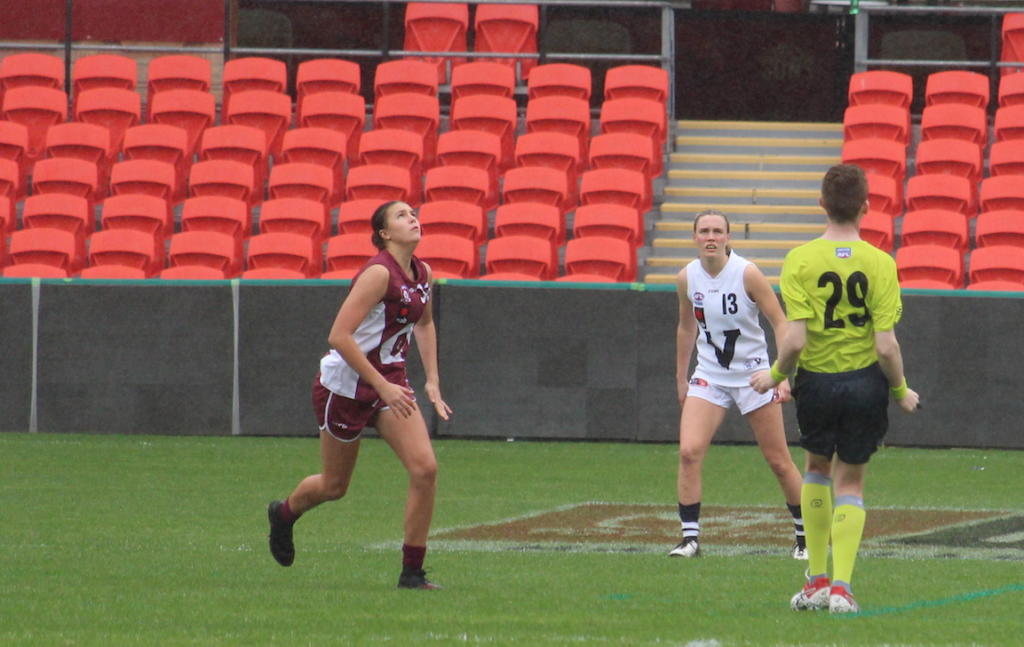 THE 2020 Queensland Football League Women’s (QAFLW) competition and  Development League began last week with a number of tight contests at senior level, and one-sided results at the development level to kick off the new season.

Coolangatta Tweed caused an early upset in the season, downing last year’s minor premiers and grand finalists, Bond University by five points on the road. It as a tight contest early with neither side able to get a goal on the board, but that soon changed in the second term with the Bluebirds booting two goals to one and heading into the main break with a seven-point advantage. They extended their lead to 16 by the final break, but the Bull Sharks refused to give in, booting three of the final four goals of the match to fight back only to fall short by five points in the end. Lydia Pingel booted two majors in a losing side, while eight other goalkickers got their names in the books. Lauren James was adjudged best afield for the Bluebirds whilst booting a goal, while Grace Moodie and Alexandra Hamlyn were also impressive in the win, as was Sally Riley who returned to the level after playing AFL Women’s and booted a goal. Wallis Randell was named the best for the Bull Sharks, with Arianna Clarke and AFL Women’s National Academy member, Maddison Levi (one goal) also amongst the best on the losing side.

Wilston Grange started the season on a high note, grinding out an 11-point win over University of Queensland. The Gorillas booted the only goal of the first term, and held the Red Lionesses goalless in the third quarter to edge ahead at each break a little bit more. In the end, Wilston Grange won 4.3 (27) to 2.4 (16), with all single goalkickers in the match. Ruby Ker was best on ground in the win, while Mackenzie Findlay and Kaitlyn Day were also among the best for the Gorillas. Isobel Hartog was the best for the losers, while Madi Crowley-Long and Xanthe Cerutti were top players for the visitors.

In a replay of last year’s preliminary final, Yeronga South Brisbane exacted sweet revenge over Coorparoo with an 11.3 (69) to 7.12 (54) victory. The Devils had some serious AFL Women’s talent at their disposal with Jordan Zanchetta putting on a clinic with a goal and starring role for the winning side. Lucy Bellinger booted two goals on debut for the Devils, as the home side’s accuracy proved the difference. With five less scoring shots and held goalless in the first term, Yeronga South Brisbane fired up, particularly in the final term when they piled on four goals to run out 15-point winners. Lexia Edwards and Sarah Duncan also booted a couple of goals each, while Vanessa Hart was impressive for the winners. Kelsey Crosbie could not have done much more up forward for the Kings, booting four goals, well aided by Emma McKenzie. Brisbane’s Jade Ellenger – one of the best on ground – and Hannah Hillman also impressed, while Charlize Anderson – sister of Lions AFL Women’s player Ally – also showed promising signs.

It could be another long year for 2019 wooden spooners, Aspley Hornets after suffering a 55-point loss at the hands of a raging Maroochydore outfit. The Roos showed they meant business from the get-go piling on four first quarter goals to hold the Hornets scoreless. Both sides could only manage a behind in the second term, before the visitors picked up again, booting 4.6 to 0.0 in the second half to run out easy 8.8 (56) to 0.1 (1) winners. Queensland 2019 Under-18 representative Chloe Gregory, as well as Ashleigh Hales and Mikayla Pauga both booted a couple of goals in the win, while AFL Women’s National Academy member, Bella Smith and Kathryn Hehir impressed in the victory. For the Hornets, Courtney Daniec and Shaye Easton were adjudged the top players.

Looking ahead to Round 2 this weekend, Coolangatta Tweed will look to build on its performance with a clash against last placed Aspley Hornets, while Yeronga South Brisbane and Wilston Grange go head-to-head in arguably the two most impressive outfits from Round 1. Also in Round 2 is reigning premiers Coorparoo desperate to bounce back against a red-hot Maroochydore side, while Bond University and University of Queensland do battle to get on the board in season 2020.

Wilston Grange opened the season hoping to last an extra week than 2019, with a triumphant 9.8 (62) to 2.0 (12) win over University of Queensland under lights at Kedron – E.K Andersen Oval. Kitty Adams put in a best-on-ground performance in the win, booting four goals as her side had 11 scoring shots to zero by half-time. The Red Lionesses fought back by booting the only two goals of the third term to cut the deficit to 25 – courtesy of Jane Childes and Meagan Cook – but it would prove futile as the Gorillas piled on 4.1 to 0.0 in the last term to run away with a 50-point victory. Along with Adams, Katie McGlade booted two goals, while Luka Yoshida-Martin (one) was also named in the best. Amy Cahill was the top player on the losing side.

Reigning premiers, Bond University kicked off its season with a terrific low-scoring win over Coolangatta Tweed. The Bull Sharks held the Bluebirds scoreless for the entirety of the game, booting 3.8 (26) to 0.0 (0) as Jess Maher was the hero up forward booting the only goals in the match. Despite inaccuracy at times, the home team proved too good and will be a force to be reckoned with again, hosting names such as AFL Women’s National Academy member, Teagan Levi and 2019 Queensland Under-18 representative, Lily Tarlinton who were both named in the team’s best. For the Bluebirds, while they did not manage to hit the scoreboard, they did keep one of the benchmarks to just three goals. Eilish Grundon and Tayla Jay Daly were both named in the best for the losing side.

Last year’s wooden spooners have already won more matches than they did in 2019, smashing last year’s grand finalists by 46 points in an eye-opening encounter at home. Yeronga South Brisbane was simply sensational across four quarters against Coorparoo, steadily building the lead with a three goals to one third term the highlight of the game. Inaccuracy might have cost them from an even bigger win in the eventual 7.10 (52) to 1.0 (6) victory, but it is fair to say the Devils would have enjoyed the win over such quality opposition. Laura David booted two majors and was one of the Devils’ best, while Kai Bliesner and Madison Satyasiv also managed a couple of goals for the home team. Sherie Sayle booted the only goal for the Kings, while Lydia Blunt and Rose Collins were among the losing sides’ best.

In the final game of the round, Maroochydore doubled Aspley Hornets’ score during an inaccurate 4.14 (38) to 3.1 (19) victory. It was close in the opening term with the Roos leading by just enough points, but the visiting team held the Hornets scoreless over the next two quarters whilst booting 2.8 and peppering the goals. They could only manage a further four behinds in the final quarter as Aspley added 2.1 to its total, but it would be too little, too late going down by 19 points. Marybeth Banks was the only multiple goalkicker in the game with two majors, while Te Aorangi Jordan and Brooke Matheson were also impressive for the winning side. Looking at the Hornets, Jordan McConnell stood tall with a goal and named the losing side’s best player, as Ella Martin and Teegan Stevenson were also among the best.

In Round 2, Coolangatta Tweed and Aspley Hornets go at it to try and get their first wins on the board, while Coorparoo travels to Marochydore to bounce back from its disappointing Round 1 defeat. Yeronga South Brisbane surprised everyone in the opening round and will be keen to keep it rolling against Wilston Grange, while Bond University takes on University of Queensland in a match where the home team will be considered heavy favourites.