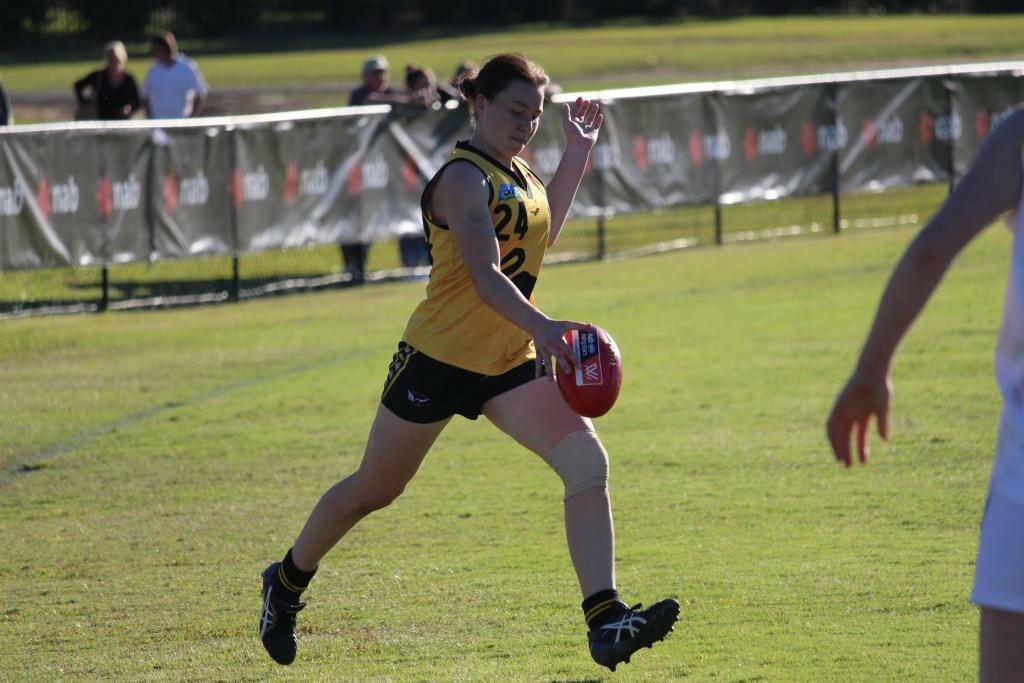 FREMANTLE is the only undefeated side in the AFL Women’s competition heading to Round 4 and the Dockers will be hoping to extend that winning streak. With a narrow win, last week against a rampaging Collingwood side, Fremantle somehow found a way to get over the line despite losing most of the key performance indicators (KPIs). Apart from a shaky performance last round, the Dockers have been in hot form with convincing victories over both the West Coast Eagles and Geelong credit to their high intensity tackling, accuracy inside the forward half and kicking style of play.

Fremantle kicked off its season in style and despite not winning the possession battle it was its pressure and control inside 50 that got them over the line. Testament to their attacking and controlling brand of footy the Dockers won the stats column when it came to kicks 137-128 and while they were not overly efficient at 51 per cent compared to the Cats’ 66 per cent they worked tirelessly across the ground to regain possession. They smashed the inside 50s with a whopping 48 to 13 although it was for little reward with 42 per cent efficiency inside the forward arc. When it came to tackles in general the Dockers were on fire recording 12 more (62-50) but their dominance reigned supreme inside 50 with 17 tackles to eight showing their forward pressure and attacking mindset. When it came to hitouts Fremantle also won the battle with 34-19 thanks to the likes of youngsters Mim Strom and Roxy Roux leading the pack with a combined 29 hitouts.

The Dockers owned the game from start to finish winning in style with a 45-point victory. Although they only recorded four more disposals than the Eagles (159-155) it was their ability to hit up the short kick that gave them the controlling edge with 124 kicks compared to 108 showing their desire to control the flow of the play and maintain possession. In terms of disposal efficiency, the Dockers were on the money going at 60 per cent while West Coast only managed 50 per cent. Once again they proved deadly inside 50 locking the ball inside their forward half with 30 inside 50s and sitting at 57 per cent efficiency, with 17 shots from 30 inside 50s. Credit to their comprehensive performance Fremantle won all the main KPIs with a higher number of contested possessions 96 to 93, 19 more marks and eight more marks inside 50 highlighting just how much of a complete performance it was by the traveling side. True to their brand the Dockers tackling was strong out muscling their opponents at the contest with 29 more tackles (78-49). Kiara Bowers was the main reason for that stat with the midfield bull buttering up for 18 tackles with Katie-Jayne Grieve next best with 11.

It was a challenging game from the opening bounce but the Dockers stood up under the pressure, digging deep to notch up their third win. Although they lost the battle when it came to disposal efficiency with 52 per cent compared to 65 per cent their accuracy inside 50 is what did the damage. Fremantle managed 52 per cent efficiency inside the forward arc hitting the scoreboard 11 times from 21 attempts ultimately gifting them the win. They also won the tackle count credit to their ferocity at the contest with 78 compared to 58 while their contested marking was on full display notching up two more than the Pies. One of the biggest differences between the two sides was rebound 50s with Fremantle slingshotting from down back to forward with ease racking up 30 rebounds while Collingwood only managed 16. Roux was a key cog up forward once again for the Dockers while the experience of Gabby O’Sullivan and Ebony Antonio proved enough to claim a hard-fought three-point win.

In each of their wins, the Dockers have shown that their high pressure, tackling style of play causes headaches for opponents, often unable to combat their persistent physicality an area teams will be hoping to address if they are to knock off the undefeated side. Throw in their ability to treasure the ball and control the flow of play with their kicking and it is hard to deny that Fremantle have created a formidable unit able to take a shot at premiership glory.