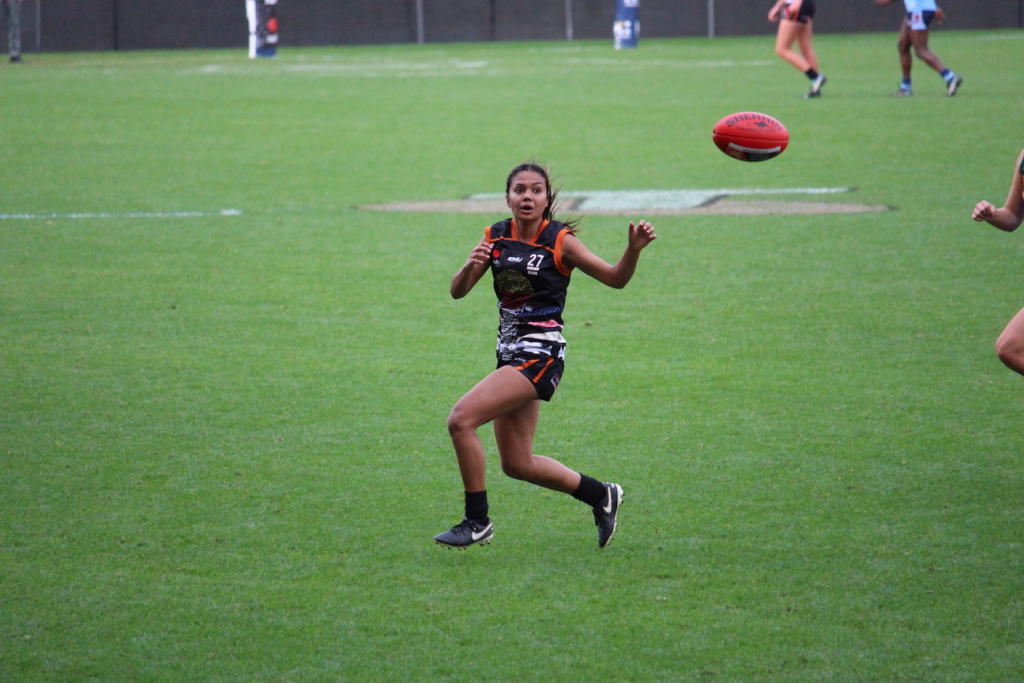 WITH a big round of Northern Territory Football League Women’s Premier League finals footy over the weekend done and dusted, Waratah will be happy they finished top of the ladder after a loss in this final still allows them a second chance at a grand final appearance. Fellow top four side Palmerston Magpies were not so lucky, bumped out by a tough Pint outfit. Meanwhile, Southern Districts and Darwin Buffettes will look to back up their respective efforts next round, with Nightcliff joining the Magpies on the outs.

It was an uncharacteristically slow start for the Magpies when they took on a lively Pint unit on Saturday, going down by two points despite a stellar second half giving them a real chance at stealing victory. While the Magpies snuck up through the second half to well and truly outscore Pint four goals to one, it was the Queen Ants’ first half effort that got them over the line with an impressive four goal second quarter all but cementing victory over the third ranked side in the competition. This win takes Pint one step further in their quest for finals after being eliminated in this stage last season, while Magpies will be disappointed to not back up their semi final effort from the 2018/19 season. Pint’s Jessie Baumer was influential throughout, booting four goals and once again proving a key option in the forward line, taking her season tally to 17 goals from 13 matches. Despite strong efforts from Natasha Medbury, Iesha Ronberg and Billie Byers, it was just not enough to get the job done against a side hungry for a win. This loss sees the Magpies miss out on a semi finals opportunity while Pint progresses to take on ladder leaders, Waratah.

Nightcliff put up a gallant effort in their first ever Women’s Premier League final against the Buffettes but it was ultimately to no avail, unable to keep up with the Buffs in the second half. An even start saw both sides contest well with little chance to put goals on the board, but not for a lack of trying. With strong performers across the field, key opportunities were shut down to deny entry inside 50 with the footy ping-ponging up and down the ground for majority of the first half, with both sides sitting one 1.1 (7) apiece at half time. But when the Buffettes lifted their game after half time, the Tigers were unable to match, booting only one goal from a number of opportunities in the second half while the Buffs took a handy 13 point led into the final quarter and extended with an extra goal in the final term to well and truly earn the victory. Strong efforts from the likes of Emma-Lou Wolsey and Eliza Morrison kept Nightcliff in it for much of the match while Buffettes’ young guns in Dominique Carbone and Tayla Hart-Aluni once again did their job alongside Kylie Duggan. Nightcliff is out of the running for grand final contention with this loss, while Darwin will want to put up a strong effort next week against Southern Districts.

A slow but even start from the top two in Waratah and Southern Districts saw a close match for majority of the match with no goals scored before the main break. Both sides kicked it up a notch after half time enjoying patches of greatness while trying to assert themselves on the game. While it was a relatively low scoring game, especially for these two sides, it was a real testament to the defensive efforts of both teams to limit scoring opportunities, with both sides usually peppering the scoreboard with ease and known for doing so. For Waratah, Lauren O’Shea and Amy Chittick kicked a goal apiece in an uncharacteristically slow day for the Warriors, while the likes of Molly Cooper, Pippa Cox and Lisa Roberts put in solid efforts respectively and Jenna Singh was impressive as ever. For the Districts, Grace Mulvahil was a key cog inside 50, providing a solid option and proving necessary as the only multiple goalkicker for the match, aided by goals from Kelsey Patterson and ball magnet Ebony Miller. Maria Moussa, Malory Nankervis and Tyler Thornton were named among the best for their efforts, with the trio helping to deny Waratah any chance of scoring. Both sides progress to the next round despite the results, though Waratah will certainly need to lift their game this week against Pint after a sloppy effort this round.