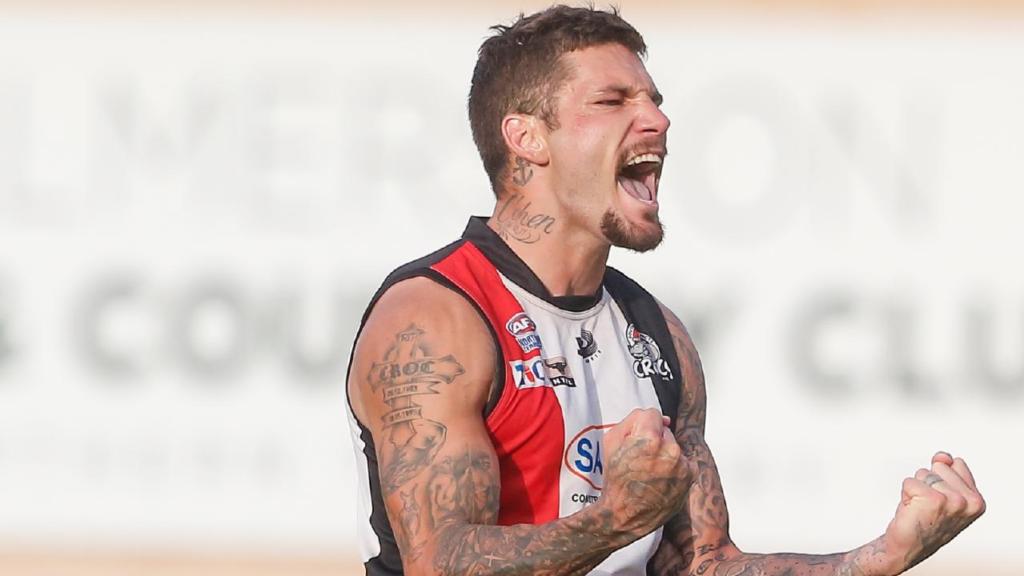 DARWIN Buffaloes are the first team out of the 2019/20 Northern Territory Football League (NTFL) Men’s Premier League finals race after going down to Southern Districts in the elimination final. The Crocs live to fight another day, and now face Tiwi Bombers, while St Mary’s moved a win closer to the grand final with victory over the Bombers in the qualifying final.

Impressive performances by former AFL players, Jeff Garlett and Richard Tambling have propelled Southern Districts into the semi-finals following a 71-point smashing of Darwin. The Crocs were far too good throughout the four quarters, putting the foot down early with four goals to zero, making more of their opportunities inside 50 as the Buffaloes could only manage the four behinds. Darwin got on the board in the second term with two majors, but again missed a number of chances, heading into half-time with a 29-point deficit as the higher ranked side held them at bay. A four goal to one third term all but ended the contest, with Southern Districts kicking on and blowing the margin out to an impressive 47 points by the final break. With the game done and dusted, it was party time for Southern Districts as the Crocs piled on six goals to two to run away with the 17.11 (113) to 5.12 (42) victory at TIO Stadium.

Garlett booted four goals, while Tambling was named best on for his work through the middle, while Ed Barlow also contributed in the victory, named among the best and booted a couple of goals. Dylan Barry converted three majors and was one of five players to boot multiple goals, while Dean Staunton and Josiah Farrer (two goals) were also named among the best for the winners. For the Buffaloes, Daniel Stafford booted two goals in the second half, but the highlights were few and far between for an understrength side that could not match it with the eventual winners. Teenage talent Djamatjama Wunungmurra opened the Buffs’ account, and he along with Darren Shillabear in the second and Brodie Foster in the last also got their names on the scoresheet.

While Darwin’s season comes to a close, Southern Districts progress on to a semi-final where they face third placed Tiwi Bombers in another do-or-die clash following the Bombers’ defeat to St Mary’s in the later game.

St Mary’s are one win away from returning the the NTFL Men’s Premier League’s greatest stage after defeating Tiwi Bombers in the qualifying final. Last year’s wooden spooners made a remarkable rise up the ladder, finishing second overall and living up to the expectations set by that top two finish with a comfortable 31-point win over Tiwi. The Saints opened their account with a strong first term, booting four goals to one and leading by a handy 18 points at the early break. Neither team would have too much time or space as the Bombers hit back with two goals to one in the second term and cut the deficit slightly to 15 points. St Mary’s accuracy went a little awry in the second term with 1.4 and that continued into the third with an identical output to see the Saints sitting on 6.10 (46) to 5.3 (33), as the Bombers again made the most of fewer chances with 2.0 to their name. Sensing they needed a big last quarter, St Mary’s piled on five goals to two and ran away with a comfortable 11.12 (78) to 7.5 (47) victory in what was a superb performance to stay alive in the competition.

Jackson Calder (four goals) and Shannon Rioli (three) combined for seven goals in the win to be the key difference up forward for the Saints, while four others combined for singles. Jake Long was named best on ground for his efforts on the day, while Thomas Davies and Kieren Parnell were also impressive. Helped by former AFL players, Shaun Edwards and Raphael Clarke, St Mary’s depth was a bit too much for the third placed Bombers who fought for the majority of three quarters during the match. Simon Munkara booted three goals in the loss, while former Melbourne forward, Austin Wonaeamirri slotted two majors. Chris Jones booted a goal and was the best on the losing side, while Lachlan Howe and David Kruse were also impressive despite their team going down and were named among the top players on the Bombers’ side.

St Mary’s takes on Nightcliff next week for the right to play in the 2019/20 NTFL Men’s Premier League Grand Final, while Tiwi activates its second chance with a do-or-die semi-final against Southern Districts.