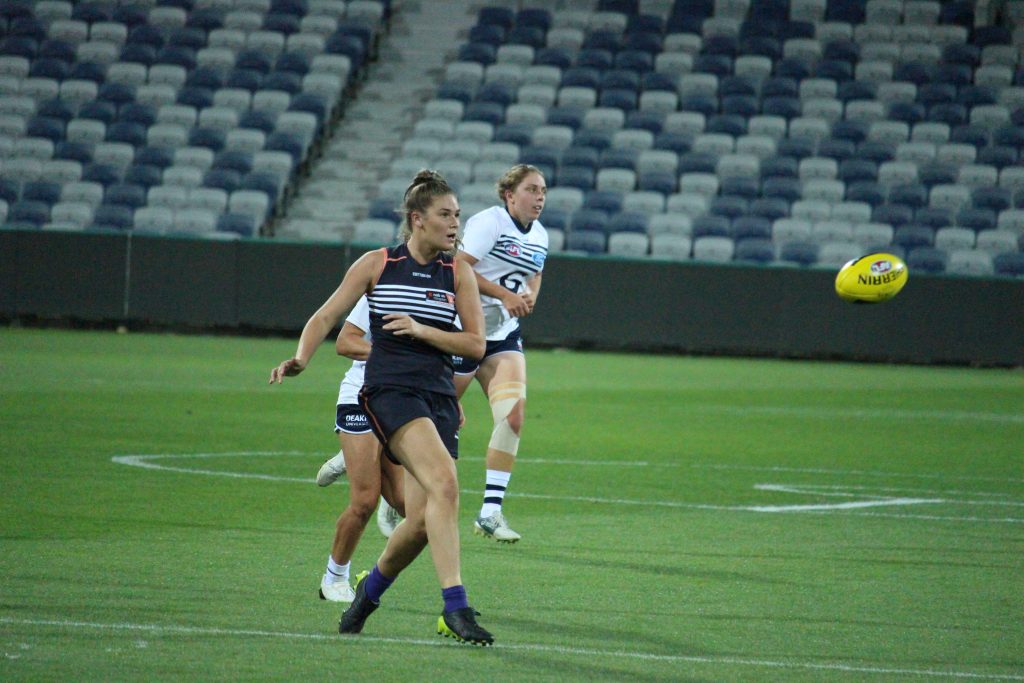 LOGIC would tell you that the team which controls the majority of possession and territory puts itself in the best position to win most games of football. That is very often the case in one-sided contests – see Carlton vs. Richmond, Collingwood vs. West Coast, and Western Bulldogs vs. St Kilda – but Round 1’s AFLW results suggest the two areas may be becoming increasingly exclusive of each other.

Fremantle edged out Geelong on Sunday having excelled in its control of the territory, but were constantly pegged back as the Cats managed to slingshot on the end of long periods of possession. While the Dockers dominated the inside 50 count – and thus, territory – 48-13, they allowed Geelong to control the ball in its own half with 214 disposals to 185, and 51 marks to 38. Cats defenders Rebecca Webster (21 disposals) and Madeline Keryk (20 disposals) benefitted from the amount of ball their 50 arc saw, exceeding their previous disposal averages by 14 and nine touches respectively, while going at a combined 80.5 per cent efficiency. So we know that the ball was inside Fremantle’s half a whole lot, but why did they struggle to kick away until late in the final term?

Efficiency inside 50 has become football’s answer to cricket’s “catches win matches” fable, but the Dockers gave up a sizeable discrepancy in that area throughout the contest – scoring from just 42 per cent of their inside 50s, while the Cats excelled at 62 per cent to be only second to Collingwood’s 65 per cent across Round 1. Geelong’s lower amount of scoring shots (eight to Fremantle’s 14) somewhat accounts for the percentage gap, but the Cats’ success in that area was credit to their ability to soak up pressure and find space on the break. Coach Paul Hood even acknowledged as much after the game, saying his side “worked really hard on trying to be more efficient going inside 50 and that was a huge plus from the day”. The best example of that slingshot scoring was Richelle Cranston‘s highlight-reel second term goal, where she burnt her direct opponent and ran into an open 50 on the end of a quick transition.

Sure, the territory game proved vital in one quarter of the game – the last – as Fremantle pulled away with 2.4 to Geelong’s nil, but the Cats stayed alive by keeping the ball and making the most of their opportunities up the other end.

The season opener between Carlton and Richmond provided a similar theme, as the Blues heaped pressure on the Tigers’ defence during the first half, but were unable to translate it to scoreboard pressure. Signs were ominous as Richmond forwards hardly caught sight of the Sherrin, but they were still in the contest at half time at just 12 points adrift despite going goalless. After the main break, Carlton turned it on with 4.1 to nil to break the game open. Like Fremantle, it took one quarter of the game for the winning side to break the back of their opposition through a wealth of territory.

One way or another, gaps in key statistics will show on the scoreboard, but it seems more and more that being efficient inside your own half counts for more than hoarding possession or maintaining greater territory.