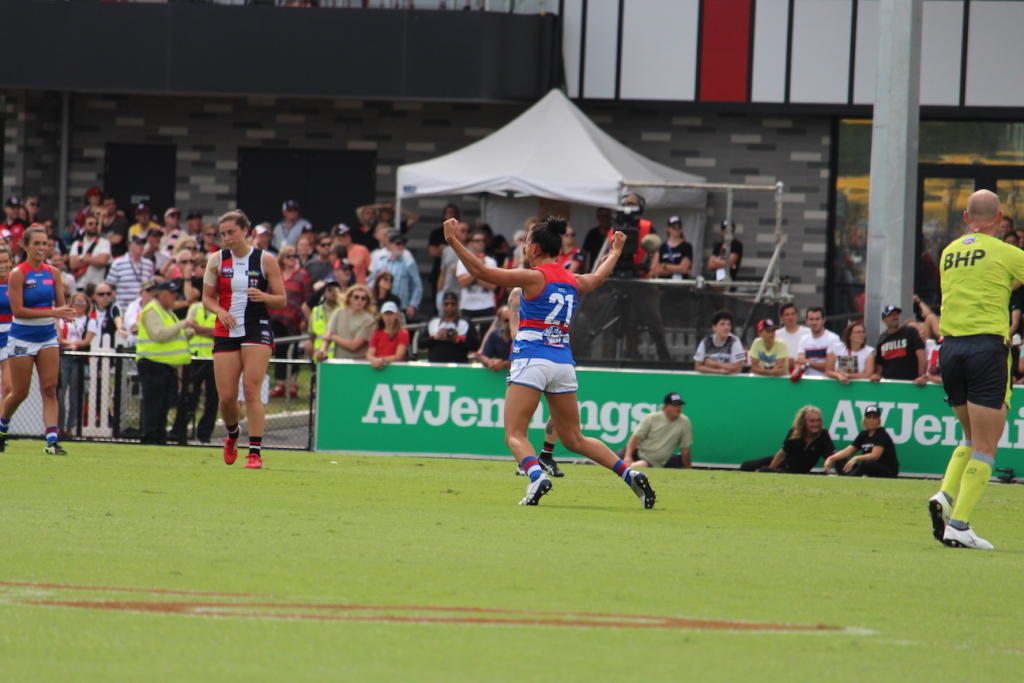 IT was an entertaining first round of AFL Women’s action last weekend and there were plenty of talking points that are worth raising from the matches, which we do through Five things we learned.

1. Every result is crucial

Last year the conference system was the most talked about topic throughout the year as Conference A went on to be much stronger than Conference B, as four of the five Conference A sides would have qualified for finals had they been in the opposite conference. This year it appears Conference B is the more even one, with five sides already showing reasons why they deserve to play finals, with Adelaide and Brisbane the only winners from Conference A – and both had opponents from their conference. Every game counts in the season, and some coaches are already understanding that back-to-back losses could be deadly to a season where most teams have a genuine chance of getting up and booking a spot in the new-look finals series.

Written off by plenty in the mainstream media, Brisbane showed why despite a large turnover of players from the past couple of off-seasons, that the Lions are not to be underestimated. Sure there was still the critics that noted Adelaide was understrength, missing its two best players and a number of others, but the Lions played with dash and dare to show that if you give them an inch, they will take a mile. They have age on their side, and the likes of Nat Grider, Lily Postlethwaite, Isabel Dawes and co. will only get better in time, so while they might not have the top-end talent ready now, in 12 months time they could be a genuine contender if the cubs develop the way they could under a strong developmental system.

3. The youth keeps getting better

As someone who follows the NAB League Girls, AFL Women’s Under-18 Championships and a number of other development systems leading to the elite level, it was always going to be obvious, but the youth coming through are better than those contemporaries who established the league. Already we are seeing debutants impacting games like never before, and last year in Round 1 it was Madison Prespakis and Nina Morrison; this year it was Lucy McEvoy and Georgia Patrikios – among others. It is only the tip of the iceberg, but just give it a couple more years and the majority of draftees will have played Australian rules throughout their entire childhood and the readiness and ability to impact against older, stronger opponents is more prevalent.

4. The expansion clubs will take time

Unlike North Melbourne last year who was widely tipped as a genuine contender in Year One, the four expansion clubs in AFL Women’s will take time. All four lost on the weekend, and while the Gold Coast SUNS showed some real grit, and West Coast were in it up to their necks early, ultimately experience at the level prevailed. Of the four clubs, St Kilda has a number of exciting prospects, but so do Richmond who unloaded a number of debutants, while Gold Coast and West Coast have some serious top-end talent that will influence games for years to come. They will take time, and it is unlikely any of them will play finals, but this year is about building a foundation for bigger and better things in the future.

It would have been a morale booster for Western Bulldogs and Collingwood – last year’s wooden spooners from their respective conferences – to get a Round 1 win on the board. It was the Magpies’ first in their history having gone 0-3 for each of the first three seasons, while the Bulldogs won the first two last year – including a vital win against eventual premiers Adelaide – before falling away. Both teams were eased into the season – playing the brand new expansion clubs – and while the opposition showed signs at times, the experience won out and they took home the four points. But just where you can rate them in the scheme of things is hard to tell at this point. The Magpies have the best percentage of any team, but now face Carlton, a side who also smashed an expansion side and the match is the most anticipated clash between the two since the inaugural game back in 2017. The Bulldogs on the other hand play Melbourne, a team that got past premiership favourites North Melbourne and are eyeing off a maiden finals berth. The answer to the question posed here should have more clarity in five days time.