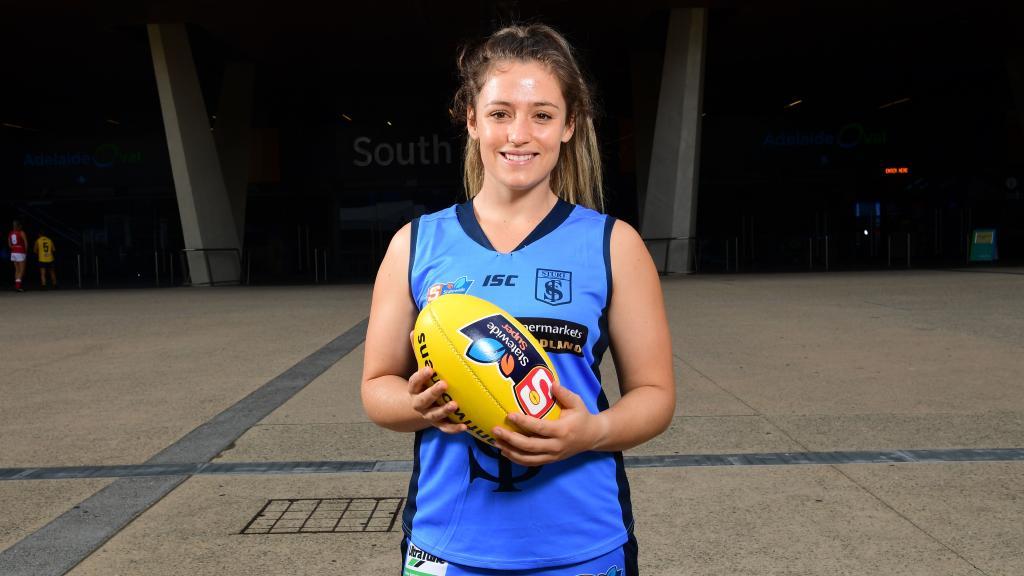 IN the next of our South Australian National Football League (SANFL) Women’s team previews, we take a look at Sturt, a team that was not always the most consistent side last year finishing in the bottom three, but has welcomed a host of players to its line-up this year that should bolster its depth and potential on the field.

The standout performer last season for the Double Blues winning the 2019 club best and fairest, Bevan will again lead the side in 2020 alongside with Maya Rigter who came runner-up and showed enormous promise as a teenager last year. Bevan averaged 16.2 disposals, 2.3 marks, 2.7 rebounds, 2.0 inside 50s, 5.3 tackles and 5.3 clearances to be the key onballer who ran up and down the ground all day long to ensure she supported both the back six and forward six. She had three games with 20 or more disposals and only one game under 12 touches as a ray of consistency all day long. Her best game arguably came in the last round where she had 21 touches, four marks – two contested – nine clearances, six tackles, two inside 50s and three rebounds, though she had a number of ripping games including leading her side to a huge win over the Eagles with an 11-tackle, seven-clearance performance.

Only 19-years-old, the 169cm midfielder is a tackling machine. She can play inside or outside and has the versatility to do all the team things, or go in and win the ball herself and feed it to teammates. In season 2019, Rigter averaged a whopping 7.5 tackles per game, as well as almost three inside 50s, and 2.1 clearances. She might be young, but she was picked to co-captain the side this year – after being in the leadership group last year – along with Bevan, so expect her to take it up another notch yet again. She used the ball well last season despite often winning the ball under pressure, so is a real key player in the Double Blues’ jumper.

Unlike a lot of the others in this group, Dreckow is an experienced veteran at 37-years-old. She finished third overall in hitouts last year and proved that she can still compete with the best talls in the game. Her tap work around the stoppages will be invaluable to her young midfield brigade, and will provide that extra experience when needed to spur her team on when they are down. With a strong midfield core, Dreckow will be able to work closely with them and build on her season last year where she averaged about 10 disposals and 14.6 hitouts per game.

The 25-year-old played all 10 games last season and while she rotated around a number of positions both inside and outside, her purple patch in the middle of the season where she went inside yielded some good results. In a four week block from Rounds 4-7, Swanson averaged 15.5 disposals, 4.0 clearances, 2.8 tackles and 2.0 marks, while booting four goals. While three of those games came against the other bottom three sides, Swanson showed that she has the capability of standing up and really having an impact through the midfield – as she co-captained the side last year – and that Sturt’s onball brigade could be its biggest strength in 2020 alongside the likes of Bevan and Rigter.

One of a number of future South Australian stars, Prowse is only 16-years-old and in her bottom-age year which means she is still 18 months away from being draft eligible. Last season despite her age she managed seven games and did not look out of place averaging 6.9 touches, and 2.7 tackles per game. She is still a raw talent and has areas to work on, but she showed when donning the state jumper in the Under 16s that she has talent, winning best on ground for South Australia against Vic Country, and was invited into the AFL Women’s National Academy. Could be a big improver in 2020.

Sturt has to face West Adelaide and North Adelaide twice, while also taking on last year’s wooden spooners in Woodville-West Torrens Eagles a couple of times. If the Double Blues can improve to win against some of the other mid-table teams then they should be fighting for a higher position in 2020, with their list largely untouched compared to other clubs, giving them greater continuity heading into the next year.