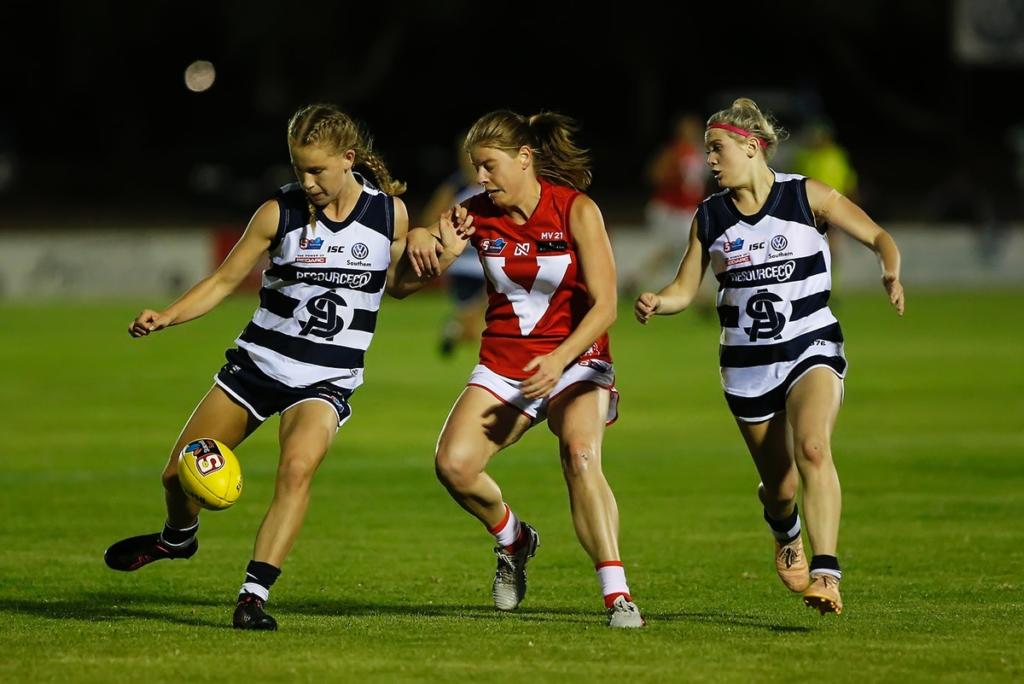 IN the next of our South Australian National Football League (SANFL) Women’s team preview, we take a look at the most successful side in the competition’s short history with back-to-back flags in the past two years. They will be faced with plenty of challenges this year as 10 players have departed, four of which stepped up to the next level through the AFL Women’s Draft.

We have combined these two departures because they both ended up on Adelaide’s list and therefore still have a chance of playing games late in the season, or if not selected at AFL Women’s level. Given the Crows’ strength it is a possibility, though McKinnon is more likely to be more like Ebony Marinoff last year and only be available at the pointy end if she chooses to do so. Campbell was an important player through the midfield, while McKinnon could play ruck or key forward and has a big future at the elite level.

Won the most disposals of any player on her side last season, averaging 18.9 disposals from 12 games, but it was her tackling pressure – 7.5 per game to be exact – that really stood out on the field. Only once did she record below five tackles, with nine of her matches resulting in a tackle count of seven or more. With some turnover in the midfield, she will be the one required to stand up and lead some of the younger talent to make sure the Panthers can apply plenty of pressure on opposition teams in search of a three-peat.

A really special top-age talent, Charlton is expected to be the leading South Australian hope at the AFL Women’s Under 18 Championships after an eye-opening performance at the championships last season. Charlton is a high flying forward who moves well, when up the ground and can rotate between the wing and half-forward. She has that X-factor about her and despite being just 17-years-old, was named in the club’s leadership group showing just how highly they rate her. She booted 11 goals from 12 games last season, an impressive total considering there were plenty of options in the Panthers’ side.

What the pocket rocket lacks in size, she makes up for in goal sense and footy IQ. Standing at just 152cm, Bennett caused more than a few headaches at the feet of her teammates last season, booting nine goals from 11 games on her way to lead the goalkicking prior to finals. She did not kick a goal on the biggest stage after missing out on the semi-final clash, but showed so much during the season by laying 4.5 tackles per game. Her defensive pressure keeps the ball inside South’s forward 50 which is crucial in the modern game.

Led South Adelaide in contested marks last season, taking 14 for the season, including hauls of four and three in two separate matches. She also booted eight goals from her 12 games, making her a damaging target inside 50 when leading out. Tahau provided good support in the ruck to McKinnon and could have an increased role there with the teenager’s departure.

The reigning premiers will also look strong compared to the rest of the competition, with double-up games against three sides that failed to make finals set to help their campaigns in season 2020. They face the other three finalists between Round 3-5 and from there on play the bottom two sides in three games, and the Bloods twice in what the Panthers will be hoping is a smooth run home.