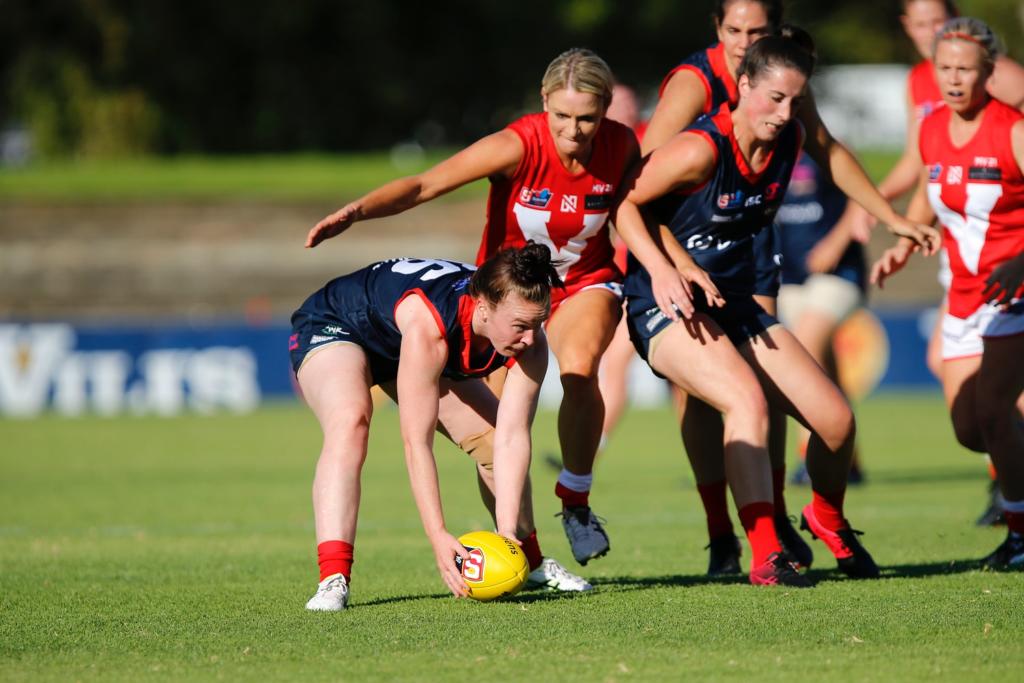 IN the next of our South Australian National Football League (SANFL) Women’s team preview, we take a look at Norwood, one of the most successful teams over the past three seasons, winning a flag and then coming close in the past two years. They lost a heap of talent to AFL Women’s lists – including coach Steve Symonds – and will be looking to their next tier of players to continue the success of the club.

Will be vital to the club’s experience given the departures over the off-season. The 30-year-old midfielder averaged 16.4 disposals, 6.7 marks and 4.4 inside 50s per game, showing just how valuable she was on the outside. With a largely inside brigade last season, Hollick will have to work with some fresh faces through the midfield to provide the same run and carry for Norwood.

The barometer of the team in terms of her defensive pressure, Cutting was fierce in 2019, laying a massive 85 tackles during the SANFL Women’s season at an average of 7.1 per game. She was not a huge ball winner, but stepped up in the final three weeks of the season, averaging 14.7 disposals per game, which was impressive as a ruck, averaging 21 hitouts per game, and 25.3 in the final three weeks. She will be a handful for any opposition ruck during the season, and with a largely new midfield group, she has a huge role from an experience point of view.

Named vice-captain this year after a consistent season in 2019, the 25-year-old was often underrated compared to some of the other names through the midfield, but it was her inside work that allowed others to move the ball in transition. Armistead averaged 13.8 disposals, 4.6 tackles and 3.7 clearances per game, only dropping below 10 touches on one occasion during the season.

Led the club goalkicking last year with 10 majors from nine games, finishing equal third overall in the league prior to the finals. After going scoreless in her first two games, Hill booted majors in seven of her next eight games, including a haul of four against Central District in the final round. With the team sharing the goals around last season, Hill is just one of many who benefit from the team success.

Last year’s league best and fairest was a revelation in her first season at the club since crossing from New South Wales. She was drafted by Adelaide in the AFL Women’s Draft and that would have relieved a lot of Norwood officials knowing she might be available on occasions. The 25-year-old averaged 25.4 disposals per game at 73 per cent efficiency, only dropping below 20 touches once. She also averaged 3.2 clearances, 2.7 tackles, 3.3 inside 50s and 1.9 rebounds in the 2019 season.

Norwood has drawn a massively favouring draw based on last season, playing all non-finalists in the double-up games, including matches against bottom two sides, Central District and Woodville West Torrens. South Adelaide in Round 3 will be a challenge, as will the Round 4 clash against West Adelaide with the Bloods and Tigers in the final fortnight of the season. Norwood might have lost a lot of talent, but the depth from last season is still there, so expect others to stand up and be thereabouts in 2020.