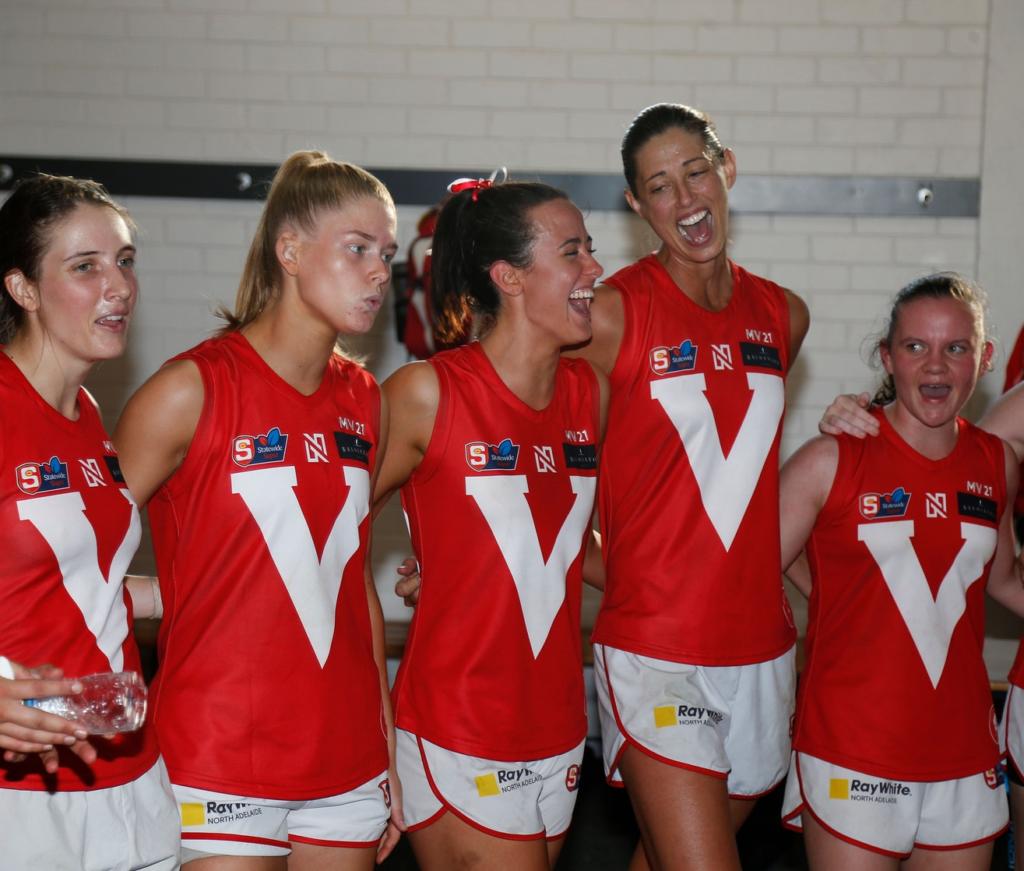 IN our next South Australian National Football League (SANFL) Women’s team preview, we take a look at North Adelaide, grand finalists from last year who will hope to go one step further in 2020 despite a number of off-season departures.

The SANFL Women’s leading goalkicker was near unstoppable in 2019, booting 29 goals in 13 games at an average of 2.2 goals per game. While she is that stay at home forward averaging five touches per game, she kicked goals in 10 of her 13 matches, including two hauls of five and a bag of four. She will still be disappointed by last year’s Grand Final performance where she had just the one touch in the Roosters’ loss, but if she can show the kind of form that helped her side get to the post-season series, then watch out.

One of the brightest young stars last season, the running defender averaged 12.5 disposals at 82 per cent efficiency. While she missed out on being drafted as a top-ager in 2019, Ward could have the extra motivation this year and add to her Team of the Year accolade last season. She had almost five rebounds per game, including a season-high 23 disposals in the Preliminary Final win over Norwood, also picking up eight rebounds. One of the best in the Grand Final loss to South, Ward had 16 touches and eight rebounds, as well as three marks and five tackles. One to really watch in 2020.

The experienced midfielder provided a consistent presence through the middle for her side last season, earning a Team of the Year nomination thanks to averaging 15 disposals per game at 74 per cent efficiency. She had three consecutive games of 20 disposals or more, and picked up a solid 15 touches and booted a goal in the Grand Final. With the departures leaving an experience void, expect the 32-year-old to step up and lead some of her younger teammates on-field.

Having reached the highest level by playing AFL Women’s, the former Melbourne player returns to the club where she played 11 games back in 2018. She also managed a couple of games last season, but will be back full-time after unfortunately being delisted by the Demons at the end of last season. A somewhat wildcard for the Roosters, she has the potential to step it up a notch in the absence of other departures and lead the side through on-field experience. Versatility is the key with Woodland and will be a player to keep an eye on in 2020.

The return of the versatile tall from Carlton’s Victorian Football League (VFL) Women’s side will be a welcome one with the Blues’ captain adding a further element of experience to the list and will provide the replacement for the departing Von Bertouch. Expect her to provide some support in defence given the Roosters strength in attack, though she can play equally as well up either end and provide a contested marking target for her teammates to crumb at her feet or run out of defence up the other end.

North Adelaide has a favourable draw with its double-ups in 2020, playing bottom three sides, Woodville-West Torrens and Sturt twice, as well as a Glenelg side that has lost three of its top stars for 2020. They do not face reigning premiers South Adelaide until Round 4, and powerhouses Norwood in Round 7. Finishing the season with the three bottom sides from last year will give them confidence if they can be in contention for a top four spot with that run home. The Roosters will be without 2019 captain, Nadia Von Bertouch as well as Brittany Perry who both landed on AFL Women’s lists, as well as the retirements of Jane Altschwager and Emma Sampson, so North Adelaide will look for others to stand up in their absence.