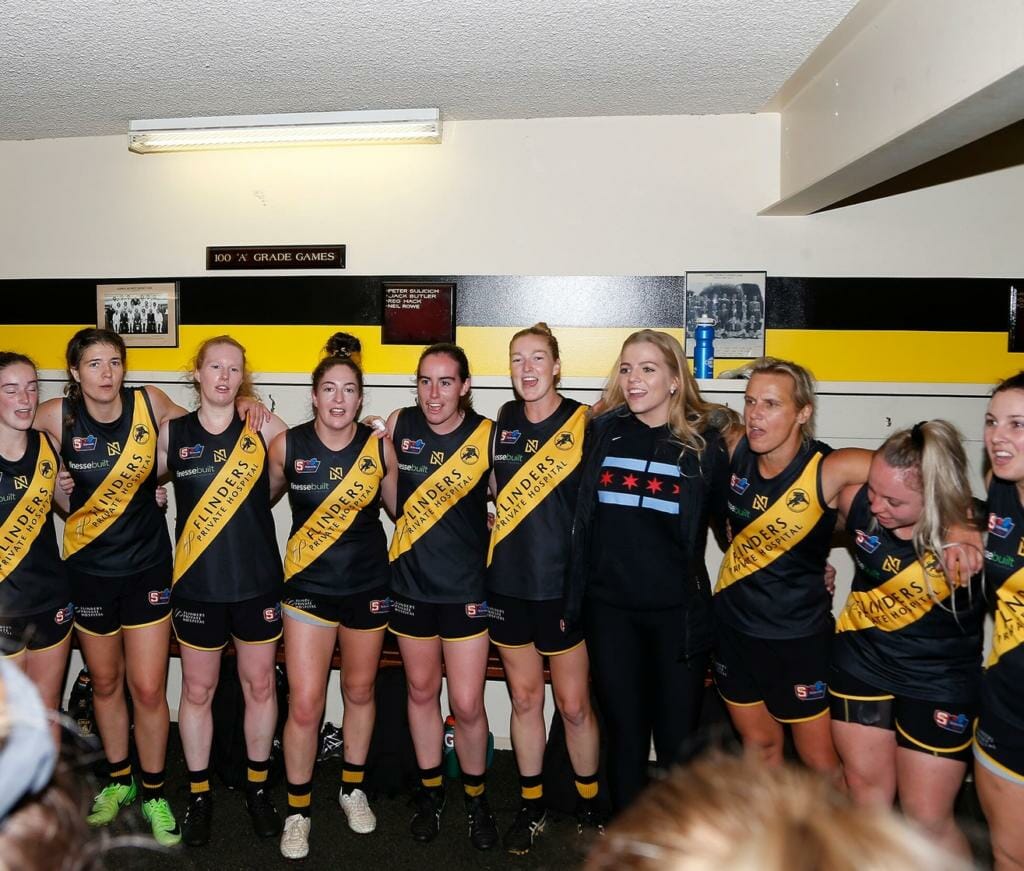 IN our next South Australian National Football League (SANFL) Women’s team preview, we take a look at Glenelg, a side that will hope to take the next step from finalist to premiership contender after a strong finish to the year saw them snatch fourth spot in the final round of the season.

The 20-year-old played all 11 games last season and showed some impressive signs, averaging 11.4 disposals and 6.5 tackles per games. Always having a fierce attack on the ball, Franson will have benefited from the year and she has the versatility to also go forward and be that pressure player inside 50, converting six goals last season. Franson also only had one game with less than two tackles and the same amount with less than 10 touches – a ray of consistency. With Bellinger and Fauser out, Franson is the leading goalkicker from last season still on the list.

Tipped to be the one to really take over and lead from the front in 2020, Armitage will try and help continue her strong form from 2019 and gel the team together that might be missing some of its key cogs from 2019. She averaged 10.4 disposals, 5.2 tackles and 1.8 clearances per game from 10 matches, and provided that inside presence for the Tigers – something they will need plenty of in 2020.

Represented the Central Allies at the AFL Women’s Under-18 Championships and managed to play all 11 games at senior level last season. While the top-age player missed out on being drafted, she is another youngster with natural ability and finished the year averaging 8/5 disposals and 4.2 tackles.

One of a number of players expected to take a step up in 2020, Morcom played ever game last year, and while was not a huge ball winner, still used it well and averaged almost eight touches per game. She also attacked the contest nicely, averaging 3.8 tackles per game and 2020 will be just about developing the consistency more often and really having an impact week-in, week-out.

Given the versatile tall was drafted by Adelaide, there is still a chance she can play an important role for the Tigers in season 2020. While it is hoped she will see time in the AFL Women’s, Glenelg will happily welcome her back for any games, after she averaged 13.5 disposals, 4.4 clearances, 4.5 tackles and 3.3 inside 50s and a rebound per game last season. It caught the Crows recruiter’s eyes enough to select her in the 2019 AFL Women’s Draft.

Glenelg have lost three of their best players with Caitlin Gould (who might still be available) and Lucy Bellinger both drafted into the AFL Women’s, and leading goalkicker Ellen Fauser on maternity leave. It means for Glenelg to remain in the premiership race, the Tigers will need to see a lift across the board from the side, and continue the form they showed in patches last season. Ebony Marinoff lifted the Bays to the decider with absolutely amazing efforts in the last three rounds, but Glenelg cannot afford to rely on her to do the same in 2020. It might be a testing year for the Tigers, but it could be good for the new-look side. Their three double-up games come against North Adelaide, South Adelaide and Woodville-West Torrens.