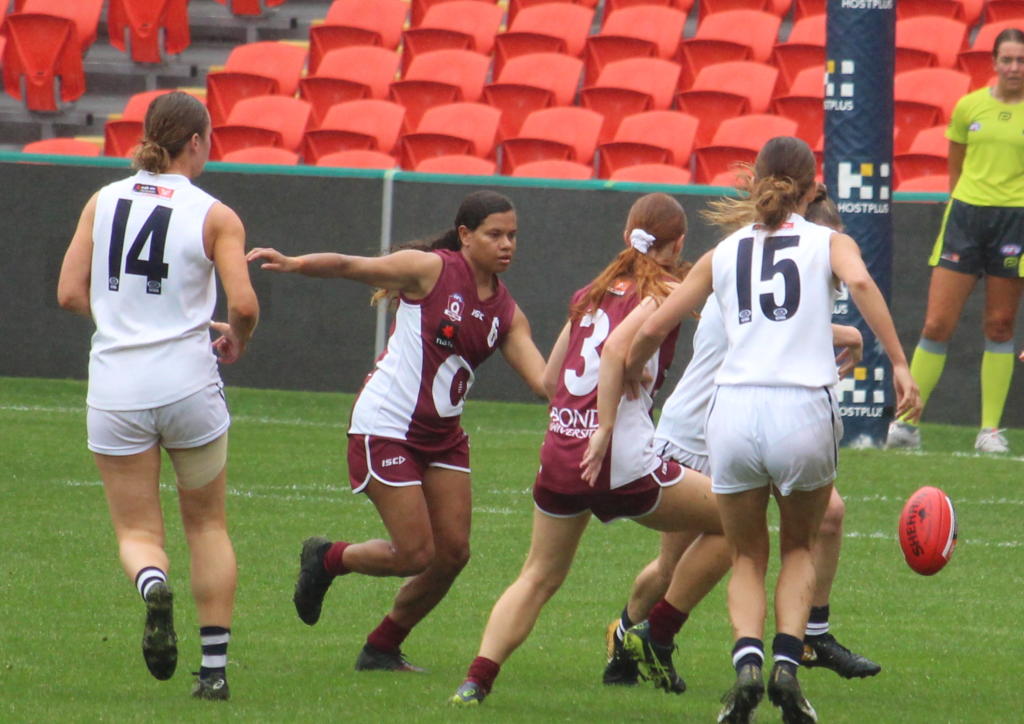 REPRESENTING her state in the game she loves was a “proud” moment for both Allanah Phineasa and her family. She was able use her natural athletic talent to run and tackle opponents, something she describes as her best traits. In speaking to the Queenslander at the AFL Women’s Under-18 Championships last year, the then bottom-ager was already making waves having come down from the Torres Strait, catching three planes to attend the championships.

“When I was in Grade 4 I started playing Auskick back at home up in Torres Strait and then I started playing footy since I went to high school in Thursday Island,” Phineasa said. “Then I got selected and started to go represent the NQ (North Queensland) in Brisbane.”

Despite not being in her draft year, Phineasa still played two matches at the 2019 championships for Queensland, averaging eight touches and three tackles in the shortened games. Her family is her inspiration and said it “meant a lot” to represent Queensland. Despite self-proclaiming that she is always working on her English, Phineasa had no troubles making connections with her teammates despite her initial fears.

“It’s really good,” she said. “It’s a pretty new thing for me because I come from up there, it’s pretty hard to get to know (teammates) because I’m not good at speaking English that much. “I’ve enjoyed being around the girls and getting to know them, it’s really good.”

Phineasa said her goal of being drafted was not far away, but admitted the travel distance at times had got to her.

“I nearly wanted to give up on AFL a few weeks ago because I was homesick, I was down here since April,” Phineasa said at the championships. “I hope I get drafted to AFLW, just to make my family proud.”

While being drafted is the goal, Phineasa understands she still has a long way to go and areas to improve on.

“I just want to work on getting towards the ball, attacking and tackling,” she said.