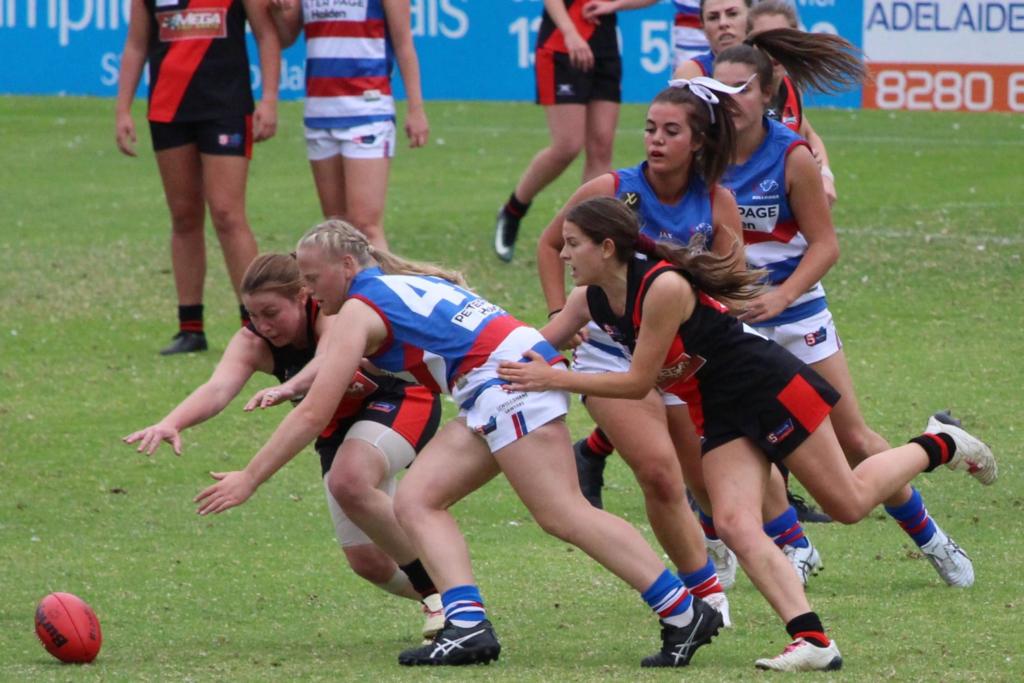 IN our first South Australian National Football League (SANFL) Women’s team preview, we take a look at Central District, a side that finished seventh in its inaugural season, but showed some promising signs which it can carry into 2020.

The club’s inaugural best and fairest winner, and a standout performer last season. Sonneman was slick with ball-in-hand averaging 13.5 disposals at 74 per cent efficiency, while working hard out of defence rebounding time and time again. She averaged four rebounds, marks and tackles such was her defensive pressure coupled with her offensive drive out of the back 50. She will undoubtedly be a key player to keep an eye on this season, and has a long career ahead of her.

The Adelaide AFL Women’s listed played managed eight games in 2019, booting nine goals from her preferred role up forward. Unfortunately the strength of the Crows’ line-up meant the 19-year-old was delisted at the end of the season, but her contested marking ability and goal sense will mean she is a key cog in Central District’s quest to move up the ladder.

The 22-year-old was a reliable rebounder in a defence that was under siege at times. She provided that fierce pressure needed in any side, but set the tone for her teammates with five tackles and almost four rebounds per game. She was not a huge ball winner (just the eight touches per game), but she was crucial to the Bulldogs in their set-up last year. Doughty also won the club’s Most Courageous award last year at the Best and Fairest, further showing her importance to the team.

Led the club in disposals, averaging 14.3 touches per game playing in all nine matches. She also set the tone through the midfield with 5.6 tackles per game and won 3.3 clearances too. Not afraid to get stuck into the contest, Stewart is one who will lead the way through the middle of the ground, and is co vice-captain with Doughty.

The youngster missed out on being drafted last year, but could come back in 2020 with a point to prove. She had a strong season last year for the Bulldogs and averaged almost four tackles per game to go with her nine touches, earning plaudits from the coaches to finish runner-up in the club best and fairest. One of a number of teenagers who has the capacity to take on a greater role in the SANFL Women’s to try and remind recruiters what she is capable of.

The Bulldogs have copped reigning premiers, South Adelaide, grand finalists North Adelaide, and minor premiers, Norwood in the double-up games this year. A harsh draw considering, but those clubs have lost players over the off-season through AFL Women’s, while Central District have just two confirmed outs with Rebecca Catterall headed to the Eagles and Courtney Jensen departing for work purposes. They have recruited a number of players from local leagues to make the transition up to the top state level, and it will be fascinating to see how they go. While some of the other teams still have more firepower on their lists, the Bulldogs have a relatively settled line-up from last year and were more competitive as the season went on, so expect them to only improve from here on.