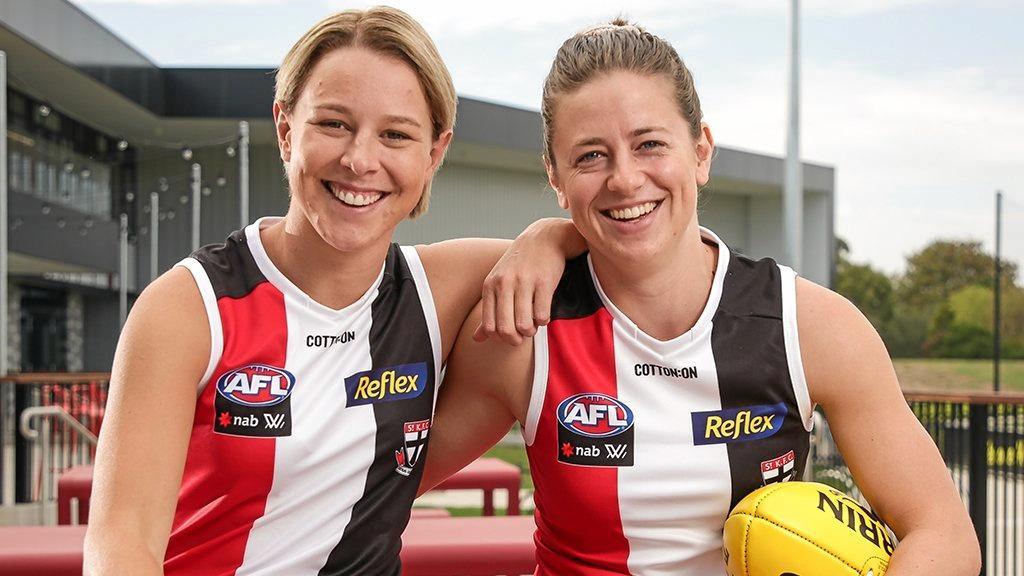 WITH a trio of skippers in Kate Shierlaw, Cat Phillips and Rhiannon Watt to head up St Kilda’s inaugural AFL Women’s season, it is set to be a big year. They will be hoping to have an immediate impact on the competition and climb their way to a finals series but will have their work cut out for them.

The former Brisbane Lions forward is an excitement machine and will offer a great deal of talent in the forward 50 for St Kilda. She oozes experience and will be able to steer the ship in the right direction in her side’s inaugural year. McCarthy can lead up at the footy and is unafraid to take the game on with her no-nonsense attitude and dynamic movement. She can hit the scoreboard thanks to her accuracy in front of goal and is unpredictable for opponents making her hard to stop when on song.

The Calder Cannons prospect will offer plenty to the Saints with the talented midfielder able to play in any position across the ground and have an impact. She is a real leader on the field, able to take control when the going gets tough and does not get overawed by the bigger bodies as shown during her time with Essendon in the VFLW. Patrikios is clean by foot, able to hit up a target while her vision in traffic is equally as impressive. She can work her way through the congestion thanks to her quick hands and high footy IQ. The onballer won the AFL Women’s Under 18 Championships’ Most Valuable Player (MVP) award, highlighting her high level of skill and work ethic. She is a real excitement machine and always gives 110 per cent, making her a key addition to the Saints side.

Guttridge will be a great acquisition for the Saints who will be looking for her footy nous and go-get-it attitude to help guide them through the season. The former Collingwood player will add a wealth of versatility to the St Kilda line-up able to play at both ends of the ground highlighting her skill and footy know-how. She is a silky ball user able to hit a target and is not afraid of the contest always throwing herself at every opportunity. Guttridge is still young and has plenty of development left in her making an exciting prospect for St Kilda.

The Saints have been tasked with a hard start to the year playing 2018 premiers the Western Bulldogs and then travelling to South Australia to meet reigning premiers Adelaide a week later. Although the Crows have lost some key players expect it to be a tough match for the Saints who will still be ironing the kinks out given it is their inaugural season. St Kilda also have to face grand finalists Carlton in Round 5 who will be humming and then Richmond in Round 6. The run home does not get any easier playing two away games albeit Collingwood at Victoria Park and then West Coast in the final round of the home and away season at Lathlain.

PREDICTION:  5th/6th in Conference B

It will be a difficult season for the Saints who have been heaped into a conference filled with premiers and serious contenders. Although the Western Bulldogs have lost some key players they still have a wealth of talent that can do damage across the park, while Carlton is only getting stronger thanks to the recruitment of up and coming stars. Collingwood will be looking to make amends for their 2019 AFLW form and have proven they have the players to do so taking out the 2019 VFLW premiership making it hard work for the Saints coming through. Expect the girls in the red, white and black to look to the likes of Nat Exon, Alison Drennan, Tilly Lucas-Rodd and Jessica Sedunary who have all spent time at other clubs to lead them on the field when the going gets tough.