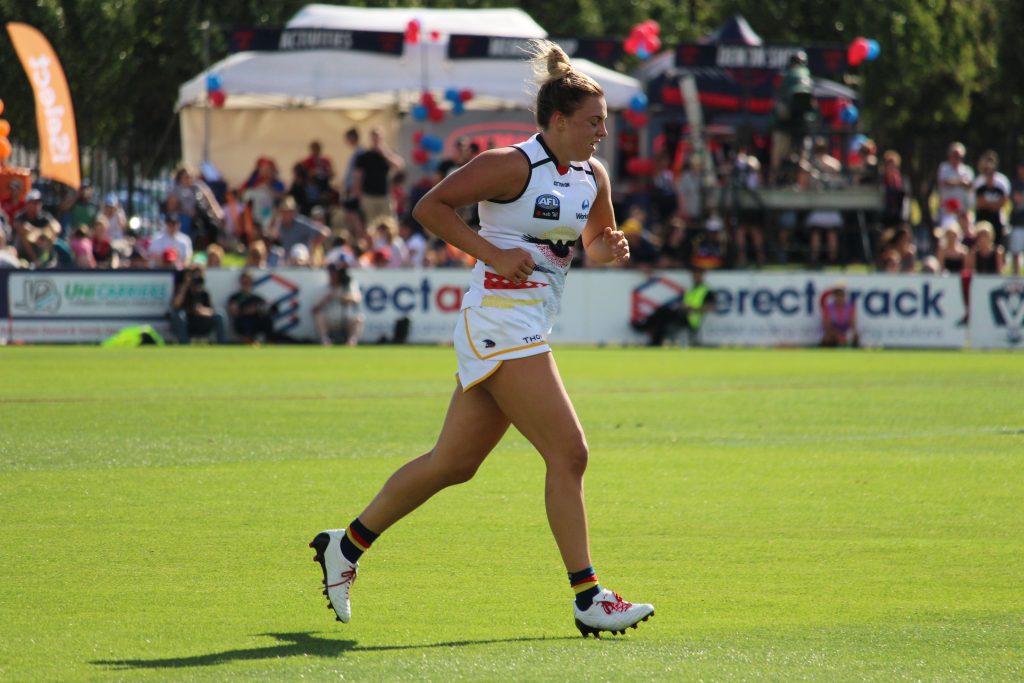 LAST year’s premiers and the clear top side in the AFL Women’s short history, Adelaide heads into season 2020 with a couple of huge question marks. Two of their best players are out with long-term knee injuries in dual MVP Erin Phillips and co-captain Chelsea Randall. They leave two massive holes to fill in a side with enviable depth but the hope is still there for Phillips to return at some point during the season. If they can manage to fill those roles without too much upheaval in the line-up, the Crows are still a great chance to make finals and push for a third flag in four years.

It is hard to believe the star midfielder has only just turned 22 last year, and is still a few years away from potentially hitting her prime. A genuine elite talent already, Marinoff can do it all through the midfield and in the absence of Phillips and Randall on-field, she can lead her Crows to another finals series. Her attack on the ball and ability to push through adversity and win games off her own boot – as shown in her return to the SANFL Women’s late last year – are among her greatest strengths.

Watch out for the next big star when it comes to key position players, with McKinnon able to seamlessly slot into the Crows’ rotation. They might not throw her straight into the mix against bigger-bodied and more experienced rucks, but McKinnon can fill the role of Phillips up forward and provide a marking target. Her best attributes are her contested marking and her ability to compete at ground level which she showed for South Adelaide in the SANFL Women’s, as well as for South Australia at the AFL Women’s Under-18 Championships where she was named in the All-Australian team.

AFL Women’s spectators got a glimpse of what the talented forward was capable of last year, so expect her to follow up her efforts with a big season this year. Having missed her top-age year due to a knee reconstruction, Scheer was drafted as an over-ager and did not disappoint in season 2019. There is unlikely to be any second year blues from Scheer, who along with a young forward line has the potential to be a leading goal kicker in the future. A perfect example of the next group of AFL Women’s stars coming through the ranks.

Realistically, the Crows have a fairly decent draw, with the challenge undoubtedly being back-to-back games against grand finalists Carlton, then travelling to North Hobart in Round 5 to face the Kangaroos. Both these sides will eye off finals, and with North Melbourne also falling in their pool, it will be a tough couple of games. Outside of those matches, Adelaide would be favourites to win fairly well, though do not discount Geelong in Round 3, and potentially Richmond in Round 8 if the Tigers are up and running.

PREDICTION: 2nd/3rd in Conference A

The Crows might be missing a couple of elite talents, but their best 21 is the greatest in the league and given the mix of experience and youth, goal scoring power and defensive prowess, it would be a surprise not to see the Crows make the finals again. North Melbourne is tipped to top the conference given how it went last year, but the Crows are in the next couple with both Carlton and Geelong considerations after their finals seasons. The new sides in Gold Coast and Richmond have talent on the board but it will be easier to read once the season has started.

FOR MORE AFLW content, check out our AFLW page on the site!