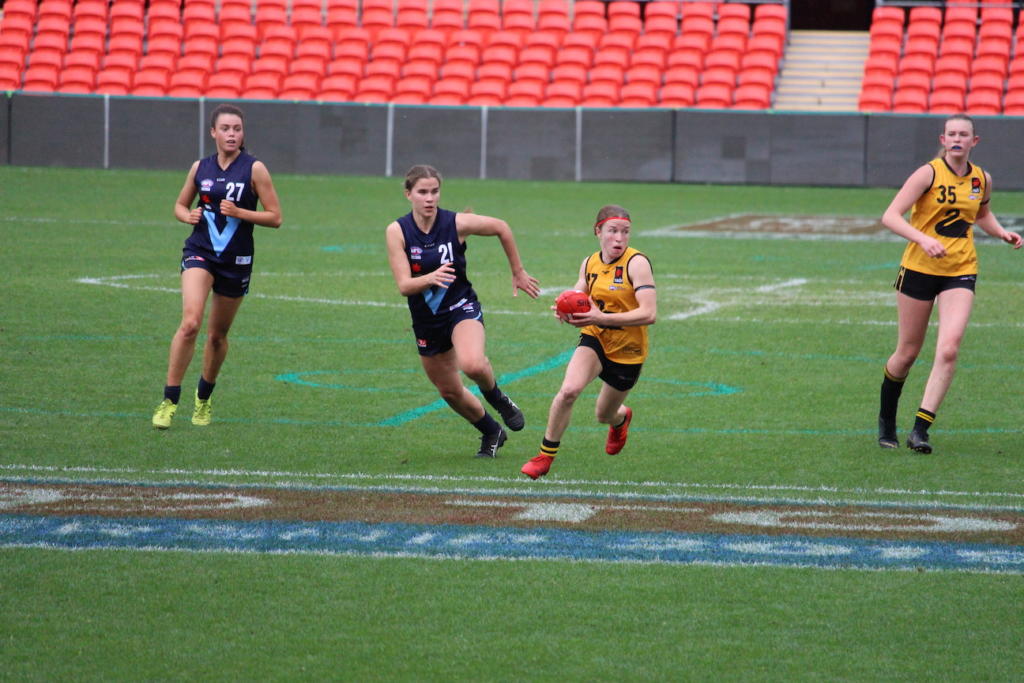 WEST Coast might have the biggest question mark against itself for the 2020 AFL Women’s season. It is not a question of talent – the names on the Eagles’ list attest to that – but it is more a question of how the team will adapt to the structures in place and with one another purely because of the four expansion sides, West Coast is the only side not to have played together. St Kilda and Richmond both had VFL Women’s sides, Gold Coast had a Winter Series team, while West Coast has picked up a host of experience and youth from all over the country and it will be fascinating to see how the coaching staff throw the team together and see how fast they can jell at the elite level.

The Eagles were quick to list a couple of young stars on their list back in January, with Mikayla Bowen a standout prospect from Western Australia’s Under 18s, while Rosie Deegan is a talented dual-code basketballer. When the expansion club period opened in April, West Coast immediately went straight to the top, snaffling Fremantle star, Dana Hooker, whilst also convincing former Dockers, Ashlee Atkins, Melissa Caulfield, Brianna Green and Courtney Guard to come across, along with GWS GIANTS’ talent, Emma Swanson. Swanson was soon joined by GIANTS teammate, Maddy Collier, as well as Dockers, Parris Laurie, Kellie Gibson, Alicia Janz, and Western Bulldogs’ Belinda Smith.

The Eagles were more than happy to hand over Pick 13 for Brisbane’s McKenzie Dowrick, then grabbed former West Australian Kate Bartlett from the Dogs, and Cassie Davidson from the Dockers for bargain basement prices. They pre-listed one of the unluckiest players not to be on and AFL Women’s list currently in Essendon’s Hayley Bullas at the end of August, along with local talents from the West Australian Women’s Football League (WAWFL) in Emily Bosner, Beatrice Devlyn, Ashton Hill, Danika Piscoceri and Emily McGuire. Rounding out the pre-draft list, the Eagles picked up twin sisters, Grace and Niamh Kelly from Gaelic football as rookies, as well as Rugby union player, Mhicca Carter.

The Eagles did not have a first round pick in the AFL Women’s Draft, selecting Imahra Cameron with the club’s opening selection down at Pick 19. They had previously matched a bid to pick up Academy athlete Sophie McDonald at Pick 39, then picked up locals Tarnee Tester and Katherine Orme – the latter of whom was able to post about her own recruitment as the social media coordinator at the club. West Coast wrapped up the draft with a couple of Hawthorn VFL Women’s teammates in former Crow and Demon, Talia Radan, and the best on ground in the 2018 VFLW Grand Final Chantella Perera.

By far, the West Coast line-up is the hardest to predict for 2020, with plenty of depth through the midifield and defensive end, but more medium and small forwards than talls. They have a number of ruck options who might develop into key forwards, but the Eagles’ strength lies in its inside ball winning ability and danger at ground level once in side 50.

Hooker is the standout player in the side, though the youth of Bowen, Dowrick and McDonald will add to the future, while Swanson and Gibson are quality players on their day. The Eagles will head into the season as one of the underdog teams and hard to predict given their relative lack of matchday experience, but they have a good base for the future.