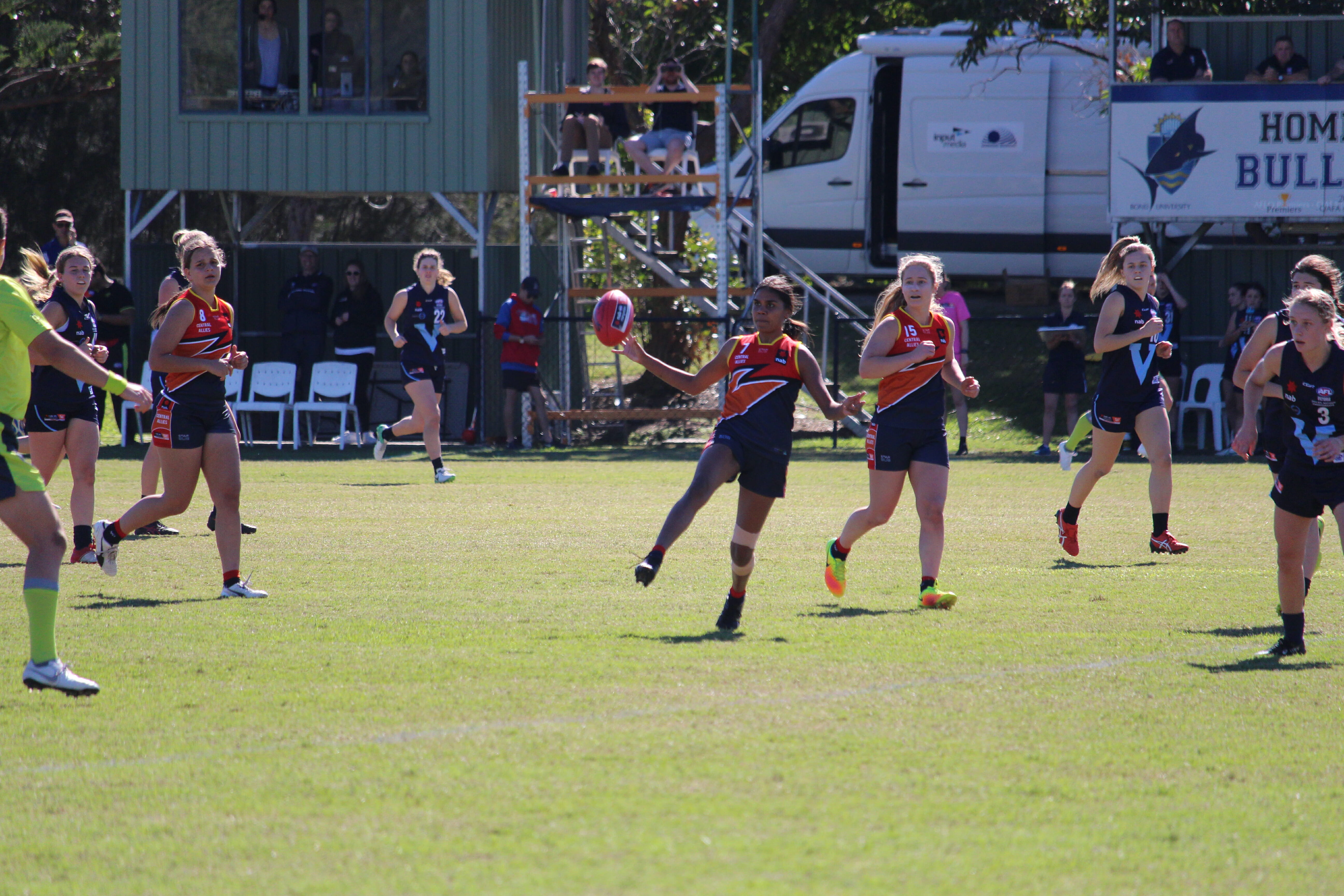 ROUND 12 is the first round back for the 2019/20 season after Christmas with a number of big matches on the cards this week. With that comes the first Friday night match of the season on top of a number of close encounters that could see the ladder change drastically.

The opening match between Palmerston Magpies and Darwin Buffettes is set to be the top four matchup of the round, with third taking on second in what is likely to be a close encounter. It was inaccuracy that let the Magpies down last time the sides met with the Buffs trailing until the final quarter, booting three goals nil to finish the match. Tabitha May and Bianca Stokes were the top players for their respective sides while Arthurina Moreen and Michelle Ellis booted two apiece. Billie Byers, Iesha Ronberg and Janet Baird have been among the top performers for the Magpies while Moreen leads the goalkicking tally with 20 goals from nine matches. For the Buffettes, the loss of Machaelia Roberts certainly put a spanner in the works through early patches of the season, though the likes of Kylie Duggan, Jemma Iacono and Tayla Hart-Aluni have  well and truly picked up the slack alongside a further 20 multiple goalkickers.

Tracy Village will look for their second win of the season in this match while Big River Hawks are in ultimately the best position to win their first match for the season to start 2020 on a high. While both sides have struggled this season, often rendered scoreless, the two sides went toe-to-toe last time they met with the Razorbacks only just running over the Hawks in a close see-sawing encounter. Tracy Village’s Nickesha Jones was the topscorer for the afternoon with two goals to her name but hasn’t been able to string consistent matches this season, though she still sits even for goalkicking in the side with Bonnie McDougall also sitting on two goals from 10 games. Alexandra Biggs, Gabrielle Young and Tara Everett have also proved consistent throughout the season. For Hawks, Crystal Brown, Cammie Delacoeur, Deanna Peckham and Jayde De La Coeur have been the key performers all season despite the side not managing to put any wins on the board.

The last encounter between these two sides saw Wanderers get over the line against St Mary’s in a close battle, with the Wanderers going scoreless in the first term before sparking a final quarter comeback, booting three goals to nil to win the game and keep St Mary’s goalless after halftime. While the two sides sit apart on ladder standings in eighth and fifth respectively, they are only separated by one win meaning this will be a very interesting battle with plenty to work for. Both sides come into this match off the back of wins last round with key players around the ground, with the Eagles’ Morgan Johnston, Sophia Mauboy and Shekeine De Satge consistent to a ‘T’ with De Satge leading the goalkicking tally for the side on 10 for the season. Meanwhile at St Mary’s, not one player has taken the field in every single game, with Sharna Edwards one of four who has played 10 of 11 for the season with plenty of young talent and inexperience being tested every week.

A second high-stakes match for the round will see Southern Districts in fourth take on Pint in sixth, with Pint only one win and a draw behind Districts after 11 rounds despite a massive 73 point Round 3 loss to the Crocs. Ebony Miller well and truly opened her account for the Crocs last time these two sides met, booting five alongside Mickaela Derschow who booted two but hasn’t put consistent games together. Tahlia Holtze and Charles Deegan have been among the most consistent for the side with four and three times in best respectively, while Miller has well and truly proved herself as the key player to stop up forward with 31 goals to her name from nine matches. For the Queen Ants, Emma Greaves and Erin Hetherington have been among the most consistent having taken the field for every match this season while Jasmyn Hewett is the side’s leading goalkicker with 10 to her name from eight games.

Nightcliff got away easy last time they took on the reigning premiers, with Waratah disappointingly inaccurate in front of goal and only managing four goals despite the 40 point margin. Jenna Singh and Jordan Smyth impressed for Waratah last time these sides met while Lisa Roberts and Rebecca Pryer have been named in the best seven times since then, while Lauren O’Shea is the current leading goalkicker for the side with 16 goals from 10 matches. For Nightcliff, Laura de Hommel and Hannah Turnbull were among the best in Round 3 despite the side being rendered goalless, while Emma-Lou Wolsey, Mickayla Ward and Shantel Miskin-Ripia have been consistent performers across the season combining for 20 goals across their combined 19 best-on-ground listings. This match between seventh and top of the ladder is set to be an interesting one, with both sides looking for a win this week after respective defeats in Round 11.