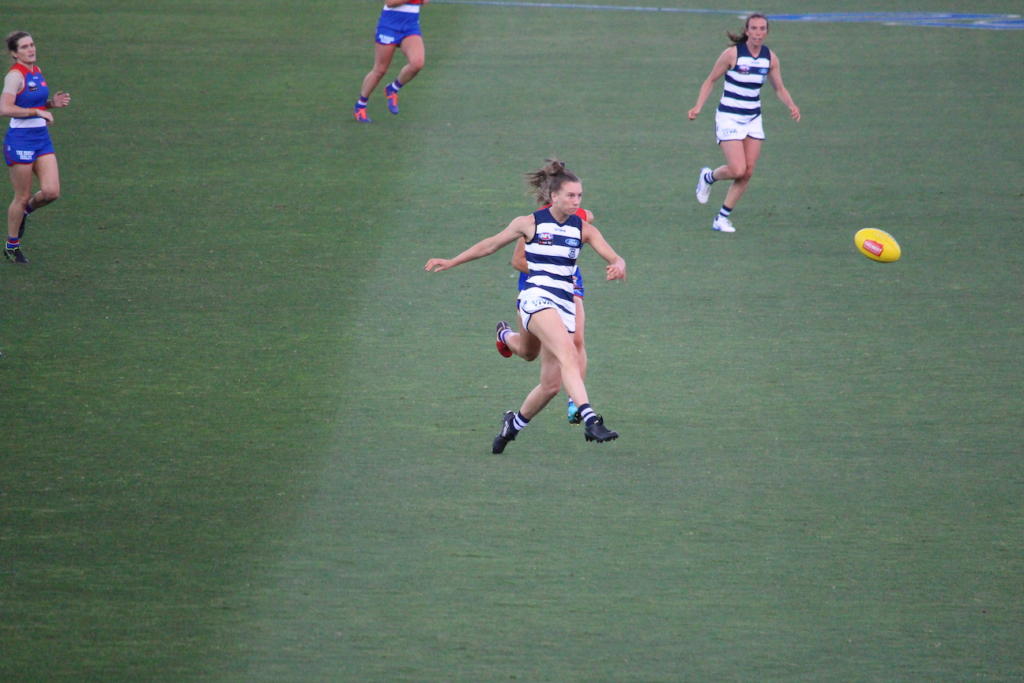 IN arguably the most stable club off-season in the entire AFL Women’s competition, Geelong was quiet on both on the recruiting and trading front. The Cats delisted six players from the inaugural 2019 list that took Geelong to the finals series, while Erin Hoare retired. They did not lose anyone to expansion or through trade, and instead headed to the AFL Women’s Draft to find new talent.

In the draft, Geelong picked up a future captain in Millie Brown who led the Bushrangers this year, matching a bid for the father-daughter prospect to continue the tradition from father Paul in the blue and white hoops. Brown will likely be a Round 1 starter if fit, and she was joined at the club by NAB League Girls’ leading goalkicker Mia Skinner who is the sole Geelong Falcons player to join the team. The Cats then targeted experience, picking up Amy McDonald and Madisen Maguire out of their own VFL Women’s backyard, whilst also selecting Carlton’s Gemma Wright and Casey’s Nicole Garner.

Geelong’s potential line-up for 2020 is one of versatility, with so many players capable of filling a role in multiple positions. With 2018 number one draft pick, Nina Morrison returning, the Cats will find a spot for her, with Brown another likely chance, while the other mature-age recruits will push for spots but are in the emergencies and depth at this stage. With the departure of Hoare, expect Rene Caris to be handed a greater role through the ruck, learning from Aasta O’Connor and sharing time in the role to eventually take over full-time in the next few seasons. The Cats’ side has a good balance of youth and experience from which is exciting, and its forward line is as damaging as ever.

Expect Morrison to play more of a half-forward role in returning from her knee injury, while fellow 2018 draftees, Olivia Purcell, Sophie Van De Heuvel, Denby Taylor and Georgia Clarke should all become strong members of the side by the end of the season – with some already there. The biggest plus for the Cats is they made the finals despite various injuries and setbacks throughout the year, and conference debate aside, showed they could compete with the majority of teams. They have not lost anyone outside of their control, with Mia-Rae Clifford perhaps the one surprise delisting. Other than that, they retain the majority of their list and head into 2020 full of confidence, and rightfully so.