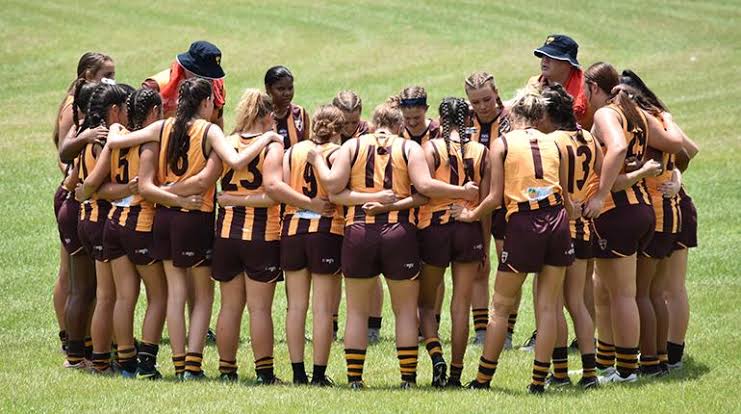 ROUND 10 is set to have some interesting battles, with a few ladder-defining matches heading up the weekend. In a change from the usual scheduling all five matches this week take place at different locations, making for potential of a real mixed bag of results especially with temperatures expected to surge over the weekend in some parts of the Northern Territory this week.

Nightcliff are in an unprecedented position once more this week, sitting in fifth with five wins for the season so far coming up against eighth placed St Mary’s to open Round 10. Both sides were part of high-scoring clashes last round though the Tigers certainly will come in favourites given their solid 95-point victory over Big River Hawks while St Mary’s only managed eight points against Southern Districts. Nightcliff will look to tighten up the accuracy this week after booting 23 behinds last round. Last time these sides met Nightcliff came away with a solid 11-point victory so will look to back up that effort this time around. Saints’ Sharna Edwards and Yasmin Roe have played every match so far this season well and truly earning their spots in the lineup with their consistency. Nightcliff’s Eliza Morrison, Emma-Lou Wolsey and Mickayla Ward have also proved to be consistent performers throughout the season so far.

Tracy Village will look to get one back this week after a disappointing display last round against Waratah while Pint will be brimming with confidence after going toe-to-toe with Darwin Buffettes and given a draw for their efforts. While not far apart on the ladder, sitting ninth and seventh respectively, Tracy Village is sitting far below Pint on percentage making this a difficult task for the Razorbacks. One thing that will go in the side’s favour however is the home ground advantage with the match taking place at Tracy Village. The two sides did battle in Round 2 with Tracy Village going scoreless, entirely run down by Pint meaning the Tigers have a lot to prove this round. Pint’s Jasmyn Hewett, Emma Greaves and Erin Hetherington will look to continue their solid form while Razorbacks have the likes of Alexandra Biggs, Gabby Young and Tara Everett up their sleeve with plenty left to prove.

Big River Hawks have another rough one coming up this week when they take on second-ranked Darwin Buffettes. The Hawks went scoreless last time they took on the Buffettes, with the Buffs booting 19.19 for the match. While the Buffs have had a shaky past few weeks on the track, they are unlikely to have a tough time against the Hawks who have struggled to put points on the board this season. The Hawks will have some confidence on home soil but with temperatures expected to peak upwards of 40 degrees celcius only time will tell whether they are able to put up a worthy fight. Jayde De La Coeur and Crystal Browne are two of the most consistent performers for the Hawks alongside Deanna Peckham. For the Buffettes, Kylie Duggan has been solid across her eight matches with three best on ground appearances while Tikesa Docherty-Cole has booted seven goals from two matches to prove herself as a key option forward for the Buffs.

The final Saturday match of the round will see fourth and sixth do battle with both sides on the same amount of winning points though Districts arguably have the better percentage and potential to get a win on the board in round 10. The Crocs had the winning points taken off for their last battle against Wanderers back in Round 2, so the side will surely want to prove they can get away with victory this time again. For Districts, Charles Deegan is key finding the footy while Ebony Miller has the ability in front of goal to be dangerous if left unattended, already having booted 27 goals for the season. The Wanderers will look to their stalwart trio of Morgan Johnston, Shekeine De Satge and Sophia Mauboy who have continued to perform across the board this season.

The final match of the round is set to be the biggest with Waratah hosting Palmerston Magpies. The two sides went  toe-to-toe in Round 2, ending with a 10 point margin Waratah’s way, so the Magpies are sure to ark it up this time with accuracy and forward pressure surely on the agenda. Both sides come into this matchup off solid wins in the past few rounds so expect another tight battle between two of the top sides of the competition. Iesha Ronberg has proved her consistency across a number of matches with consistency and cleanliness to boot, unafraid to go into the contest hard and earning six best on ground appearances for her efforts. Arthurina Moreen will be key for the Magpies alongside Ronberg with a real eye for the goals while Billie Byers and Janet Baird also have plenty to offer. For the ‘Tahs Rebecca Pryer has impressed throughout the season while Lauren O’Shea is the current leading goalkicker for the side with 12 from eight matches.