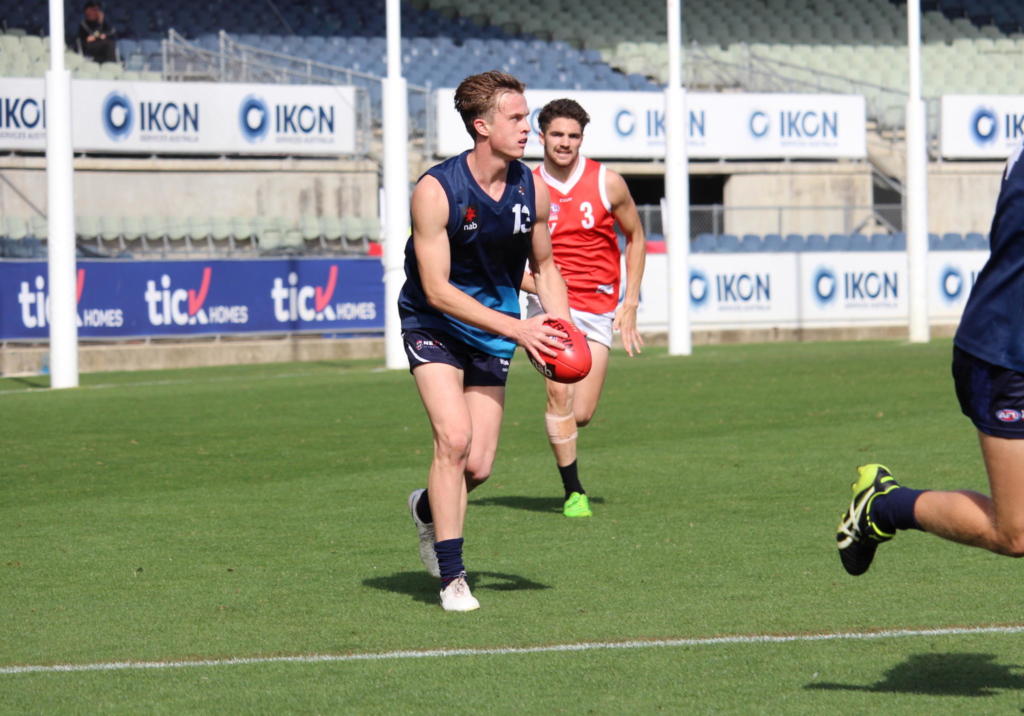 POISED nicely among the first round, the Western Bulldogs perfectly met the need for a pure small forward with arguably the best available, while filling out flanker depth and taking a punt on a different type of midfielder to their own who is coming off a long-term injury. With only three picks taken in the National Draft and none for the rookie list, the Bulldogs’ haul is short but sweet.

Having Cody Weightman available at pick 15 was seemingly the perfect result for the Bulldogs, especially given the Dandenong Stingrays product had toured the Kennel just prior to draft day. With the other considerations in Kysaiah Pickett and Miles Bergman conveniently off the board at that point, Weightman was the natural choice and could make an impact early given the Bulldogs’ shortage of pure small forwards. The all-action, high marking draftee impressed on the big stage for Vic Country with two bags of four goals, showcasing his fearless attack on the ball which suits the Footscray-based side.

The Dogs only re-entered the draft much later on at pick 53, opting for talented runner, Louis Butler. A Vic Metro representative, Butler is another who gets to a number of contests and can rack up the ball across half back. A usually sound and penetrating user of the ball, Butler’s drive could also become an asset through the midfield if a spot is available down the line.

Riley Garcia was the last of the Bulldogs’ picks, taken at number 62 as a good news story out of the National Draft. The small midfielder has loads of ability and can win his own ball, but ended a terrific National Championships on a sour note as he tore his ACL against Vic Country. While he won’t be able to impact straight away given the recovery time, Garcia is a point of difference in the big-bodied Dogs midfield who could be used on on the flanks long-term.

It was an overall sound draft from the Bulldogs, with little to work with but a lot of value coming in and a perfect fit in the first round. Weightman could have an impact straight away, with the other two pick-ups providing some long-term depth.