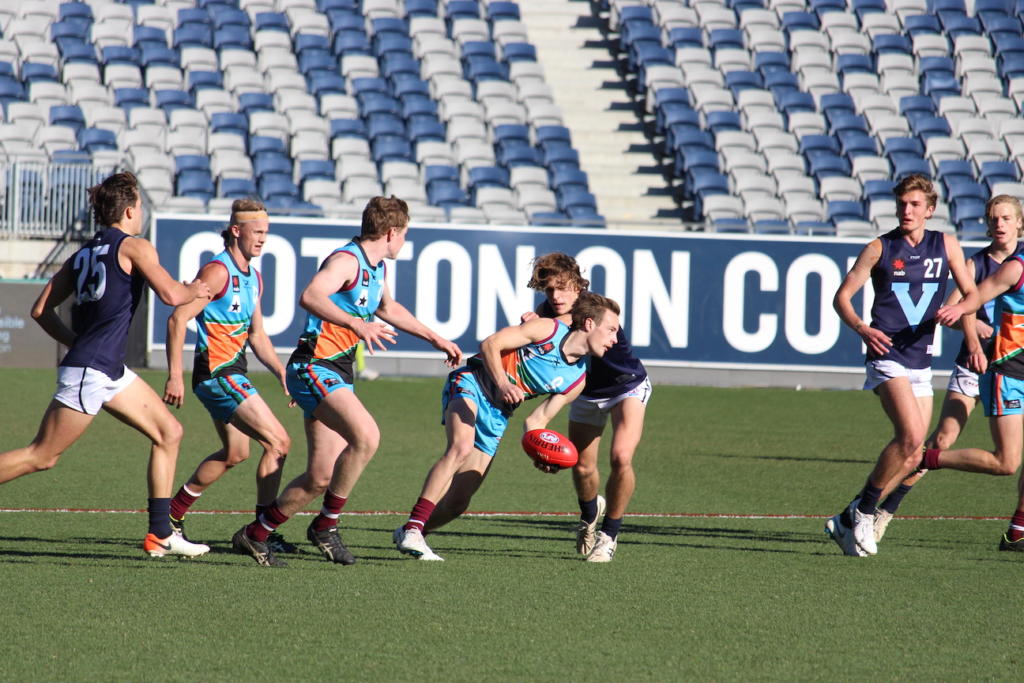 A PREMIERSHIP 12 months ago, another finals series and a huge inclusion over the off-season with Tim Kelly crossing from Geelong, West Coast was always going to be a quiet achiever in the AFL Draft period. The Eagles picked up two players – both West Australian as predicted by Draft Central prior to the draft – as well as a second Claremont player in the Rookie Draft, and a massive slider who could be the steal of the draft. West Coast also redrafted a couple of their delistees to put them back on the rookie list.

Entering the AFL National Draft at Pick 49, West Coast opted to go tall by plucking out local ruck, Callum Jamieson. Considered the fourth best ruck in the draft crop and the clear best available by the selection, Jamieson is an overager who is a year further advanced compared to his peers. At 199cm and 84kg he could still add more size to his frame but is more readymade than some other big men in the draft crop. He works hard around the ground and is more mobile than many might think, able to not only roam around the ground as a ruck, but go forward and rest to provide a leading target inside 50. He is strong overhead and whilst being a long-term prospect the Eagles fans might not see for a little bit, he will get plenty of experience working under Nic Naitanui.

With the second selection, the Eagles chose running defender Ben Johnson who might be small at 178cm, but he has a penetrating kick that is eye-catching as much as it is damaging to the opposition. At Pick 58, Johnson looms as good value and hailing from West Perth does not need to relocate for his senior football, staying in Western Australia. Like Jamieson, Johnson is lightly built and at 68kg and will need to spend a year in the gym adding size to his frame to compete against the stronger small forwards. He is most damaging with his offensive output through rebounding and running, though can play accountable football in the back half as a defensive player.

Looking to the Rookie Draft, the Eagles picked up late bloomer, Anthony Treacy and draft slider, Mitch O’Neill. Treacy, who rose all the way from the amateurs to have a good season with Claremont in the WAFL showing off his skills and decision making in the forward half. O’Neill similarly has terrific skills and decision making and might have been overlooked due to his 176cm and 72kg size, as well as his on-and-off ankle injuries. But without a doubt if O’Neill lives up to his potential, the dual All-Australian could make a lot of clubs look silly and be the value pick of this draft with his versatility and clean hands among his standout traits. Given that he was considered a first rounder by some prior to the season, Eagles fans should be over the moon to snaffle the Tasmanian at Pick 25 in the Rookie Draft. The Eagles concluded their draft period by redrafting Brendon Ah Chee and Hamish Brayshaw.

Overall, the Eagles were able to stay local for three of their four picks, then grabbed O’Neill to add class and massive value at that selection, making the most of a draft where their picks were not ideal.