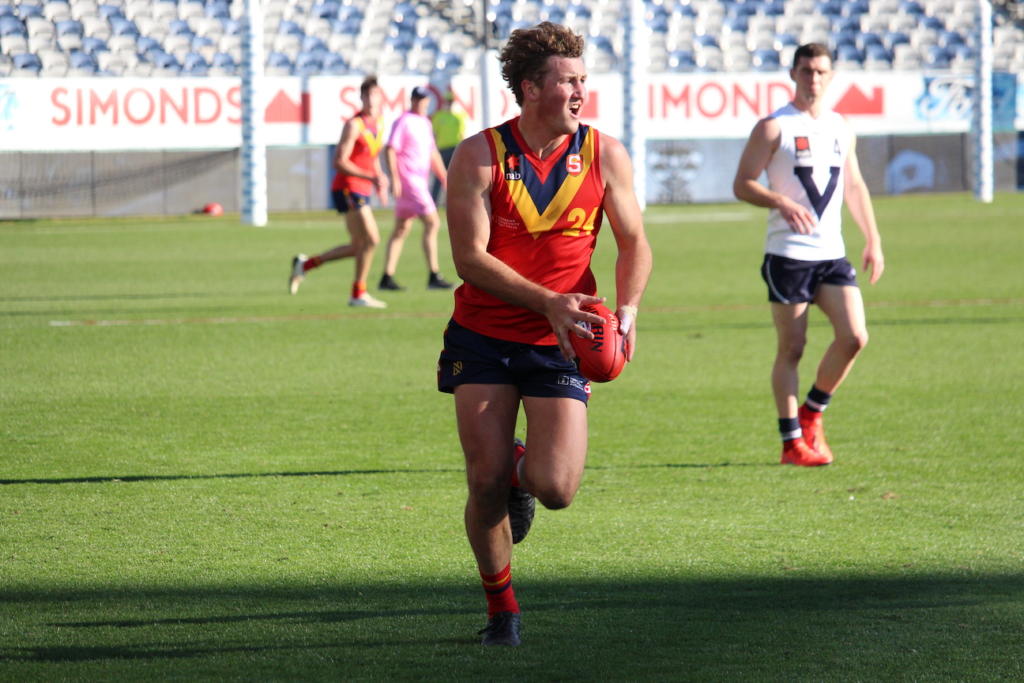 A REGENERATIVE draft haul is what Sydney Swans fans can look forward to reaping the rewards of, with their side bringing in a range of talents and some long-term midfield cover. Boasting their first non-academy top 10 pick since taking Gary Rohan at number six in 2009, the Swans pulled a small surprise and picked up a South Australian gun with senior experience, packaging another Croweater with their next pick and two West Australians to round out an impressive National Draft haul.

Dylan Stephens became the Swans’ first non-academy top 10 pick in a decade when snapped up at pick 5, with much of the talent around that range ensuring Sydney would pick a top-end quality player. It did that with Stephens’ blend of inside and outside traits suiting the Swans’ long term needs. While his frame and penetration on the outside bode for growing into a classic wingman, Stephens is more than capable of becoming the locked-in inside midfielder that Sydney will need long-term. His senior experience in the SANFL League and Norwood’s premiership-winning Reserves means he should be ready to slot straight into the starting side.

Fellow South Australian Will Gould was next on the list for Sydney, another readymade type with senior experience having won the SANFL League premiership with Glenelg –  which was enough to see the Swans trade up to nab him. One of the strongest players available, Gould played more like a key defender at Under-18 level, but could be more suited for the third tall role in the back six given his sure kicking skills and phenomenal penetration. While Gould lags athletically, he is a footballer’s footballer and has all of the natural talent to prove plenty of people wrong by making his mark in the big leagues.

While Sydney already boasts a couple of exciting medium forwards, mercurial West Australian Elijah Taylor was too hard to pass up on at pick 36. On talent alone, Taylor is arguably a first round prospect and could be anything at the next level with his innate goal sense and knack for the spectacular. His selection could also free up Isaac Heeney for more midfield time and make possible pursuits for Tom Papley easier to take. Making the trip east with Taylor is his Black Ducks’ teammate Chad Warner, a hardworking inside midfielder who thrives on the contested side of the game. He could be an under the radar pick who has an impact early on and adds value straight away, adding depth to the engine room.

Aside from the re-listing of injury-riddled defender Jack Maibaum, Bendigo Pioneers goer Brady Rowles was the Swans’ lone Rookie Draft selection. A phenomenal runner with searing pace, Rowles continues the theme of Sydney’s preference for outside speed in previous drafts having brought in the likes of Zac Foot, Justin McInerney, and Oliver Florent of late. While Rowles is still quite raw, he has plenty of upside and makes high impact plays.

Overall, the Swans will be thrilled with an even an diverse haul of draftees, filling out their midfield in the long term but also picking players who look ready to go. After baulking on trading in Joe Daniher for a pretty penny, another move for the enigmatic forward is still on the cards with no talls taken at the draft and Darcy Cameron out the door.