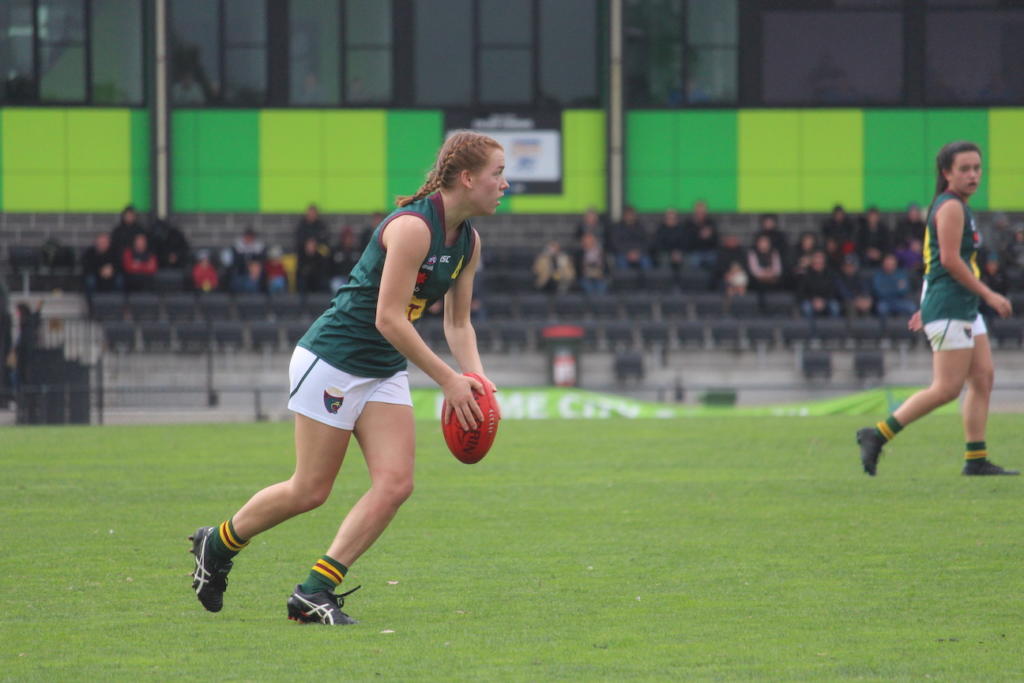 HAVING made a splash in its inaugural season, North Melbourne had a relatively quiet trade and draft period, retaining the majority of its list and heading to the draft just looking to top up with some readymade talent to go one better than in 2019 and make finals – hopefully pushing for a flag. The Kangaroos lost Jamie Stanton to her third AFL Women’s club, moving back to Queensland to play with the Gold Coast SUNS, whilst Alison Drennan and Courteney Munn returned to their roots by taking up a spot on St Kilda’s inaugural list. The Roos delisted four players, with none bigger than Mo Hope, whose career has been in the spotlight, but now she is taking time off for personal reasons.

In the draft, the Roos pulled a shock selection at Pick 10, taking mature-age midfielder Ellie Gavalas to be the first non top-age selection in the AFL Women’s Draft. Along with Gavalas, the Roos picked up Carlton’s Sarah Wright and from their own backyard, Tahni Nestor, who moved from Hawthorn to Melbourne University over the off-season. A couple of Tasmanians in the incredibly talented Mia King – who arguably could have been a top 10 selection – and Abbey Green who both made their way from Launceston to the Roos under the affiliation with the Apple Isle. The other two inclusions were a couple of Gaelic football converts in Mairead Seoighe and Aileen Gilroy.

North Melbourne is lucky enough to head into season 2020 without any major holes to fill, retaining the majority of its list for the year ahead. They might have had to find another midfielder to slot into that onball role left by Stanton, which is why they recruited Gavalas and Wright, with Mia King in turn also likely to be thrown in there. They could move some of their players from defence or attack into that position, but by recruiting readymade midfielders, it allows the likes of Jess Duffin and Kaitlyn Ashmore to continue to play a role in their respective 50s. Kate Gillespie-Jones and Emma King will rotate from ruck to full-forward, with Jasmine Garner being a workhorse roaming in and out of the forward 50. With so many talented players running around at ground level, the firepower of the Roos is clearly notable.

Whilst the Roos did delist their equal leading goalkicker in Hope, they still have Emma King who will provide a strong marking presence and look to build on her eight majors from 2019. There are not many weaknesses in the line-up, and North Melbourne deserve to be one of the title contenders heading into 2020, with even their depth looking quite impressive and realistically more than 25 players capable of slotting into the starting team when the Roos can only pick 21.