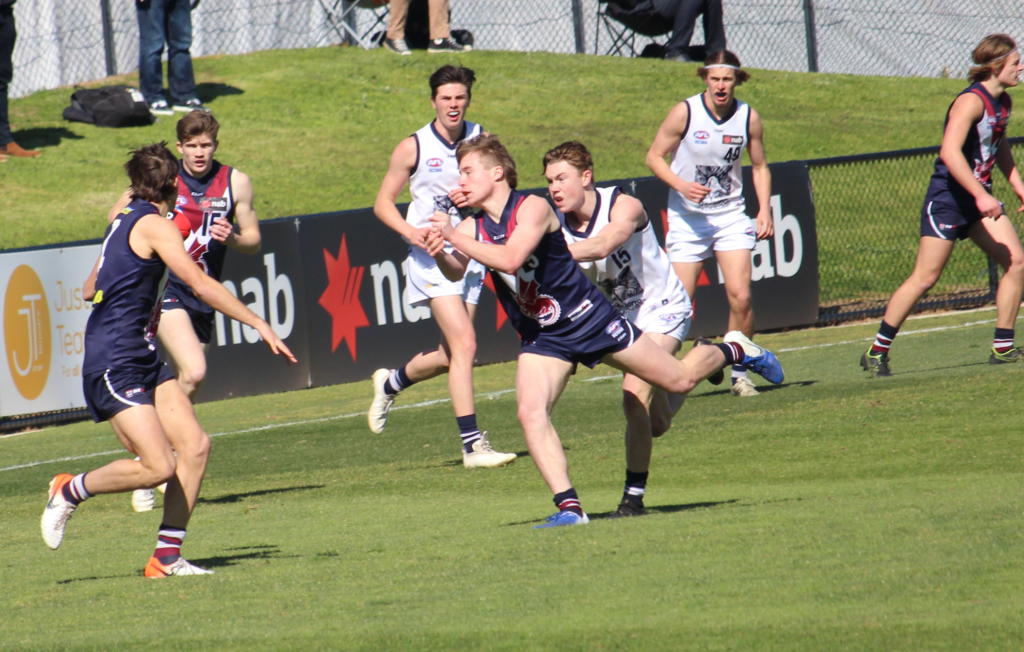 AFTER a massive trade period, St Kilda was one of the quietest clubs in the AFL Draft, picking up just two players in the National Draft, and an additional player in the Rookie Draft. They had also met needs by bringing in the likes of Brad Hill, Dougal Howard, Paddy Ryder, Zak Jones and Dan Butler, most of whom should walk straight into the Saints’ best 22 come Round 1. Those additions came at a cost which was at the draft table, resulting in St Kilda not selecting a player until Pick 52. In the end, the Saints opted for a hard working balanced midfielder, an outside runner and a versatile and mobile ruck who all fill needs at the club.

St Kilda’s first selection was always going to be a tricky one to try and work out, but they went for Sandringham Dragons’ skipper Ryan Byrnes who at 182cm and 84kg can play inside or outside and is readymade for senior football. His best trait is his burst from a stoppage, able to create separation and kick forward. Whilst he is not super quick across the ground, Byrnes covers a lot of it and works tirelessly to ensure his team can be in the best position to win a game of football. He is a replacement for Jack Steven and not too dissimilar with his work rate and ability to get around the ground and provide two-way running capacity. His transition to the club is as easy as it could be given the link between Sandringham and St Kilda at the Moorabbin headquarters, and then he was joined by teammate Jack Bell in the Rookie Draft. The pair often teamed up around the stoppages, with Bell rucking and then resting forward to provide a target, something he is expected to do at senior level. While he hurt himself late in the year, Bell showed enough throughout the season to suggest he has some upside to become a mobile player in whatever role the Saints see him.

The other selection was Gippsland Power’s outside midfielder Leo Connolly, who developed his game throughout the year to become a more impactful winger who could also run off half-back. His kicking became more consistent as the year went on and was a reliable user by the time the whips were cracking in September. He loves to take the game on, and while he is still light at 74kg, will use his running power to get away from less mobile opposition players. Byrnes is the one readymade player of the trio, with Connolly and Bell likely to be further down the track, though once he builds some size to his frame to compete with stronger bodies, Connolly would provide nice dash along a wing.

Overall the Saints were fairly uneventful in the AFL Draft period, but still added a couple of midfielders who can play important roles for them, as well as ruck depth which they will need down the track.