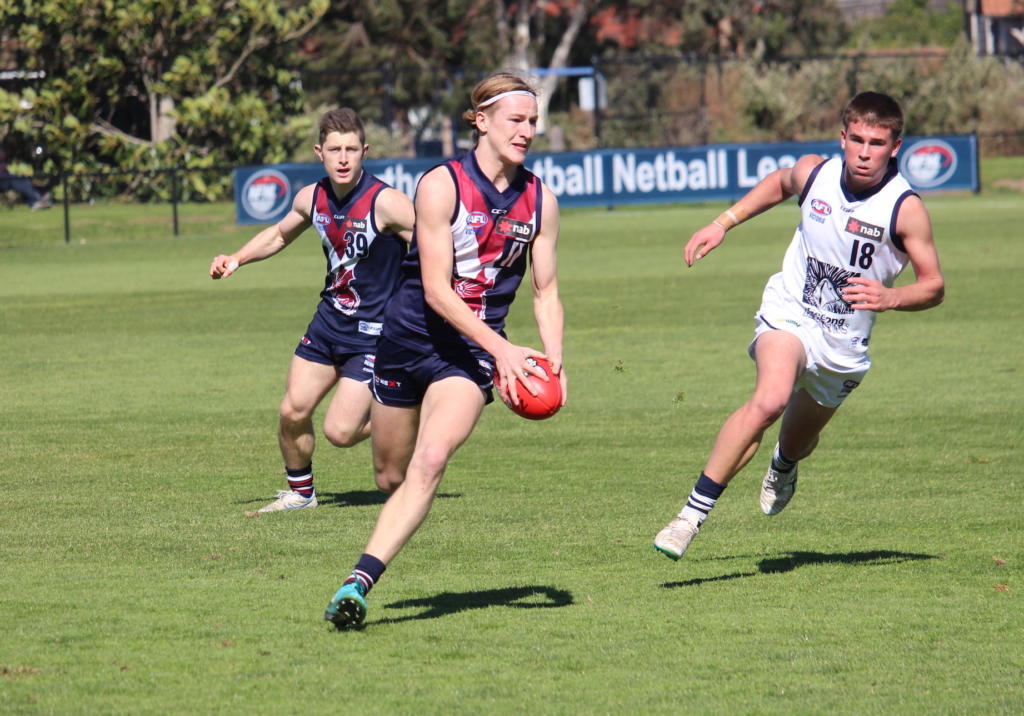 IN one of the more interesting displays of draft tactics, Richmond stocked up on some long-term talent via the NAB League and, more noticeably, academies of two other clubs in the National Draft. With versatile and high-upside types landing at Tigerland, the reigning premiers will have fearsome midfield depth for years to come, and a couple of project players who could be anything.

As is the case with most premiership sides, there were not any pressing needs the Tigers would have come into the draft looking to cover. Having said that, you can never have enough long-term prospects to develop while you’re on top and Richmond will be in good stead in that sense, boasting one of the bigger National Draft hands with a handful of picks. First off the board was Thomson Dow, the brother of Carlton’s Paddy, ironically just after the Blues had somewhat cut the Tigers’ lunch by trading up to take Richmond fan Sam Philp at pick 20. Similar to his Blues brother, Dow is agile and explosive through the stoppages, while also possessing the ability to find the goals on the move forward. The Tigers will hope he can develop into a midfield regular alongside the likes of Riley Collier-Dawkins, Jack Graham, and Jack Ross over time.

The most important part of the draft for the Tigers came with a cluster of picks in the 40s, given the chance to sweep the board and take some high-value sliders or players they had targeted in that range coming in. While that was definitely the case with Hugo Ralphsmith at pick 46, a high-upside and athletic outside midfielder who could have gone in the top 30, the Tigers’ game of chicken with academy bids was a little more risky. Noah Cumberland was a great pick at 43 with his Richmond-like aggression and inside/outside blend, and was a difficult bid to match for Brisbane after Essendon tried them for Keidean Coleman a few picks earlier. Nabbing Cumberland justifies the pick of Will Martyn, who skippered the Lions Academy and showed plenty of potential early this year as an accumulating flanker/midfielder. Packaging the two is smart and will help their development, no matter what range they are taken at.

Another academy member rounded out the Tigers’ draft haul, with a bid on St Kilda Next Generation Academy member Bigoa Nyuon going unmatched. Nyuon could be anything and is a raw tall with great athleticism and versatility. He adds to the long-term options taken before him, and can provide key position depth in the long term.

Overall, Tigers fans should be content with their side’s haul, full of upside and potential growth. Richmond often backs its culture and unmatched structure to get the best out of the players brought in, and there could be a couple of steals here given the Tigers’ rate of success in development. It was an unorthodox draft, but one which could hold the reigning premiers in good stead for the future.