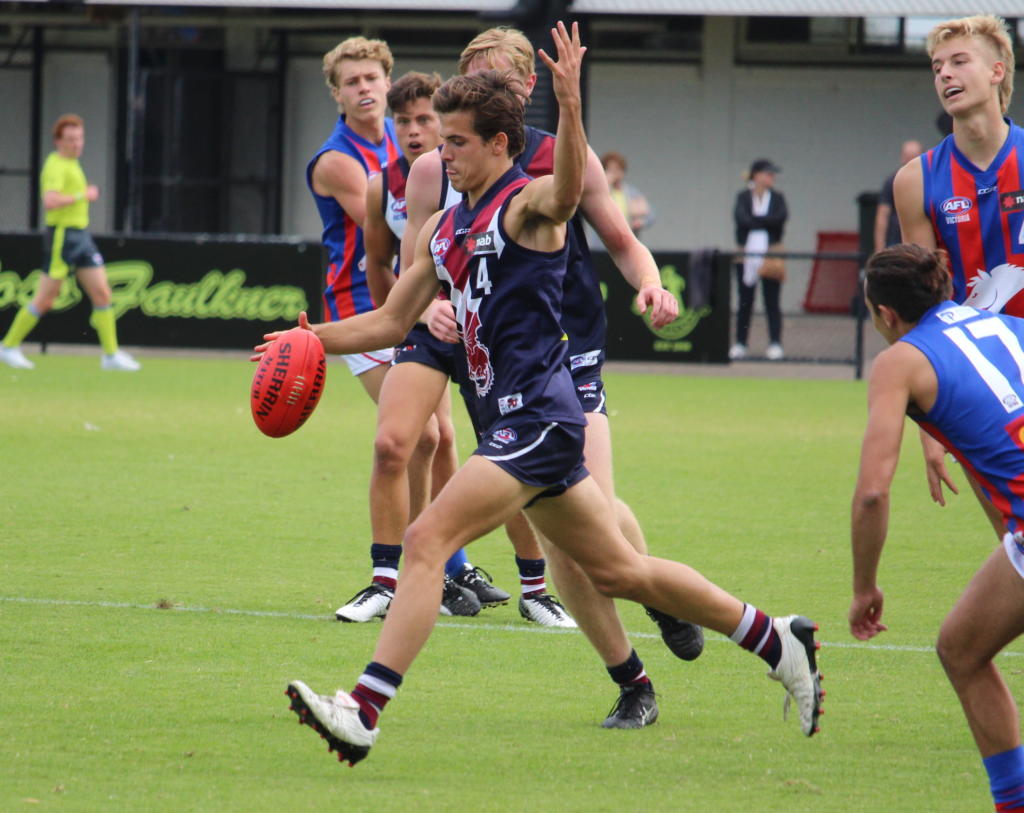 MUCH of the pre-draft talk surrounding Hawthorn was where a bid would land for Finn Maginness, with the rare opportunity to nab a quality first rounder to go with the father-son prospect presenting itself. With the bid coming a touch later than expected, the Hawks were able to make a high-upside selection at pick 12, while packaging another South Australian late-on and replenishing key position stocks in the Rookie Draft along with a low-risk Category B selection.

Seldom have Hawks fans been able to come into the National Draft excited about boasting a first round selection, but that was exactly the case this time around. In fact, it could have been two if Maginness was bid on at his true value, but the ideal result came as North Melbourne came in for the inside midfielder in the late-20s. A relative sure thing before the fact, the Hawks were quick to match the forthcoming bid and nab the athletic Sandringham product who had a terrific National Combine. Package his upside with that of Will Day at pick 12, and Hawthorn supporters may well have plenty to cheer about for years to come. with these long-term prospects. Day is still raw but can play on the outside across each line, marking well overhead and possessing a penetrating kick. He will be joined in the brown and gold by fellow croweater Josh Morris, a medium forward full of x-factor and graced by an incredible mullet. That makes for a player on each line, with the Hawks looking to maintain that all-important spine going forward while picking players with points of difference.

The Rookie Drafts saw Hawthorn boost their key position stocks, luring Michael Hartley from Essendon in the Pre-season Draft and nabbing swingman Emerson Jeka as a high value slider who was unlucky to miss out on National Draft selection. While Hartley is a proven product in the back half, Jeka could be anything and is a terrific contested marker with apt kicking technique. Harrison Pepper was the other rookie selection, a free hit for the Hawks as a Next Generation Academy prospect. He is a small utility who gives his all and bring versatility, but can work on polishing up his disposal and clean hands.

Overall, a draft based on promise and finally some top-end talent should put the Hawks in good stead long-term. Maginness adds a point of difference to the midfield, while Day is a future replacement for the likes of Isaac Smith and the recently-departed Grant Birchall, while Morris is another with high upside who puts bums on seats with his work inside 50. With key position depth a slight concern, Hawthorn now has that covered too to a degree and should be content with this diverse haul.