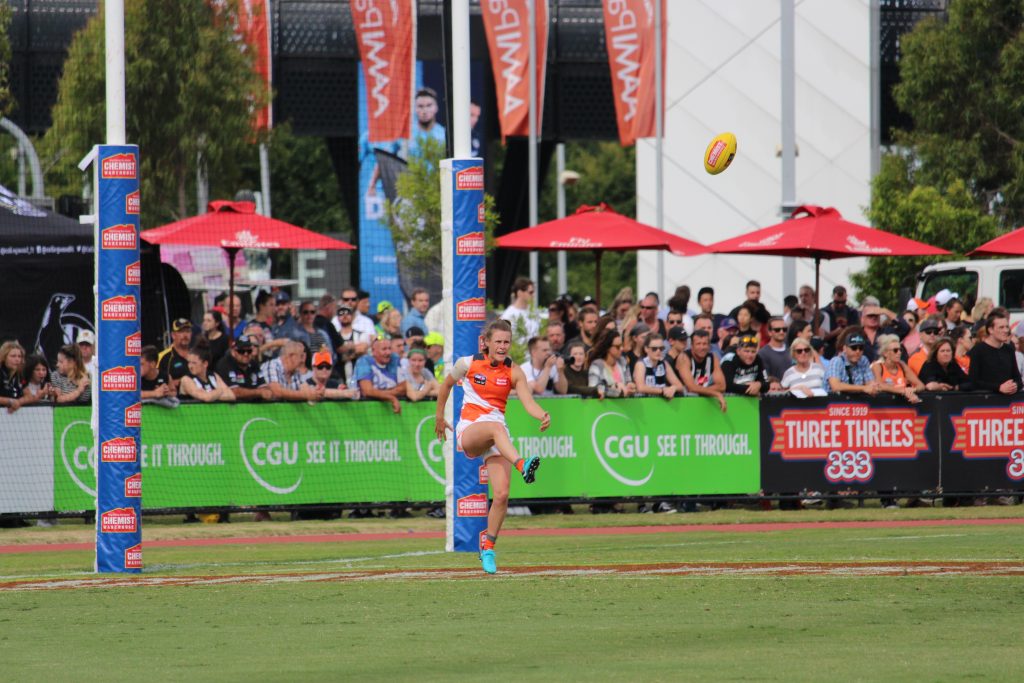 REMAINING as just one of two AFL Women’s clubs in a standalone state, the GWS GIANTS lost some top-end talent at the end of 2019 and had to head to the AFL Women’s Draft to replenish the quality. Losing the likes of Phoebe Monahan and Christina Bernardi to Richmond and Emma Swanson and Maddy Collier to West Coast were massive losses, but none more so than Courtney Gum who retired from the competition, only to relocate to South Australia and change her mind to play with Adelaide. Then the loss of inaugural captain Amanda Farrugia last week was a shock, with club vice-captain Alicia Eva to step up into the role.

They redrafted a couple of delistees, while also picking up experience in the form of Jess Allan who moved to the state for work, as well as giving Darebin Falcons’ Annalyse Lister a chance. Most of the talent picked up through the draft was local league mature-agers who had showed plenty this season, with Georgia Garnett and Maggie Gorham the two standout top-agers drafted by the GIANTS who could have an impact in 2020.

With a handful of key holes left from departing players, expect those on the fringe in 2019 to step up in greater roles for 2020. Along with them, the mature agers such as Allan from the Crows could come straight in, sharing the ruck/forward load with Erin McKinnon.

The new inclusions from the draft will be hard to judge to see when and how they fit, but Gorham and Garnett have shown enough talent to suggest they should be in the frame for Round 1. Also amongst it would be Lister who could use her experience at VFL Women’s level to make an early impact, while the role of new captain Eva will be fascinating. We have her playing in defence given the loss of Farrugia, while Jessica Dal Pos can provide extra experience down there as Garnett develops further.

The ruck will be the strongest area for the GIANTS, and having lost some serious firepower up forward, lead by last year’s leading goalkicker in Bernardi’s departure, the club will look to rotate players through the area. The best 21 could look very different come Round 1 depending on how the pre-season training goes, but despite losing some of their best players, the GIANTS are still in good shape for the future.