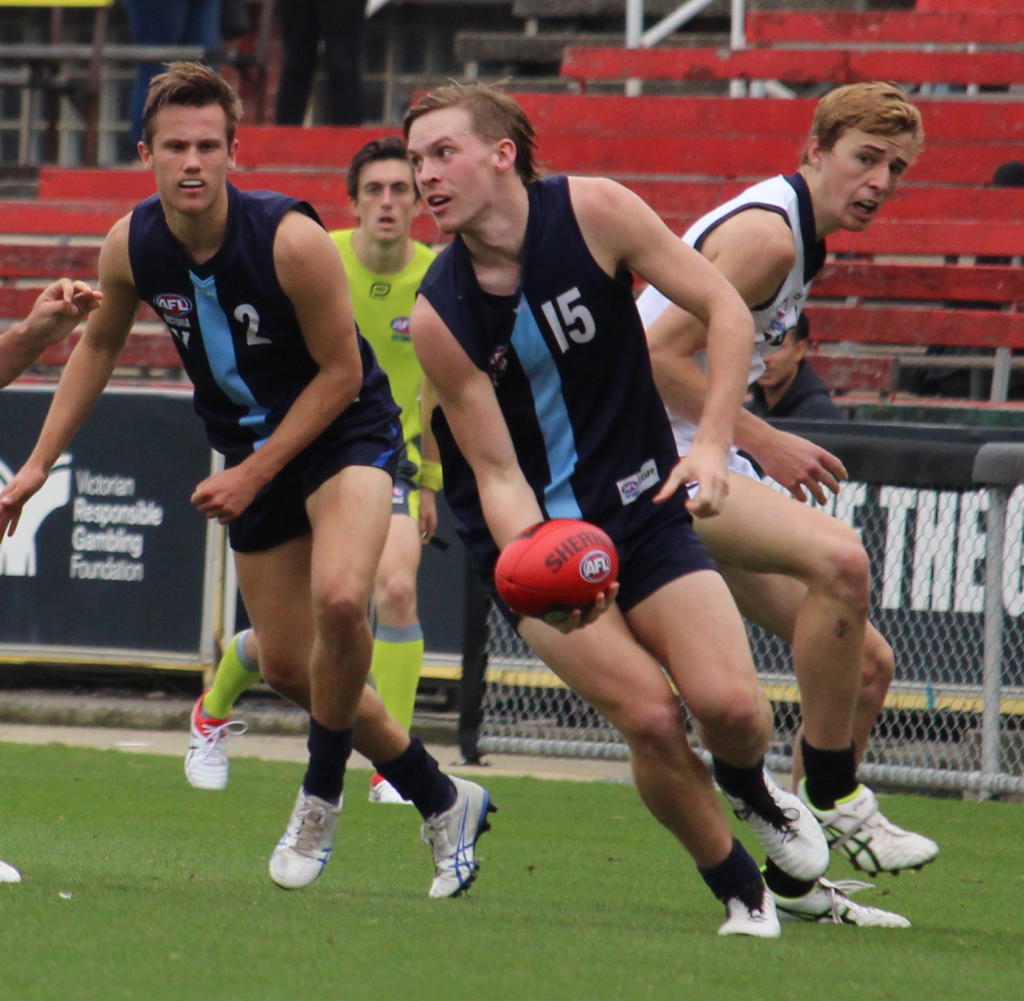 GIFTED one of the great stories of this year’s draft, Gold Coast came into night one with arguably the sole certainty of the entire draft in who they would select with picks one and two. They were continually busy in the first round, trading up to snare a quality slider just outside of the top 10, and then going on to nab a dual All Australian and a trio of quality academy/concession players to close out an active three days of drafting.

There is not much left to be said about Matt Rowell and Noah Anderson, the best mates from Oakleigh Chargers and Carey Grammar who seemingly had their fate sealed for a matter of months prior to the big night. Together, they bring a sense of hope to the Sunshine State, made the faces of a last roll of the dice attempt to make the Gold Coast project a success. Clearly the best player in this year’s crop, Rowell rises on the big stage and collected almost every junior accolade available to him, capping his year with a 44-disposal performance in the NAB League Grand Final to claim a second-consecutive best afield medal in the showcase game. As consistent, durable, and tough as they come, he looks like being a generational player. The same can be said for Anderson, who has a touch more flair and a fantastic knack for finding the goals from midfield. He comes from good pedigree too as the son of former-Hawk, Dean.

On top of the concession which handed the Suns the first two selections, they were able to trade up on the back of being given another selection at the end of the first round, packaging it with pick 15 to move up and snare Sam Flanders. It means the Suns landed three elite talents at the top end, adding to the raft of top 10 picks from previous drafts. Flanders brings great aggression and explosiveness through midfield, but will most likely begin his AFL career as a forward who marks well and has great goal sense.

With ball winning covered for the large part, outside speed was next on the agenda with the selection of West Australian Jeremy Sharp. The Suns gave up next year’s mid-first round pick to move up the board and grab the two-time All Australian, who has runs on the board as a penetrating wingman/half-back who can carve a game up. Jy Farrar rounded out their National Draft haul at pick 60, and could be anything as an athletic utility who has risen steeply through the levels and up to SANFL League this year. He is also a relative of Carlton’s Sam Petrevski-Seton.

Gold Coast’s final and arguably more lasting concession was used to list academy products Connor Budarick and Matt Conroy, as well as NT zone member Malcolm Rosas Jnr during the Rookie Draft. Budarick was touted as a second round talent if he was available in the open draft, able to play on each line with great tackling pressure and smarts around the ball. Conroy is a developing tall who moves predominantly through the ruck, while Rosas is an electric forward/midfielder with clean hands and silky skills. With the high upside between the trio, getting them for relatively nothing is huge for the Suns’ list development. Josh Schoenfeld was also re-listed during the Rookie Draft, with some development left in the 2015 draftee.