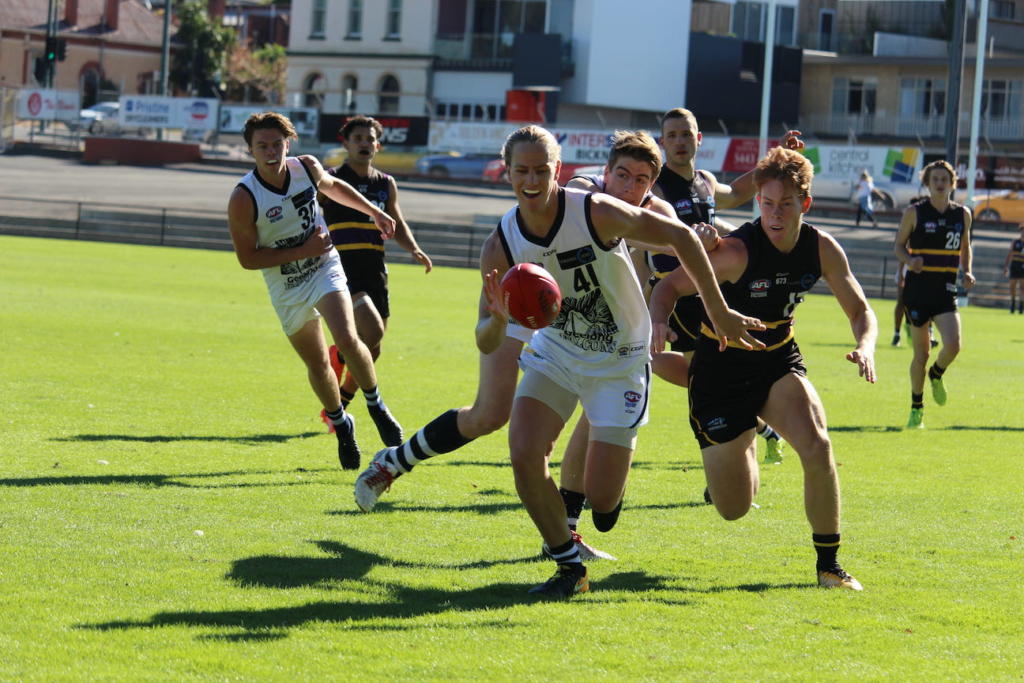 WHEN it comes to approaching the National AFL Draft for Geelong, the Cats fans and wider general public expect a couple of things. Firstly, a player linked to the Geelong region in some way, shape or form, and a bolter from obscurity that anyone outside serious draft watchers would have to deep dive into Google to find out information about. The mastermind of Stephen Wells did it again, ticking both boxes in a bid to add extra depth to the list. Coming into the draft Geelong could do with a replacement midfielder, a key position player, ruck and some more firepower up forward. Three of those four areas were ticked off, with the Cats just not in the right ball park to snag a ruck – too late in the order to pick up Luke Jackson and too early to reach on the next handful of long-term talents.

As late as draft night itself, Geelong was linked to the likes of Brodie Kemp and Deven Robertson, with the belief the Cats would select a midfielder with their first pick. That occurred, but instead it was local boy Cooper Stephens who missed the majority of the year with a broken leg. His recovery has been nothing short of sublime – and as the Falcons showed on Instagram last week – he is fit and ready to go in 2020. He is predominantly an inside midfielder with good strength and hands around the contest and clever decision making skills. He is that Tim Kelly replacement, although the Cats as a collective will replace the West Coast Eagles’ recruit. They then went tall as expected with their second pick inside the top 20, opting for Sam De Koning at Pick 19, after the likes of Harrison Jones and Josh Worrall were also in the conversation. De Koning has the most versatility of the talls, having the size to play in the ruck at AFL level, but will likely play as a key defender or swingman going forward.

The final two selections in the National Draft ticked off the firepower in the forward half. Wells’ obsure pick for the year was Francis Evans, a medium forward from Calder Cannons who stepped up from the amateur leagues on the word of close mate Daniel Mott, and had an immediate impact. Injury ended his NAB League run, but between that and his work in the VAFA, Geelong believed Evans had done enough to earn a spot on the list. He was the surprise of the draft, and Cats fans were scrambling to find any information they could on him. Luckily, Draft Central spoke to the forward at the State and Rookie Me Draft Combine and the interview can be found here. Along with Evans, a highly rated South Australian forward in Cam Taheny was selected in what could be the steal of the draft. Heading to the blue and white hoops at Pick 50, Taheny is a first rounder on talent, but had an injury interrupted year that also impacted his form. Expect once he can build his endurance and get on the park, he will make a few clubs look silly down the track.

The Cats closed out their draft period with a mature-age selection in Brad Close, a late blooming midfielder/forward who played all 21 games in Glenelg’s premiership-winning League side. The 21-year-old still has further development in him, but his athletic traits – notably his speed and agility – and his competitive nature make him a real goer. He is ready to step right into the side if required, while Stephens is another who is most prepared to tackle senior football once he has built up more match fitness. Taheny could be a surprise packet later in the year in 2020, while both De Koning and Evans would not be expected to feature next season as they are long-term prospects with the Cats to build their development first. The Cats also redrafted Oscar Brownless and Lachlan Henderson with the final two picks in the AFL Rookie Draft, making it a mix of long-term and readymade prospects.