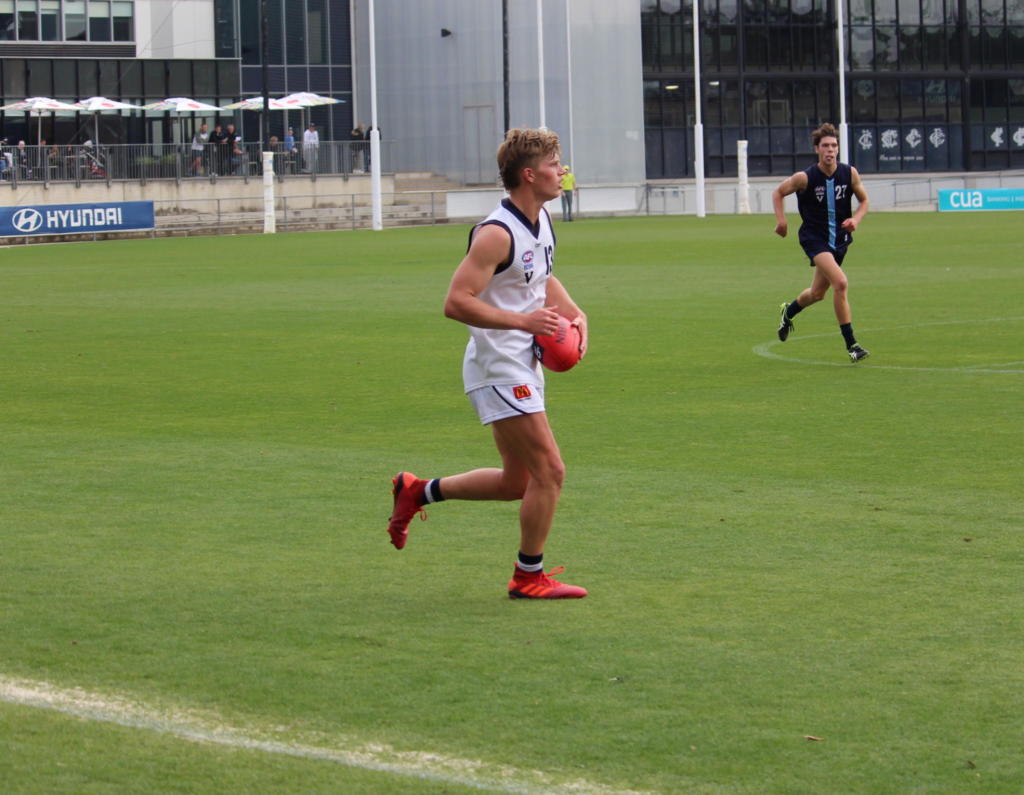 ENTERING with an uninspiring hand and exiting with two steals of the National Draft, Collingwood supporters and staff alike should count themselves as one of the big winners out of the 2019 AFL Draft. Much of the talk around the Magpies coming in was that they would take a tall with their first pick, but with two sliders up for grabs and the high premium on key position players, they opted for a different and just as fruitful route.

A diverse group of draftees with enormous skill and upside combined, Jay Rantall (pick 40), Trent Bianco (45), and Trey Ruscoe (55) provide enormous value for the price payed. After Port Adelaide pulled arguably the shock of the first round in selecting Mitch Georgiades at pick 18, the Collingwood recruiting team would have hoped that the likes of Harrison Jones and Charlie Comben would sneak down to its next selection at 40. With that not to be and with some crazy talent still on the board, it seemed that the strategy shifted from targeting a tall, to nabbing the best available sliders – and boy did the Magpies do that. Rantall and Bianco proved too hard to ignore with picks in the 40s, and the aforementioned shift was confirmed as the Pies traded down with GWS to allow the GIANTS to select Jake Riccardi – another key forward linked to Collingwood’s first pick.

Rantall brings elite running ability to the table having broken the 2km time trial record at this year’s National Combine, giving him huge upside having transitioned from a junior Australian basketball career. The promising midfielder could spend some time on the outside as he develops, filling a gut-running role akin to Steele Sidebottom and Tom Phillips, but looked most damaging at Under-18 level when bursting through the middle and delivering forward. Bianco, a lifelong Magpies supporter is one of the best users by foot in this year’s crop, providing a mix of precision and penetration in his disposal. The 2019 Oakleigh Chargers’ premiership captain continues the longstanding partnership between the Chargers and Magpies, and is a terrific story having landed at the club he supports after training there during pre-season. Both Rantall and Bianco were names in the late-first round mix, so are nothing short of steals at this range.

West Australian Ruscoe is a versatile option who looks like being a new-age defender as he steps up to the next level. Filling more of a key defensive post for the Black Ducks this year, Ruscoe is the perfect size for that intercept/rebound defensive role which has been taken up by the likes of Matthew Scharenberg and Jeremy Howe of late. But with the size, ability, and endurance to roam through the midfield, Ruscoe could really be anything with time in the elite system and is a shrewd choice later in the draft.

Having passed on making rookie selections – including not re-listing Lynden Dunn – do not be surprised to see the Magpies top up their key position stocks with a mature-ager or improving 19-year-olds with supplementary picks or in next year’s mid-season draft. But with Darcy Cameron now in the fold and a settled side firmly in the premiership window, this was a well executed draft haul that points toward sustained success.