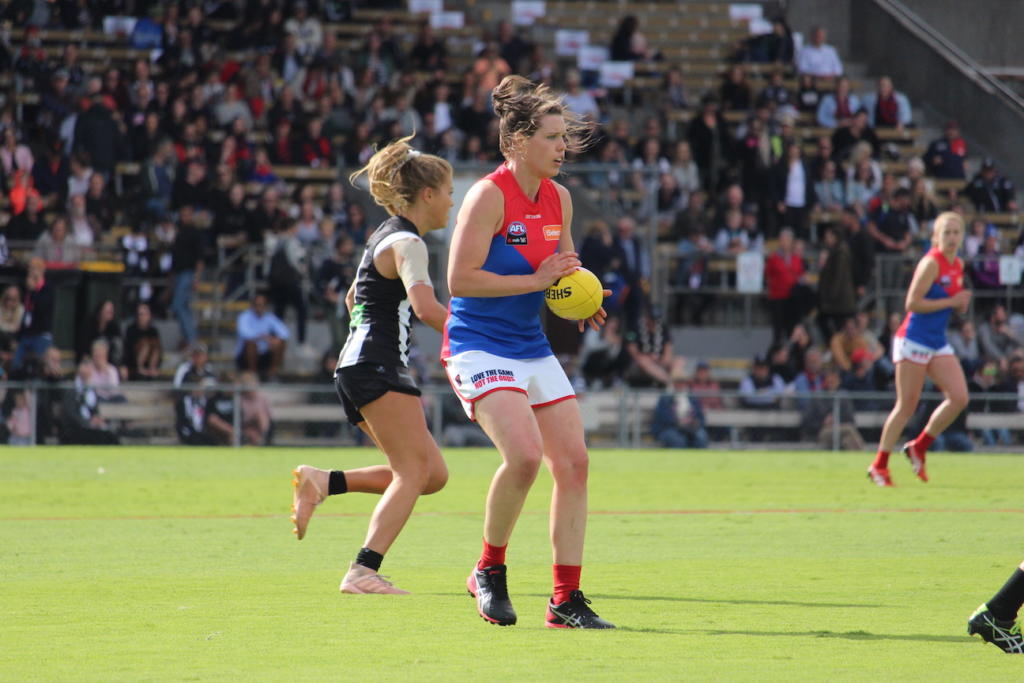 THE 2019 AFLW season was an interesting one for the Demons, who found themselves in a difficult conference playing against premiers, Adelaide and flag favourites, North Melbourne, winning four of their seven matches and ultimately would have made finals in the alternate conference. However, the Dees have proved they have consistency over the first three seasons, finishing mid-range on the ladder every season. Melbourne were one of the lucky teams heading out of the 2019 AFL Women’s season, managing to retain a large portion of their lineup while adding some impressive names to the list. Ultimately one of the biggest ins to the side is the return of Daisy Pearce following a season out of the sport with pregnancy, something that will surely bolster the Demons’ already impressive midfield. The addition of Western Bulldogs defender, Libby Birch will kick Melbourne’s defensive pressure up a notch, while the core side sticking together will ensure Melbourne continue their consistency and hopefully go one better in 2020.

With Birch the key cog and retaining Pearce key, the Demons had a mostly uneventful off-season, delisting four players and picking up four late picks in the AFL Women’s Draft. Interstaters Jacqueline Parry (Canberra) and Brenna Tarrant (East Coast Eagles) join the side alongside Calder Cannons’ Krstel Petrevski, while Darebin Falcons’ Gabby Colvin will have the chance to prove herself at the top level after three seasons at VFL Women’s. The Dees will also benefit from the addition of Irish recruits, Sinead Goldrick and Niamh McEvoy who join the rookie list for 2020.

It will likely be difficult for some of the new recruits to break into the 2020 lineup, with the Demons maintaining a number of key combinations across the field. Harriet Cordner proved her dominance defensively last season and with the addition of Birch they could form a real formidable trio down back. Through the midfield, look to key ruck, Lauren Pearce who had a fantastic run in the 2019 season. She followed up her form awarded with the VFL Women’s Lambert-Pearce Medal over the off-season. Pearce’s ability to find co-captains Elise O’Dea and Shelley Scott plays a massive role in making headway down the field, with key ball movers the likes of Lily Mithen and Daisy Pearce able to have an impact both in the air and at ground level, while young gun Tyla Hanks found her form in a similar manner, playing up the ground with ball magnets Aliesha Newman, Eden Zanker and Kate Hore.

Melbourne’s first draft pick in Jacqueline Parry is a relatively unknown quantity with plenty of class traits but will have to fight her way into the side, while the likes of Krstel Petrevski, Gabby Colvin and Brenna Tarrant will also provide good support and try and force their way in.