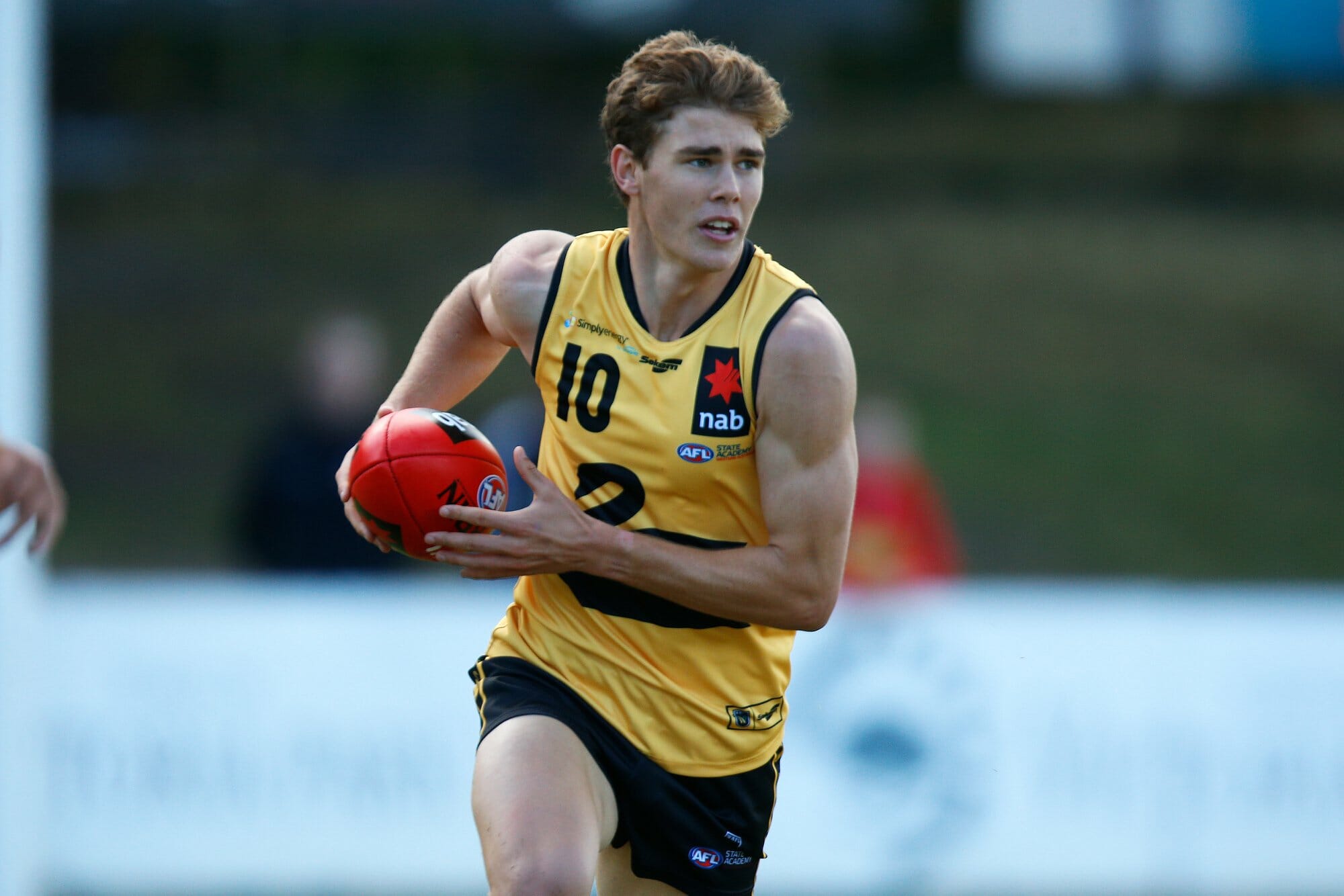 COMING into the draft having already dealt on the trade table, the Brisbane Lions recruiting team was one of the busier ones come the second draft night. A handful of Academy products were in the frame to be selected by the 2019 top four bolters, but the Lions were made to pay up to land just one of them overall after snaring a Round 1 slider on the cheap. Like many sides featuring up the pointy end of the ladder, Brisbane did not have too many gaps to fill, but added some midfield depth and backline versatility while re-listing a lucky trio in the rookie draft.

Trading up at the start of night two was one of the more shrewd draft moves across the three days, dealing with Port to move ahead and select Larke Medallist Deven Robertson with the first pick of Round 2. He fits the ferocity and ball winning guile of the Lions’ midfield well, with plenty to prove having missed out of first round selection despite enjoying a stellar year as his State’s captain. Robertson is one who will be ready to go come Round 1, and is already looking forward to teaming up with Lachie Neale.

Another readymade prospect was snapped up at Pick 33 as the Lions landed Gippsland Power skipper Brock Smith. While he has the body and toughness to push for immediate selection, the choice to take Smith looks to be a long-term one given the Lions recently lost Luke Hodge and have the stop-gap option of Grant Birchall for the next couple of years. He plays a bit like Hodge, able to provide dour defensive service while doubling as a capable rebounder, so should challenge current back-six lock Noah Answerth in the future and provide leadership quality in time.

Essendon shocked us all by bidding on Keidean Coleman at Pick 37 – a year after pulling the wool over Hawthorn to land Irving Mosquito early – forcing the Lions to scramble into trade discussions and try to cover with later picks. Having matched for Coleman, the Lions were then less equipped and willing to cover back-to-back bids on Noah Cumberland and Will Martyn from Richmond in the early-40s, seeing both packaged off to the reigning premiers. After selecting defender Jaxon Prior – another West Australian and the son of Fremantle assistant coach Michael Prior – Essendon again cut the Lions’ lunch as it claimed Lachlan Johnson, the son of Chris who nominated Brisbane as his destination of choice pre-draft.

With enough to provide cover in designated areas, the Lions regained a trio of familiar faces in the form of Sam Skinner, Corey Lyons and Archie Smith in the Rookie Draft as extra room was afforded to them on the rookie list with only one academy player coming their way.

Overall, while Lions fans and staff alike would be frustrated by how accountable they were made to be in terms of the bidding process, their haul includes players which will fit perfectly into the Brisbane-based environment and are safe bets given their leadership capabilities and consistent style. Robertson was spoken of in top 10 talks, and will be the face of what looms as a solid batch coming into the den.