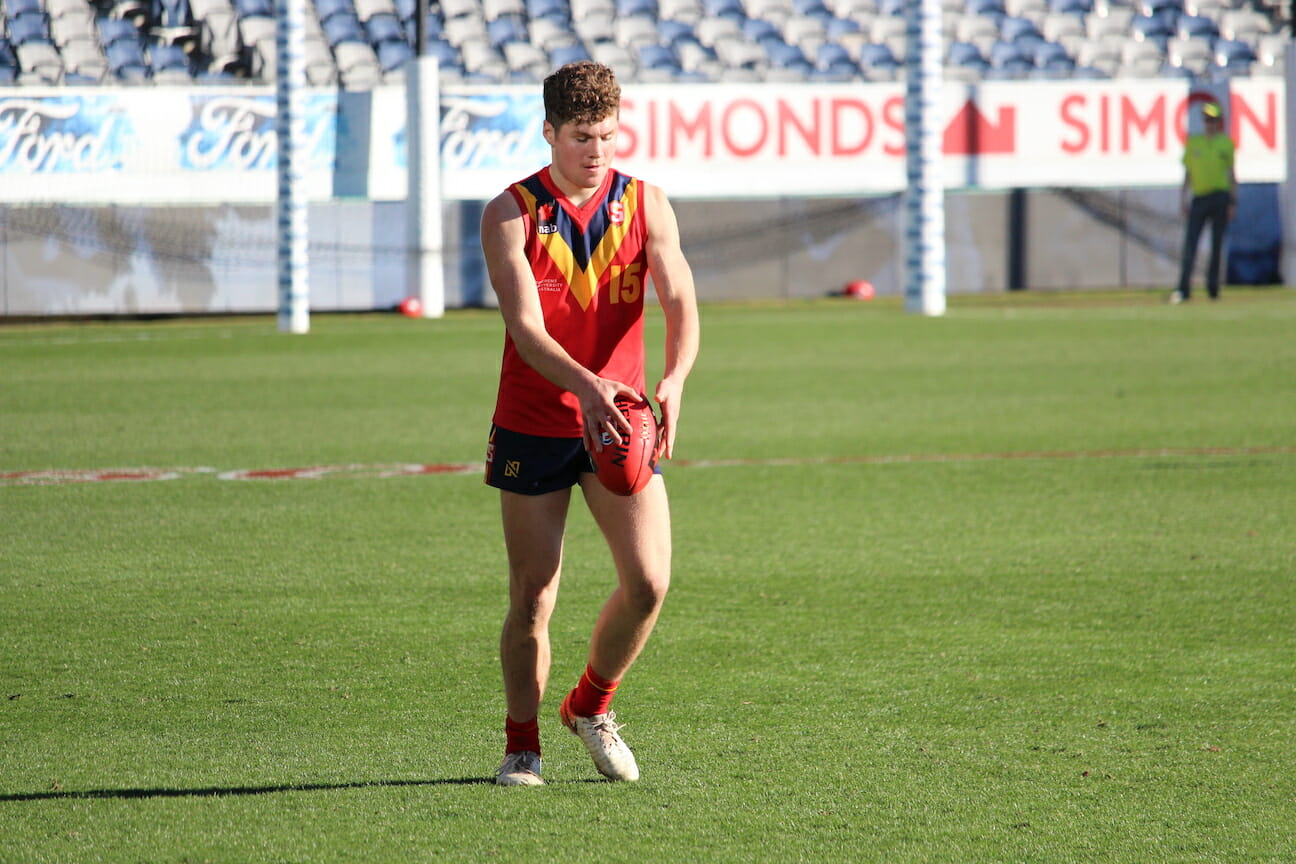 ADELAIDE was determined to hit the draft hard with a number of experienced players leaving over the off-season. The holes the Crows needed to fill included a key defensive post with the departure of Alex Keath, and some extra depth through the midfield after the likes of Cam Ellis-Yolmen and Hugh Greenwood also left. Armed with three picks inside the top 30 and all five in the top 50, the Crows were determined to bring in some talent with upside.

Adelaide had a choice on its hands heading into the draft, as to whether it would go tall (Fischer McAsey) or small (Dylan Stephens/Sam Flanders) with its first selection at Pick 6. With Stephens taken off the board by Sydney, the Crows opted for the best tall forward-defender in the draft in McAsey. At Pick 28, Adelaide paired him up with his Sandringham Dragons’ teammate Josh Worrell, both of whom have played in the same defensive 50, but have also shown more than enough to suggest they could also develop into forwards. Worrell won Vic Metro’s leading goalkicker award at the Under-18 Championships, while McAsey took out the side’s Most Valuable Player.

The Crows had an interest in MVPs, also looking local by plucking out Harry Schoenberg with Pick 24. The South Australian midfielder was a revelation at the carnival, and the Crows identified him a target to perfectly replace the midfielders that had departed. With Will Gould still on the board at the Crows’ back-to-back selection, they traded with Sydney which saw the Swans snap up Gould, while Worrell fell to Adelaide. With a couple of picks to come in the 40s, the Crows took a couple of taller midfielders to compliment their side. Ronin O’Connor is that inside midfielder who can also play taller roles up either end at 192cm. Hailing from Claremont in Western Australia, he will add to the inside strength with Schoenberg, while Lachlan Gollant is a late bloomer from the Calder Cannons, standing at 191cm but just 72kg. While Gollant is predominantly outside, he has a fierce attack on the ball and its carrier, with defensive pressure and athleticism among his strengths.

In the Rookie Draft, the Crows opted to bolster its forward stocks given Eddie Betts‘ departure to Carlton, and instead of going young, handed two lifelines to current AFL players after they were delisted by their respective clubs. Brisbane’s Ben Keays and Collingwood’s Ben Crocker were selected to add immediate depth to the line-up, and after picking up four players of 191cm or more, could afford to look at smaller options.

Overall when assessing the Crows’ draft haul, they picked up arguably the two best versatile key position players in the draft with McAsey and Worrell, as well as one of the top performers from the Under-18 Championships in Schoenberg. O’Connor and Gollant are at very different stages of their development, but have a similar height and defensive mindset. It is fair to say the Crows wanted to bring in height and a fierce attack on the ball. Adelaide fans could be happy with the picks their club made, with O’Connor the most readymade option, while Schoenberg – once he builds his endurance further – would not be too far away from senior football.