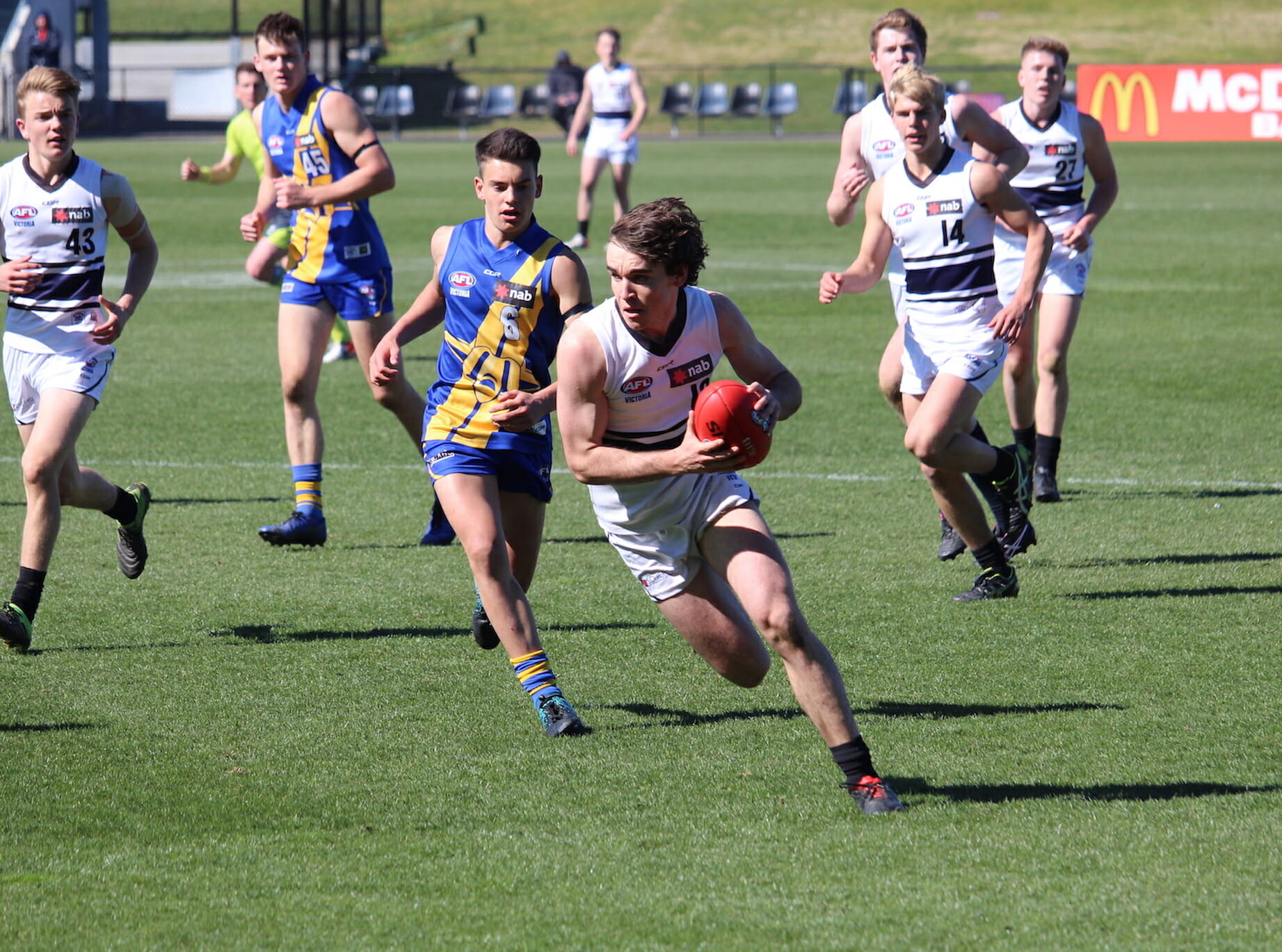 AS with every year, the build up to the AFL National Draft always sees late draft talk emerge as the finalising of lists takes place, particularly at the top-end. We recap what is happening in and around the AFL Draft space in the closing hours.

CROWS THE KEY TO FIRST ROUND

Adelaide looms as the club to shape the first round, with the Crows weighing up between Fischer McAsey and Dylan Stephens. While McAsey seems to be the choice for Adelaide, Stephens would also fill a need. More importantly, if McAsey remains on the board, clubs like Geelong and Gold Coast, or perhaps even Hawthorn will look to shuffle up a few picks and do a deal to secure the Sandringham Dragons tall.

Whilst it was one of a number of rumours coming out over the past 36 hours, the Dockers are all but expected to snap up Hayden Young and Caleb Serong regardless of how the early picks pan out. With Matt Rowell, Noah Anderson, Luke Jackson, Lachlan Ash and Sam Flanders expected to be the first five names called out, and Adelaide considering McAsey or Stephens, Fremantle will be safe knowing they can snap up the elite kicking Young and incredibly consistent Serong.

With Jackson, McAsey and Josh Worrell assured in the top 20, and Harrison Jones and Sam De Koning also thereabouts, up to five players 194cm or taller could land at and AFL club in that range. It is also believed that Mitch Georgiades could attract a club like Geelong in the mid 20s, which would also give some others thoughts about how early they pull the trigger on the likes of Charlie Comben, Dyson Hilder, Karl Finlay and Jake Riccardi.

GOULD AND DAY TO REMAIN IN SOUTH AUSTRALIA?

Much has been talked about the South Australian Under-18 captain Will Gould sliding down the order out of the first round, with some believing he could end up in the 30s. However the man with the elite penetrating boot is believed to be in Adelaide’s thought with their back-to-back picks in the 20s. With Gold Coast also keeping a close eye on how the draft pans out, it is now believed he will be snapped up in those picks. Meanwhile, Will Day is expected to land at Port Adelaide with the Power’s first selection, but Hawthorn could play the role of spoiler with the selection right before.

If McAsey remains on the board at Carlton’s selection, expect the above clubs to come knocking. While Carlton is believed to have settled on Stephens at the pick, the Blues might look to move back a few picks to secure a couple of needs rather than wait for the large gap between their first and second picks.

DEES AND DOGS TO EYE OFF SMALL FORWARDS

It is not so much a whisper as it has become public knowledge, but both Melbourne and the Western Bulldogs are keen on obtaining a small forward with their respective first round selections at Pick 10 and 13. The Demons have first crack and are tipped to be favouring Kysaiah Pickett, but Cody Weightman is still very much in the frame. The Dogs will likely pick the player that slips, though Miles Bergman is another consideration – not withstanding the fact that both Hawthorn and Port Adelaide make selections between the two clubs.

HAWKS TO OPEN UP FIRST ROUND

While many pundits seem to have the top 10 close to worked out, Hawthorn is the first club that has many experts scratching their heads. Brodie Kemp is a high possibility, with Day also a consideration. They could well look at the sliding Deven Robertson, or perhaps they look at one of the number of small forwards floating around. Worrell will still be on the board and might be someone the Hawks look to for height, but depending on the Hawks’ move, that will change the drafting landscape.

Sydney is looking to add speed to its list with West Australian Elijah Taylor and Northern Knights speedster Sam Philp among those players the Swans are considering for their two picks in the second round. While it is believed Flanders will be the Swans’ first selection, Sydney will look to bolster its midfield and forward group with Philp and Taylor.

While Harrison Jones might be a target for Collingwood to replenish its key forward stocks, the Magpies will need to find a way back into the first round by giving up their 2020 first rounder. If they cannot move from their second round pick, Collingwood may look to Subiaco’s Georgiades – who is now believed to be possibly off the board – while also being heavily linked to Werribee’s Riccardi at the next selection. They have to be wary of Essendon who has two picks just ahead of the Magpies, and while one is believed to be used on an inside midfielder – such as South Australian MVP Harry Schoenberg who the club has been linked to – they will likely try and snap up a tall whether that is Riccardi, Emerson Jeka or Comben.

North Melbourne has traded its way into having a successful draft hand so it now holds three picks in the second round within close succession of each other. They can address multiple needs with speed, skill and perhaps a tall all on the agenda. Yesterday there was suggestion South Australian tall Will Gould might be there and while it is a possibility, Adelaide is expected to pounce first. Philp or Schoenberg are a couple of others who may come into consideration to recruit ahead of their rival clubs.

‘RUNNING MAN’ TO GIVE TIGES SOMETHING TO THINK ABOUT

Greater Western Victoria (GWV) Rebels’ midfielder Jay Rantall, dubbed the ‘running man’ is in first round considerations with Richmond holding the final pick inside night one. While the Tigers are expected to select Cooper Stephens or West Australian Trent Rivers with the selection, Rantall is still in the mix. The talented clearance player and fierce tackler will likely land somewhere early in the second round between Gold Coast to Adelaide’s selections with the three clubs occupying the first four picks of night two.

LIONS’ GOOD PROBLEM TO HAVE

Not often are clubs in such a good draft position that they might have to think about how to add Academy selections to the list without matching bids, but that could well be the case for Noah Cumberland, Keidean Coleman and Lachlan Johnson. The Lions have expressed interest in both Cumberland and Coleman, while Johnson has been nominated as a possible rookie. Add in the fact the likes of Will Martyn and Bruce Reville – members of the academy – have been nominated and they will have to manage their senior and rookie lists carefully.

Unfortunately for the two clubs that enter the draft last and with little impact in terms of picks, there is not a great deal happening. But both clubs were busy during trade week and therefore have been forced to move on many of their picks. The Eagles would look to pick up a surprise slider or a mature-age talent to continue their push for a flag, while the Saints will likely pick best available when they enter at Pick 51. Both might consider trading down for a couple of picks to ensure they can have a couple of top 70 players. St Kilda will have Bigoa ‘Biggy’ Nyuon to look forward to late in the draft or even as a free rookie selection.