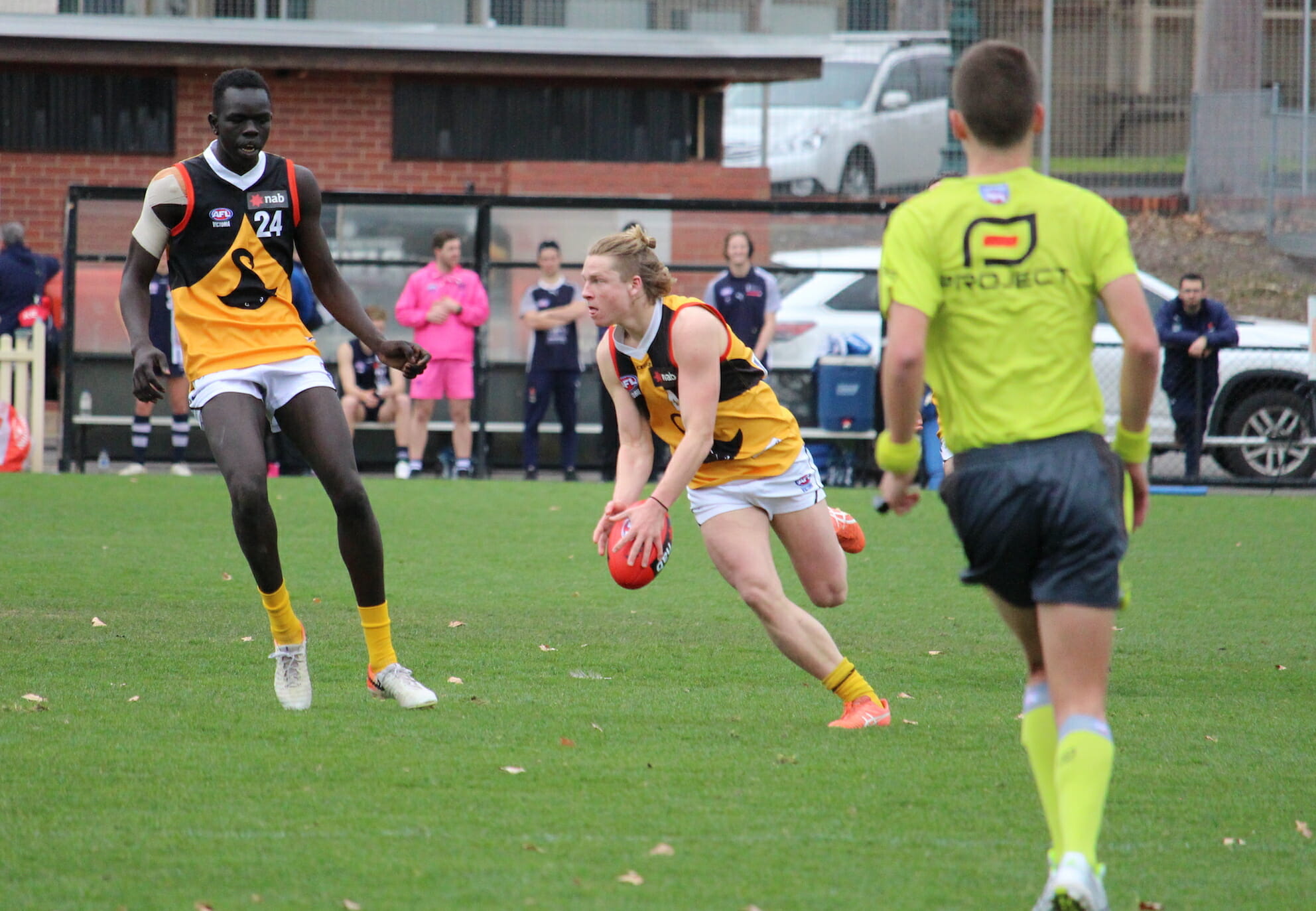 WESTERN Bulldogs are coming off a much-needed finals series after a premiership three years ago where since that memorable day in 2016, the Dogs have not been able to maintain the rage. Showing some promising signs in the second half of 2019, the Western Bulldogs filled holes at either end of the ground by bringing in Alex Keath and Josh Bruce to fill key defensive posts, with perhaps one more needed in the defensive 50 to sure it up. They could also consider a small forward or outside player with some speed and skill to complement their exciting young list which is building towards something special.

The Dogs enter the draft at pick 13 which means there should still be plenty of talent on the board. They would consider Sandringham Dragons talls, Fischer McAsey and Josh Worrell, the latter of whom should at least be on the board then. Luke Jackson could have teamed up with fellow West Australian Tim English in the ruck over the next decade to be the most exciting ruck partnership but he will most certainly be gone by the time Pick 13 rolls around given Melbourne’s intent to take him. In terms of their smaller options, Cody Weightman might be a consideration, as would Miles Bergman and Kysaiah Pickett, two of whom should be there at Pick 13 – depending on what Melbourne does – or perhaps a bid on Liam Henry if one has not already been placed.

Potentially they could trade down on draft night if the talls are gone and pick up a couple of players to fill needs. There are a few clubs who might be able to work something out, but Geelong with picks 17 and 24 will probably be the closest to what the Dogs would want, though the Cats are more keen to move further up using pick 14 packaged with 17. Realistically they will stay where they are, take a top talent with 13 and then see what is available at 53, or split that pick for a couple of picks marginally down the order.

By the time pick 53 rolls around it will be hard for anyone to predict what might be on the board. In terms of talls, Emerson Jeka is a possibility, as is Callum Jamieson, both of whom could be long-term key prospects. They might look at more mature-age talent like Williamstown’s Joel Ottavi or giving former Eagle, Luke Partington a lifeline. If Ned Cahill was still on the board – which is unlikely – the Dogs would pounce, or they might eye of the likes of Jai Jackson or Riley Baldi who can hit the scoreboard and apply pressure to the opposition. If the Bulldogs opt for slightly taller forward options, South Australian duo Callum Park and Josh Morris, Western Jets’ mid/forward Josh Honey and Dandenong Stingrays’ utility Lachlan Williams might be considerations. More mature-age prospects are Sam Lowson and Jake Riccardi for a medium and taller option respectively.