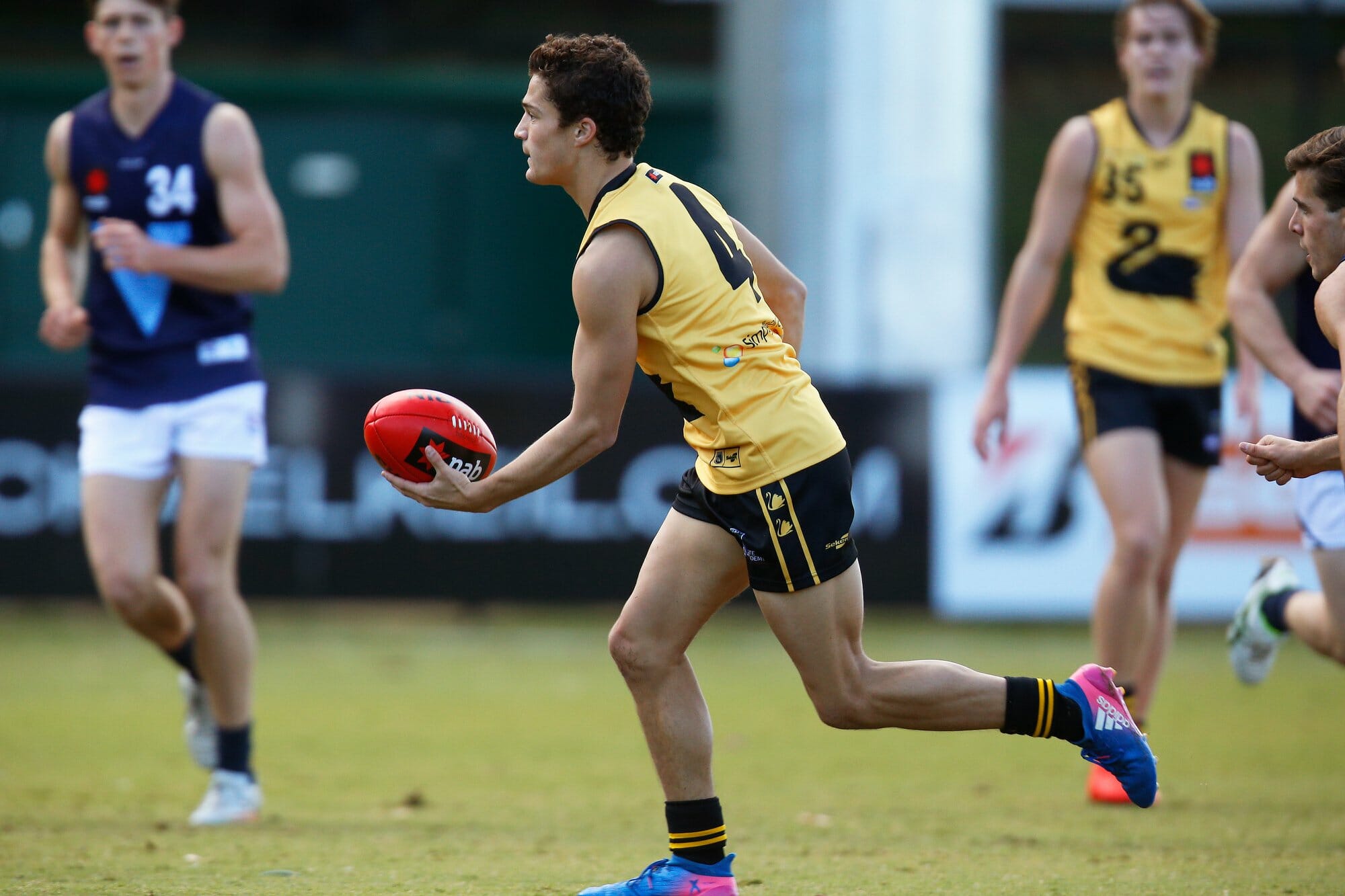 WEST Coast heads into 2020 as arguably the most balanced list across the competition, with depth across most positions and adding Tim Kelly to a side that was already a premiership contender signals what they might be capable of next year. However everything comes at a cost and grabbing yet another A-grade midfielder has cost them their seat at the draft for the vast majority, placed in the 2019 AFL Draft with picks 46, 91, 108 and 126 – the worst of any club in the competition. The big plus is them not needing a great deal, with only players to replace other ageing talents as the main goal.

Coming in at pick 46, it is difficult to determine who might be there by then, and what the Eagles might look at. They might try and add a mature-age prospect to further strengthen their list and bring an immediate player into the fold. Whether that could be a Cole Gerloff or a Frank Anderson to add something in multiple positions, or if they go taller for key utility Joel Ottavi or key forward Jake Riccardi, it is certainly a pick that could go either way. If the Eagles look to youth, the talls available might be Charlie Comben, Callum Jamieson or Nick Bryan who could fill a long-term role as forward-rucks, or going smaller, if Sam Philp is still there they might pounce, or look locally to the likes of Jake Pasini, Riley Garcia, Chad Warner or Trey Ruscoe to fill a need. If high-flying Mitch Georgiades was still on the board, West Coast would have to consider him as a long-term key forward replacement.

There is not much the Eagles can do other than trade down to try and bridge the gap between their first and second picks. The Eagles could try and swing a deal with next year’s picks but might struggle given their draft placement, and will more likely head to the draft with one or two picks in the third or fourth rounds, which is the downside of being a strong side that has added more class and talent to its list over the off-season.

As mentioned, the Eagles could well trade down, but if predicting pick 46 was difficult, then 91 or any others the Eagles use are near on impossible. They will just have to assess which players are left by the time their pick rolls around, but be comfortable in knowing the evenness of the draft in the second half means they could get a fourth round value pick in the seventh round. They will have a chance to snap up some players before the rookie draft which is always a bonus, and may well pick up a slider from a player who due to injury or other circumstances might be floating around. Riley Garcia is a local player who while he should be off the board before then, would be one too hard to ignore, while Isaac Wareham is another who could add a long-term need to the team. Ben Sokol is a readymade forward who has been dominant in the WAFL this season, while a sliding injured tall like Jack Bell could potentially fall in their laps. It is difficult to calculate, but the Eagles will at least be able to find some diamonds in the rough despite the late picks.