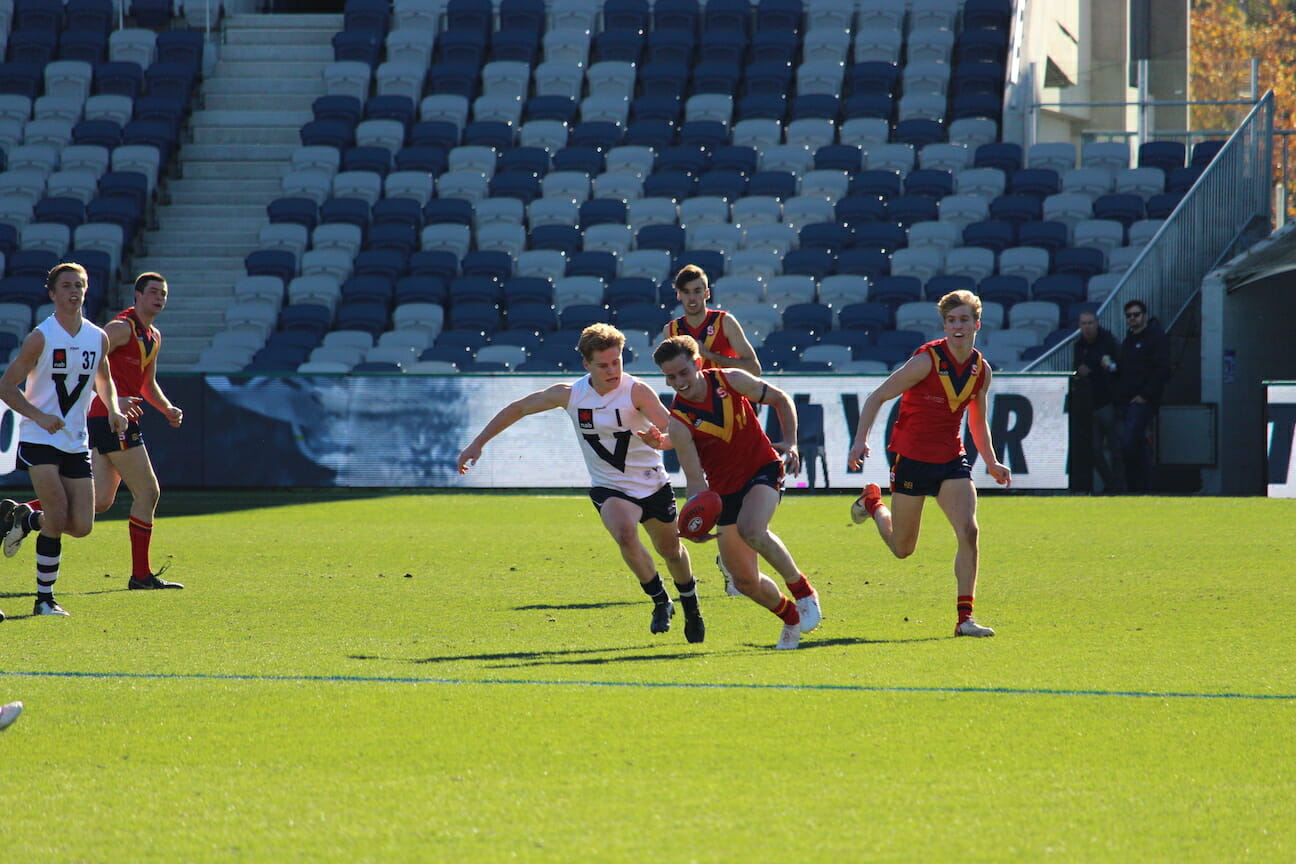 PORT ADELAIDE has bolstered its first round hand heading into the 2019 AFL Draft, looking to replicate the success of last year’s haul. With good value in sliders and some clear list needs, Port is in a position to pick up a steal and plug holes as intended coming in. Later picks will likely be used to cover a second round bid for father-son prospect Jackson Mead, with the Power poised nicely before the all-important two nights.

The most pressing need for Port Adelaide will be to fill the key defensive void left by Dougal Howard, and there is a handful of prospects who could do just that. Fischer McAsey is arguably the best key position utility in the draft, but will be all but gone with Adelaide expected to pick him up, Hawthorn right before Port, and Geelong possibly looking to trade into the top 10. Others in contention include Josh Worrell, who can also play at both ends, while Brodie Kemp played the centre half-back role at junior level but is not quite key position height. Should South Australian prospect Dylan Stephens slide out of the top 10, he would be hard to ignore given his senior experience and mix of inside/outside qualities.

Port Adelaide has jumped the gun and already traded picks ahead of the draft, giving up next year’s first round pick with picks 29 and 71 to receive pick 16, 52, 55, and 72 from Brisbane. This not only gives them access to three first-rounders for the second year running, but allows for a greater buffer when the inevitable bid comes for Mead. With the other father-son to consider, Trent Burgoyne likely to garner a rookie selection, Port looks to have already made its pick swap move.

A strong first round hand means Port could replicate last year’s effort, with plenty of readymade talent set to land around the mark. Worrell may well be available with pick 16, but it could also be used to bring in smaller options like Trent Bianco or local boy Will Day as half-backs. Pick 18 is another interesting one, with Vic Metro tall Harrison Jones in the frame if they are yet to get a tall by the third pick. Miles Bergman is another player whom might be considered if on the board given his upside and strength overhead. Depending on where a bid for Mead comes in – with the 25-35 mark a good range – a hat-trick of Port’s later picks will likely be used to match, leaving room for a few relative free hits in the back-end. They could likely be used on local or mature-aged talent, as is in-vogue at the moment. As mentioned, Burgoyne looks like being taken in the rookie draft if anything.