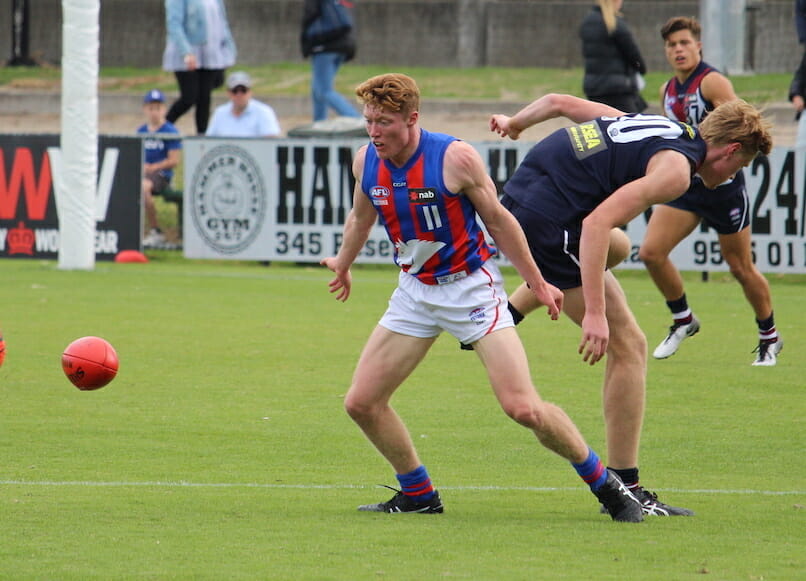 GOLD Coast SUNS were the talk of the AFL Draft a few weeks back when the AFL announced a package to help the struggling club and try and get them back on the right path again having been stuck in a cycle of high picks coming and going and not being able to break into the top eight since the SUNS’ inception in 2010.

NOMINATED ACADEMY/FATHER-SONS: N/A – Connor Budarick, Matt Conroy and Malcolm Rosas signed. Josh Gore and Hewago Paul Oea a couple of others tied to the Academy who might come into consideration to be pre-listed.

Matt Rowell. It is no surprise that the Oakleigh Chargers star is going to be the first name called on draft night, and his close friend Noah Anderson will not have to wait too long with the midfielder/forward the next name to come off the board. The pair will be a great addition to the SUNS and should slot in Round 1 next year, with Rowell likely to have a similar impact to Sam Walsh this year.

The SUNS do not really need to do too much given their draft hand, but they might consider packaging up Picks 15 and 20 for a higher selection, perhaps doing a deal with Carlton for Picks 9 and 43, which would allow the SUNS to have a third top 10 pick. Melbourne at Pick 8 might be another thought for the couple of selections, or Hawthorn might consider 11 and 30 for 15 and 22 if Finn Maginness slips down past 15 – though they will not know it until after the trade has been done. Port Adelaide holds Pick 12 but will be unlikely to drop down given its key position needs, while the Bulldogs may opt to drop down in a deal a couple of picks, but the SUNS would need to know the benefits before doing a trade.

When the remaining picks – outside of some late selections – are Picks 15 and 20, you enter the draft with great optimism. There has been some talk about whether the SUNS try and bring in Trent Bianco and Dylan Williams to make it an Oakleigh Chargers quartet up in the Sunshine State. They should consider Will Day – cousin of Sam – who not only fills a need but also supports the club because of his cousin. Having Bianco and Day if possible would be superb running off the back flanks, or they might opt for Trent Rivers who provides a taller midfield option for them. If they end up pre-listing Gore or Oea, then the SUNS have met their forward needs. Will Gould or Josh Worrell if available would be a good pick to add some great depth to the side with the former likely to be able play from early on in the season. Nail this draft and they will surely begin to see the tide turning.