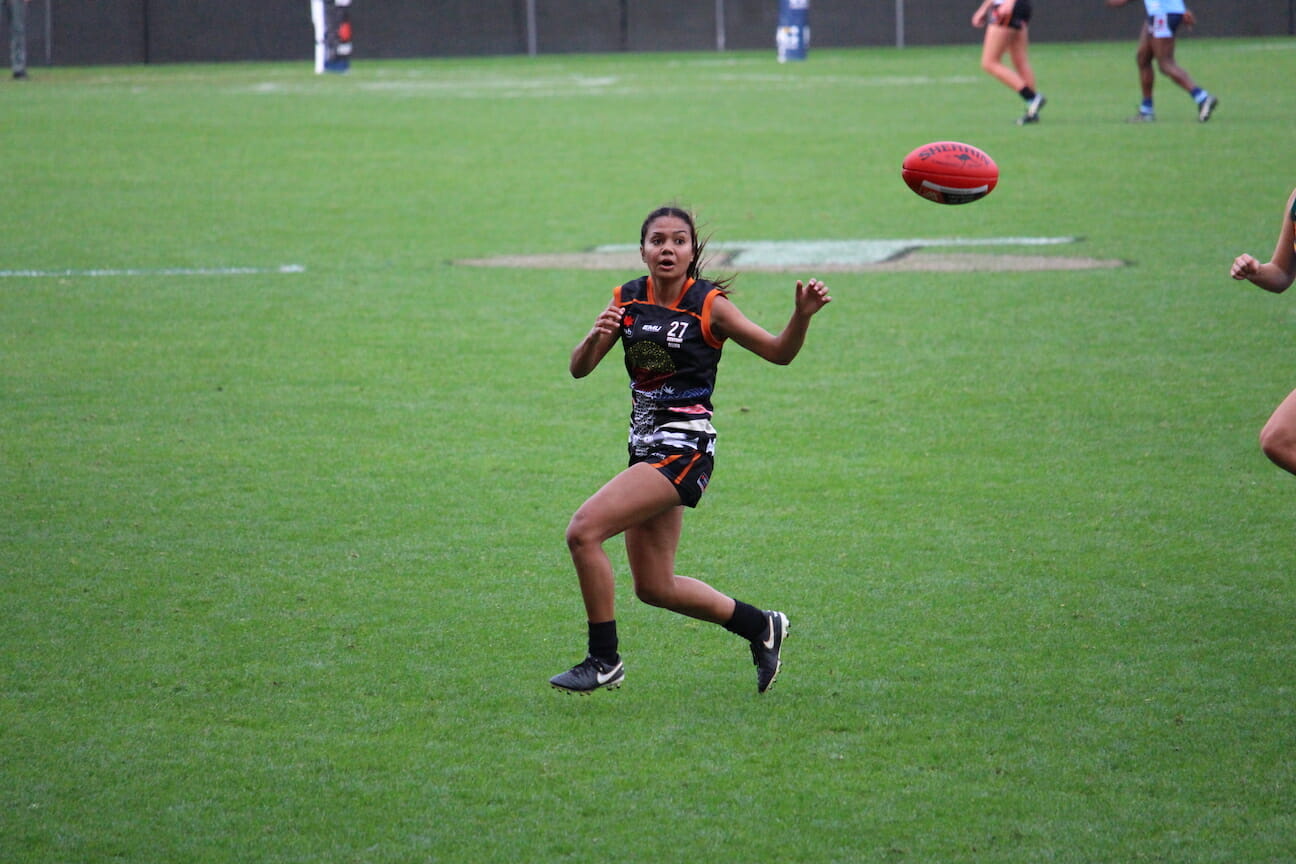 THE Northern Territory Football League Women’s Premier League is set for another big week, with Round 7 ultimately starting the lead-up to the middle of the season. Five teams side on the same win-loss ratio and are separated by percentage alone, creating some real unpredictability across the ladder with a number of matches this round that could potentially go either way regardless of ladder position.

Pint is set for an interesting match this round against Waratah, a strong side that has not necessarily yet shown the firepower we have come to expect from them bar last round against the bottom of the ladder. For Waratah, this will be an opportunity to latch onto another win, and with confidence aplenty after last round Pint could really be under the pump despite sitting in the top five. Jenna Singh and Madeline Gault are sure to get up and about after a solid few weeks on track for the ‘Tahs, while Madison Yarran will hope to get a second call-up after booting six goals in her season debut last round. For Pint, Jasmyn Hewett is the leading goalkicker thus far with seven goals to her name while Emma Greaves and Erin Hetherington are sure to put in the hard yards.

While the Big River Hawks will be on home turf in Round 7, they will have a real tough one when they take on fourth ranked Southern Districts. As the newest side to the league the Hawks have struggled to find form this season and are yet to win a match after struggling in most of their matches. While they have plenty of potential, they will have a tough time against the Crocs who have firepower and pressure to boot. Crystal Browne, Deanna Peckham and Gretel Bailey-Preston have proved themselves to be strong competitors for the Hawks despite issues getting goals on the board, so are sure to stand up in front of a home crowd in Katherine. For the Districts, Lateesha Jeffrey has been a dominant force down back, swinging forward when required and playing a vital role across the field. Meanwhile, Ebony Miller will provide a solid target forward.

It’s the Wanderers’ turn to take on the ladder leaders in Darwin Buffettes this week, with a massive contest ahead of them. The Wanderers have started the season fairly well with three wins on the board, only lower on the ladder due to their percentage – something that could be an even bigger issue after this week, given the Buffettes’ ability to not only apply phenomenal scoreboard pressure but also deny other teams chances at goal. The Buffs are well and truly dominating at this early stage of the season so will want to keep that consistency alive with a big match against Waratah coming next round. Jemma Iacono and Tayla Hart-Aluni have proved their consistency across the start of the season, while the 18 individual goalkickers on the Buffettes list proves they can really play any combination of players on their list and rely on any number to stand up in the forward line. As for the Wanderers, Shekeine De Satge has been a dominant performer every round with clean hands and kicking to boot along with Pierre-Agelique Koulakis, while Ahmi Narkle had a good week on the track so will want to back up last round’s effort.

The second match of the TIO Oval 2 double header will see an interesting battle between eighth and ninth on the ladder, with Tracy Village only having won one match and raring to go. The Saints haven’t started much better, only winning two games so far, but coming away with solid margins in both matches to give St Mary’s a leg-up going into this contest. Danielle Ponter and Sharna Edwards have been consistent performers for the Saints across the first few rounds, creating plenty of ball movement and proving they can have an impact on the scoreboard with young gun Aaliyah Bailey will want to get back in the forward line to create scoring opportunities. For the Razorbacks, Tara Everett and Alexandra Biggs have been solid performers throughout the season so far while the consistency of Lisa-Maree Toner and Zhoe Clarke has been vital for the side.

This match will be a real kicker, with the two teams separated by a number of other teams in a battle of third and sixth on the ladder, however going into this match having won the same amount of games making for an interesting contest. Nightcliff have had an unprecedented start to the season while the Magpies have had some bumps along the way, so both are sure to go hard into this match with plenty of good matchups across the field. Arthurina Moreen has had a massive few weeks for Palmerston with 12 goals across six matches, while Billie Byers, Iesha Ronberg and Natasha Medbury have been repeated performers proving the side has plenty to offer. Nightcliff has benefited with the addition of Mickayla Ward over the past few weeks, earning best on ground nominations across all three of her matches while Eliza Morrison and Emma-Lou Wolsey have continued to perform despite strong efforts from their opposition.