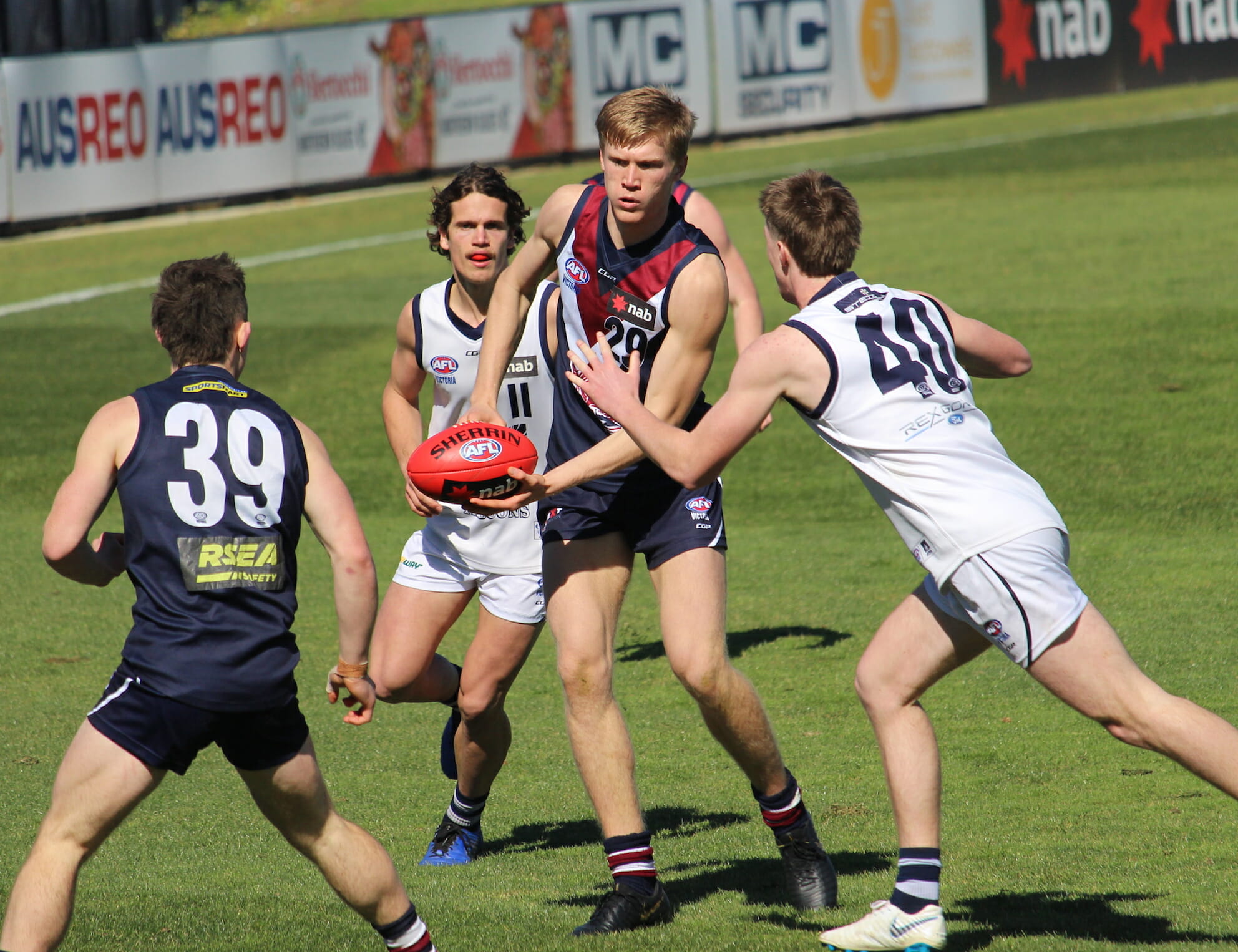 FOR the first time since 2001, Geelong heads into the 2019 AFL Draft with an array of first half picks, lead by two top 20 selections. Tipped to potentially be a big player on draft night in terms of live trading, the Cats have positioned themselves well after the departure of Tim Kelly to West Coast, and will be keen to grab some readymade selections who will also have a long-term future in the blue and white hoops.

Geelong has publicly stated it wants to work its way back into the top 10 if possible, which means those clubs with Academy ties, in particular Fremantle, might bite at the prospect. Given the Cats need another ruck and key forward, the likes of Luke Jackson and Fischer McAsey would come into thinking, with McAsey able to play down either end. Sandringham Dragons’ teammate, Josh Worrell would also be a good shout at that selection, or if he slid to 17, but both could foreseeably be off the board at the same time. Will Gould is a natural footballer who could fill a need in defence for the future, while the Cats might end up going best available and replacing Kelly with Deven Robertson who is not too dissimilar in terms of his inside winning capabilities, but still have pace but greater defensive pressure. Trent Rivers is another who could play a multitude of roles and is that good size at 188cm and 83kg.

As mentioned above, Fremantle might consider trading Picks 10 and 22 for 14 and 17, which would catapult Geelong into the top 10 and almost certainly guarantee them one of the three talls in Jackson, McAsey or Worrell. Filling four spots on the Cats list, it is unlikely they will trade down, unless dropping their pick 24 gives them a higher pick in their first two selections.

If they can trade up, Geelong might also eye of Geelong Grammar teammates, Caleb Serong – if he fell far enough – or Brodie Kemp who fits the bill as that speedy inside midfielder who has high upside. At pick 17 and 24, local Geelong Falcons’ midfielder Cooper Stephens might come into the thinking, while speedy inside midfielders Jay Rantall and Sam Philp would be considered at 24 and 36 respectively. Flynn Perez and Jeremy Sharp are some other names that provide some dash around those later Cats picks, or if Geelong goes tall with one of those selections, Charlie Comben could be a perfect fit as a forward/ruck at 36. The Cats draft night will depend on how they fair with live trading and whether or not they can jump into the top 10, because if they can, and Jackson is still on the board, it is hard to imagine they will not pounce on the big man who could lead their ruck division over the next decade.