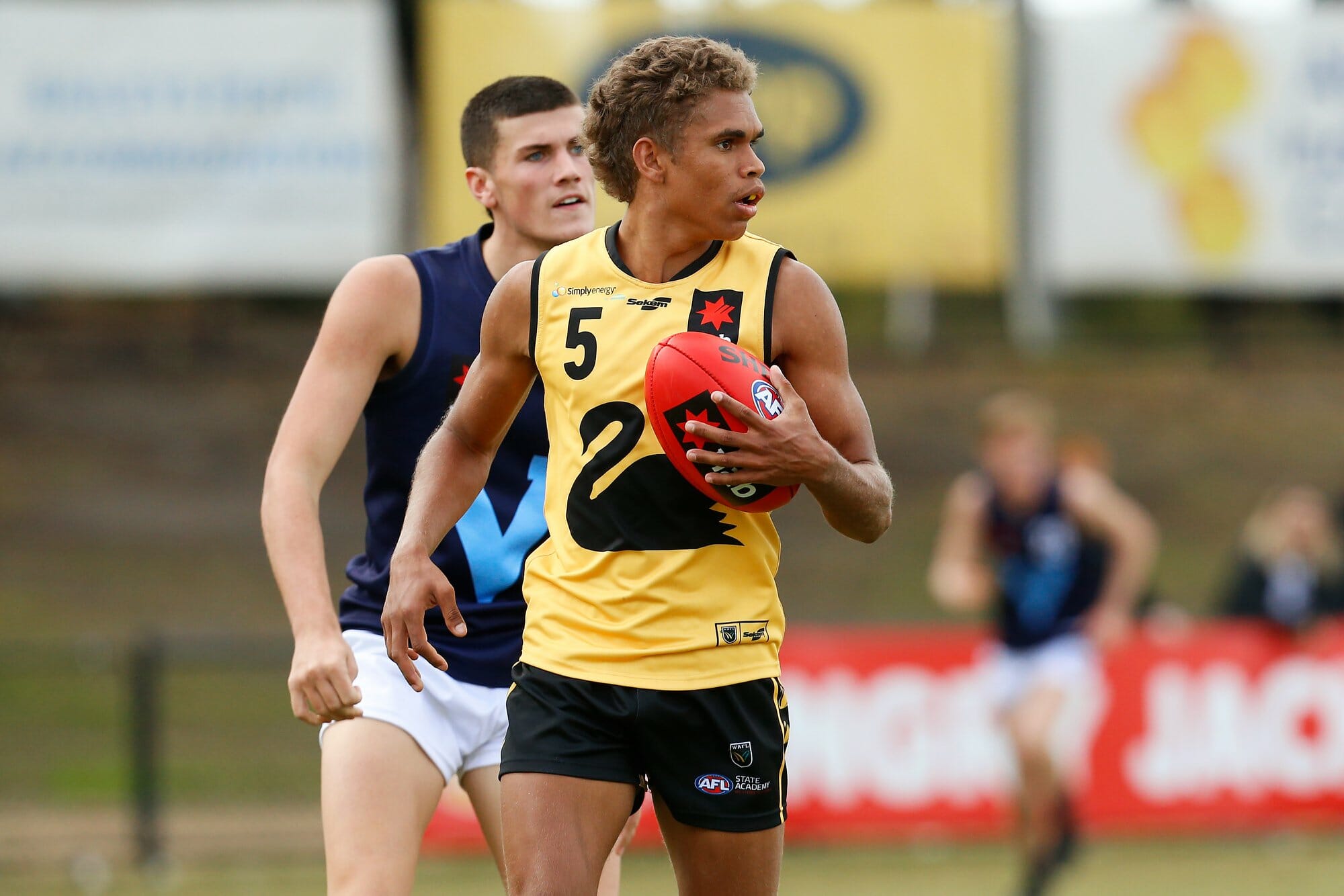 HOLDING one of the strongest draft hands heading into the 2019 AFL Draft, Fremantle is in a terrific position to continue its build up the ladder to try and break back into the top eight. The Dockers were strong players in trade week, bringing in Blake Acres and James Aish, while Ed Langdon and Bradley Hill departed the club, all up leaving six spots open on the club’s list. With two top 10 picks and Pick 22 sure to name three quality stars – one of which will be Liam Henry – the Dockers are primed to add some quality talent back on its list. After a host of retirements and delistings as well as the departures, the Dockers could use the draft to pick up some speed and skill around the ground particularly through the middle. A ruck would not go astray with Aaron Sandilands and Scott Jones both departing, while some extra firepower up forward at the feet of the key position players would also be handy.

Outside midfielder with speed and skills
Small/medium forward
Ruck

It is an interesting scenario for Fremantle coming into the draft at Pick 7. It is expected the Dockers should be safe from having to match a bid on Henry at this selection, so they can pick safe in the knowledge he fills a need by himself when he heads there not too long after the selection. Western Australia (WA) Under-18 Championships winning captain and Larke Medallist Deven Robertson might come into the thinking, possessing the speed required but still being predominantly inside. Dylan Stephens fits a perfect need and would be a perfect choice for the Dockers to team up with Henry over a decade on either wing, while one would think Luke Jackson would at least be a fleeting glance with the speed and skill important, but the lack of ruck options in the draft might see the Dockers grab the WA ruck. With Pick 10 so close, it would be ideal if Fremantle can survive to that pick without a bid on Henry which is certainly possible, just not guaranteed.

Fremantle is one of the favourites to get down and trade on draft night with the Henry bid certainly a talking point. With Tom Green the only likely player to be taken ahead of Henry in terms of Academy selections, and Finn Maginness not far behind, the Dockers might look to trade down from Pick to be able to match Henry while gaining an extra selection. If they know say Carlton at Pick 9 will bid on Henry, they could look to do a deal with the Blues, or potential leapfrog them and talk to Melbourne at Pick 8. Given the Demons’ next pick is 97, it will need to likely involve a selection from next year coming back the other way with the Dockers not going to give up Pick 22 and 10 for 8, while the Demons will not want to drop two places in the top 10 for the bonus of Pick 58. They could also look to package up 10 and 22 for for a couple of picks in the teens, such as Geelong’s 14 and 17, enabling them to match Henry, while upgrading their third selection.

After Fremantle has decided what to do with Pick 10, and likely have picked up a couple of top-end prospects as well as the incredibly talented Henry, the Dockers have a couple of selections to play with later in the draft. They might eye off local ruck, Callum Jamieson to fill the ruck void if Jackson was off the board by their selection early, or Charlie Comben or Nick Bryan if they have slipped to their Pick 58. Some outside speed and skill that might be available late is the likes of Ben Johnson, Josh Shute or even Isaac Wareham, while to fill roles up forward, Jai Jackson, Callum Park or Josh Morris might fancy them at those selections. Lachlan Williams is another interesting pick that could land somewhere in the back-end of the draft and he fills roles up both ends. They have some decisions to make, but it will be fascinating to watch them.