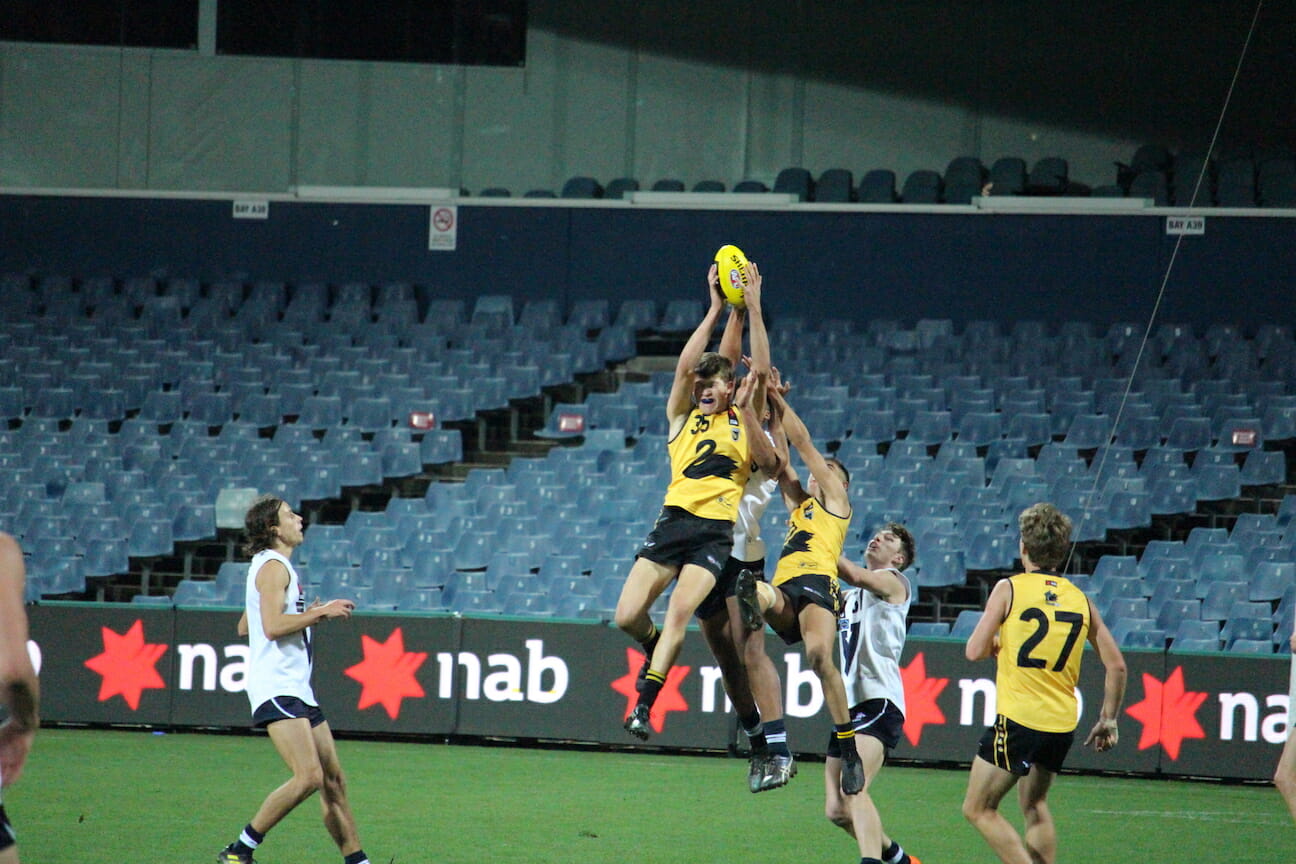 COLLINGWOOD heads into the 2019 AFL National Draft with a less than inspiring draft hand which means the 2018 Grand Finalists and 2019 Preliminary Finalists will need to get creative with their picks. Luckily for the Magpies, they have been two kicks away from a flag and a second Grand Final, so the strength in the list is there, with just depth needed across the board. They need to address a lack of key position players, with both form and injuries taking a toll, particularly a lack of key position forwards, and perhaps another ruck – though they acquired Darcy Cameron in the off-season. Otherwise some speed and skill around the ground to replace the recently retired or ageing stars most of whom possessed pace with enough elite inside midfielders at the Magpies’ disposal.

At Pick 35, the Magpies will either need to hope there is a slider or perhaps pluck out a surprise player at the selection. West Australian Mitch Georgiades could well slide into that range, which would be a risk given he missed all of his top-age year, but his athleticism and high flying marks would certainly provide the Magpies with something different from a tall. However he is not the traditional key forward height, so if Harrison Jones is available he might be the first choice, while Jake Riccardi might be considered here, though they could hope he slides to their next selection. A couple of left field choices could be Fraser Phillips or Karl Finlay, with the former providing some X-factor and skill inside 50, while the latter provides the rebounding key position depth in defence.

The Magpies need to do something as they seem to be stuck in the AFL Draft’s version of no-man’s land. They are just beyond the picks likely to secure a key position player they need, and ahead of the next batch which might be 10-20 picks below. This means Collingwood will need to either trade up – perhaps looking at Brisbane’s Pick 21 for a second rounder in 2020 along with their Pick 35, or one of North Melbourne’s Pick 26 or 27 to try and secure one of their key targets. Or perhaps the Magpies will trade down, offering up Pick 35 to perhaps Brisbane again who might want another pick before they need to match their Academy picks, which Picks 48, 52 and 55 are there, or more likely perhaps a Hawthorn with Pick 42 or 54.

With what the Magpies have left, they could hope Riccardi slides to Pick 62, or perhaps snatch up another available tall such as Charlie Comben, Nick Bryan or Callum Jamieson, or Cooper Sharman if the tall forward is on the board. Dyson Hilder down back could be a consideration if around, or Jake Pasini. If they go smaller, perhaps the Magpies pluck out a school footballer again with a Derek Hine special – picking up a Louis Butler or Kaden Schreiber. One player to keep an eye on is Angus Baker with the Canberra Demons’ half-back a terrific user of the ball and one that the Magpies would be keen to snap up as he fills an immediate role in the side. While their picks are not great, the Magpies can look to mature-agers and plug holes where required.