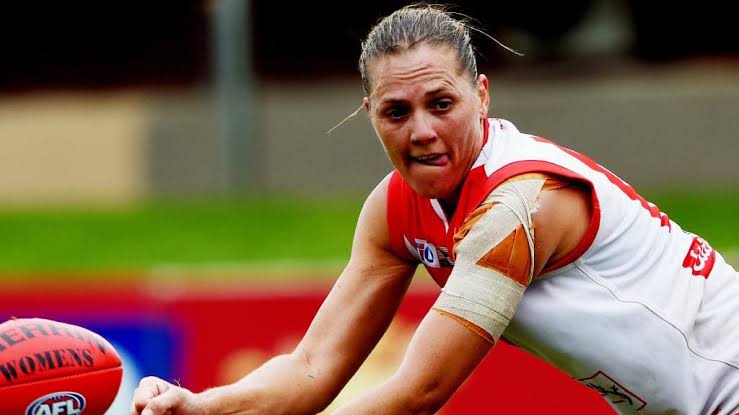 IN Round 6 a number of big matches played out, with Waratah well and truly producing their best match of the season so far against an ailing Big River Hawks outfit, while Nightcliff broke a multiple season-spanning hoodoo with a win over Tracy Village. Meanwhile, St Mary’s held up well against the offensive prowess of a strong Buffettes side.

In yet another frustrating finish for the league’s newest side, Big River Hawks went down to Waratah in the largest margin of the season so far, losing by a whopping 162 points. A small win for the Hawks saw the side boot one goal in the massive match, having failed to do so in two of their five previous matches, so ultimately proving there is capacity for improvement even against tough sides the likes of Waratah. For Waratah, this match seemed to be more kicking practice than gameday, and though the side kicked a whopping 25 goals they still had a hard time kicking straight with 18 behinds softening the blow and proving that the side will be a real force to be reckoned with if they can reign in their inaccuracy. Waratah had nine goalkickers for the match with Lisa Roberts (seven goals) and Madison Yarran (six) starring up forward, while four others put multiple goals on the board for the ‘Tahs. For the Hawks, Fiona Joshua was the lone goalkicker in her first match of the season, while Crystal Browne and Deanna Peckham continued their impressive start to the season with their unrelenting effort a real feature of the match.

For Nightcliff, this was a solid win that saw their confidence lift, beating Tracy Village by 22 points. With this win, the Tigers have breached a massive losing streak spanning three seasons, winning their third game of the season in a massive confidence booster for the club. This win puts the Tigers in sixth on the ladder, sitting 50/50 for wins and losses this season and relegating the Razorbacks to ninth in what was ultimately one of their best chances in getting a second win on the board this season. The Razorbacks struggled early, unable to penetrate Nightcliff’s defence and ultimately not providing a competitive match from the get-go. While their defensive unit worked overtime, Tracy Village’s forward line seemed to go missing for the first three quarters, only really appearing in the final quarter and putting three goals five on the board late in the match. Nightcliff’s Jacqueline Anyon-Smith starred in her second match for the season, providing a solid target forward and kicking four goals thanks to the strong efforts of Eliza Morrison and Emma-Lou Wolsey down the field.

The third match of the round pit the Wanderers against Pint, with the away team getting the chocolates in the 33 point victory. With the Wanderers having a solid season so far they looked good early, before Pint found their form and ultimately proved they have more in them than their early season results suggest. While the Wanderers had a solid start, competing well in the first half, they found it hard to hit the scoreboard in the second half with Pint tightening up their defence and applying solid pressure across the field, denying easy ball through the midfield. Jacqueline Downey proved her ability with two goals for Pint, aided by five other goalkickers, while Georgia Halkitis and Ahmi Narkle put a goal apiece on the board for the Wanderers in a tough match to play up forward.

St Mary’s had the tough task of taking on Darwin Buffettes on the weekend, booting only one goal, five behinda but ultimately keeping the Buffs to a closer margin than expected. The Buffettes have showed time and time again that they are the team to beat this season, and while this match did not show that form in its entirety, they kept a competitive St Mary’s outfit at bay to ensure they got a sixth consecutive win on the board. St Mary’s started well, keeping the Buffettes scoreless in the first quarter and remaining even by half time, before the Buffs pulled out a solid win from an impressive second half effort to take the lead at the final change. The Buffettes lacked their usual excitement on the field, lacklustre early and giving the Saints far too much opportunity to move the ball down the field. While the Saints didn’t come away with a win, this match proves St Mary’s have plenty under their belt that may not have had a chance to flourish yet. Jemma Iacono and Kylie Duggan were among the best for the Buffs, while the side lacked its usual flair for multiple goalkickers as six individuals got on the board.

The final match of the round saw Southern Districts well and truly wreak havok on Palmerston Magpies after bumping them out of grand final contention last season, with the Magpies unable to compete against the strong full-field effort of the Crocs. A strong third-quarter effort from the Magpies just was not enough against the Districts, with the effort seeing the side boot two goals nil for the quarter after going goalless in the first half. While it looked like the comeback thew Magpies needed to get back into the game, Southern Districts would not go down without a fight, kicking two goals five in the final quarter to run away with victory. Freda Puruntatameri was the lone goalkicker for the Magpies, finding good separation in attack and bursting out of the pack to find the footy, but unfortunately held well after a stellar third quarter. Billie Byers and Khani White were also named in the best on a rough day for the Pies, finding the footy well but unable to execute against the Crocs.