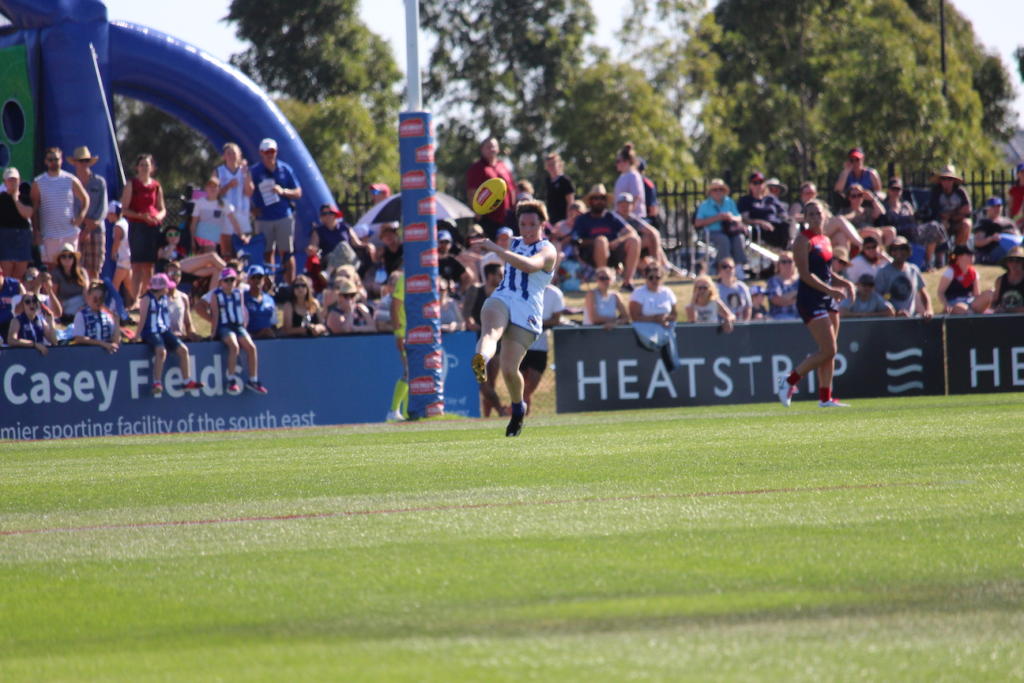 EIGHT home-and-away season rounds and three weeks of finals are what awaits the AFL Women’s sides in 2020 after the official fixture was announced this morning. The extra week during the regular season and extra week of finals means players will have extended the season by up to two weeks for grand final teams, and at least one week for every other side. The eight-round season will increase to nine and 10 rounds in the 2021 and 2022 seasons respectively.

The 14 teams – including four expansion sides – have been split into two Conferences, with five Vic Metro teams all included in one pool, along with the two West Australian teams, while Geelong, Richmond and North Melbourne Tasmanian Kangaroos are in the other conference with the remaining non-Victorian sides. While the conference system was highly criticised last season given the wooden spooner in Conference A – Western Bulldogs – would have made finals had they been in Conference B with the same win-loss ratio – the talking point in season 2020 will be travel, with the heavily-stacked Victorian conference to have less travel than their counterparts – and non-Victorian sides in the opposite conference.

The three week finals series will begin on April 4-5 with semi-finals, followed by two preliminary finals on April 11-12, and a grand final on the weekend of April 18. In the finals, the minor premiers of each conference advance through to the preliminary finals, to play the winners of second and third in opposing conferences who face-off in the semi-finals.

The season will begin on Friday, February 7, with Richmond and Carlton to open the season at Ikon Park – matching the AFL Men’s tradition. Other matches in Round 1 featuring expansion clubs include West Coast making its AFL Women’s debut at Victoria Park against the Magpies, St Kilda hosting Western Bulldogs, and Gold Coast SUNS travelling to Blacktown to face the GIANTS. In the other three games, North Melbourne travel to Casey Fields to face Melbourne, Brisbane and Adelaide go head-to-head in a repeat of the 2017 AFL Women’s decider, and Fremantle host Geelong over in the west.

Other blockbuster matches include the Grand Final replay between Adelaide and Carlton on Sunday, March 1 (Round 4), a Western Derby on Saturday, February 15 (Round 2) and a Q-Clash on Saturday, February 22 (Round 3). The latter two games are played at Optus Stadium and Metricon Stadium respectively to attract the largest possible crowds.

Each team will play every other side in its conference, as well as two sides from the opposite conference. The two crossover games are listed club-by-club below.