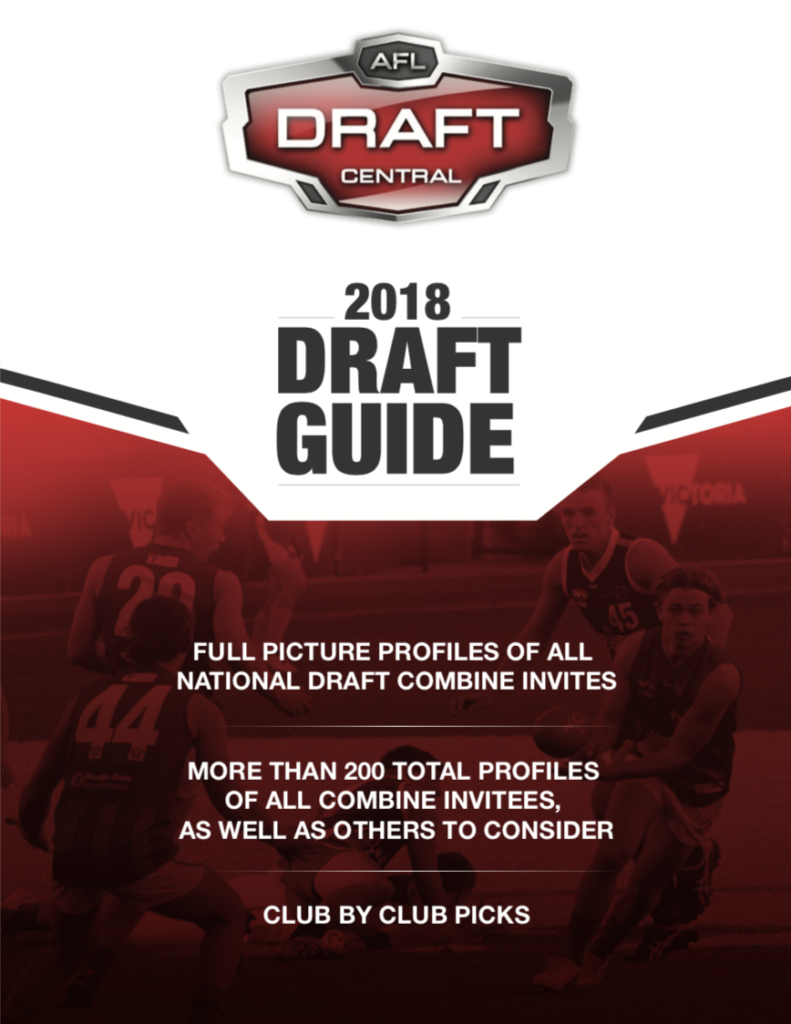 AFTER the successful introduction of the 2018 AFL Draft Guide produced by Draft Central, we have been hard at work over the past month compiling the 2019 edition. Given last year was our inaugural edition, we received and listened to feedback on the design of the booklet, and have gone out of our way to be bigger and better in 2019.

The edition to be released in early November will include:

* A colour coding system to rate:

For State Draft Combine profiles, three of the criteria will be used – Disposal, Consistency and Athleticism.

The edition will include profiles of more than 200 eligible draftees across National, State and Rookie Me combines, as well as a number of others who we’ve included as ones to consider.